It’s being called the perfect antidote for Internet phobia. And DuckDuckGo, a company that strongly advocates Internet privacy is making giant strides. This is primarily because the company has taken a most aggressive stance not to track people across the Web. Google and Facebook should take note. 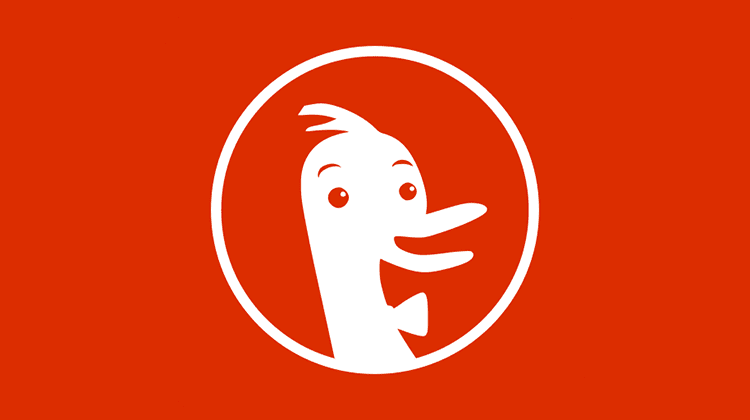 Is DuckDuckGo Any Better Than Google?

DuckDuckGo’s success has been due to the worldwide phobia that has set in on privacy issues after user privacy issues made headlines the world over after the Cambridge Analytica fiasco. In fact, DuckDuckGo has recorded a 50% growth in the last fiscal. Daily searches are touching a whopping 30 million mark!

What Makes DuckDuckGo So Special?

To begin with, DuckDuckGo has made the web less creepy and definitely more private. It took them seven years from their inception to reach the first 10 million daily search mark. But ever since there has been no looking back.

The growth has been unstoppable and unparalleled. In 9 years, DuckDuckGo reached the 20 million daily search mark and has now touched 30 million within a year! Now that’s something to write home about.

This 30 million may be a paltry figure as compared to 3.5 billion daily searches on Google, but there’s another twist to the story. Last year, as more and more people conducted online searches, Google’s share of the search pie, strangely enough, started decreasing steadily since August 2017.

This was largely due to the privacy and public relations nightmares that hit both Facebook and Google continuously ever since the violation of privacy issues arose.

How Reliable is DuckDuckGo?

Industry watchers opine that with the big techs being subject to intense scrutiny, tides have begun shifting. Users no longer consumers look only for great services but are also demanding premium and responsible corporate stewardship.

Ever since its inception, DuckDuckGo has worked on the philosophy of allowing its users to take full control of their online privacy, minus the tradeoffs.

Moreover, Google and Facebook are no longer trustworthy with their users’ personal information. That’s why a huge chunk of consumers are shifting towards DuckDuckGo simply on a growing trust in the company.

It is also employing a lot of experienced and knowledgeable professionals to raise the standards of online trust while also meeting increased demands with specific tools like https://duckduckgo.com/app mobile app and browser extension.

This has been created solely for protecting users, no matter where and when they surf the Internet. The company’s mission, in other words, is to eliminate the creepiness that the Internet has unfortunately induced in the minds of many and ensuring the deserved privacy, no matter what.

DuckDuckGo has also turned risks associated with social media and privacy headlines into educational opportunities. For instance, with Twitter warning that a couple of Direct Messages had been compromised, DuckDuckGo made use of its own Twitter account for making the masses aware of the happening.

It retweeted an article on the topic by BBC that reminds people that “Any private message unless totally encrypted, don’t really remain private in social networks.”

The company has also authored an incredibly easy-to-follow guide on how to transmit private messages that under any circumstances will remain private.

However, DuckDuckGo doesn’t offer private messaging services. Rather, it prefers to spread the awareness about privacy risks and in educating the masses on the issue.

It also enthusiastically endorses any company that promotes privacy protection practices. DuckDuckGo’s basic corporate philosophy is simple and straightforward: It never, ever stores any personal information.

People who have chosen to use Facebook, WeChat, Twitter, and iPhones now realize that these companies may have collected dossiers on the sites visited by consumers, the content they have read, who they have chatted with and their mobile locations also.

Moreover, they are completely disagreeable with these companies if they pass on their sensitive and confidential information to external parties without their prior consent just to make money from advertising.

That’s exactly where DuckDuckGo makes a difference. Yes, the company does earn its revenues from advertising. However, these ads are based on the entered keywords but aren’t personalized or customized by the user’s Internet history. Also, the concept of tracking is absent and there’s nobody to track your moves.

Your information remains absolutely confidential and the search engine never sells it off to external parties. This is simply because DuckDuckGo does not collect or store information. As a result, there’s nothing to sell.

Early this year, DuckDuckGo took a major step to empower its users to scour the web without the fear of being stalked. It launched a browser extension called Privacy Essentials. This successfully blocks all trackers anywhere on the Web.

It even allows you to click at any time to check the number of trackers blocked on any particular website. Additionally, you can examine historical statistics and take note of how any site’s “privacy rating” gets affected if the extension is active.

Users who have installed Privacy Essentials on their Ubuntu laptops have even reported that nearly 63% of trackers have been blocked on sites they have visited. Ironically, the biggest offenders were Amazon, media.net and, of course, Google.

However, DuckDuckGo isn’t exactly the fully fault-free, perfect product. Differences do show up in the types of results one gets.

That’s perhaps because these kinds of results could be less informed or less biased by your preferences and history. Moreover, the DuckDuckGo engine lacks the local results feature which Google offers. The company will soon make arrangements for that, however.

In fact, since 2016, it has notably improved its news and local results. DuckDuckGo will focus more on these types of improvements going forward. This includes the use of more and more local sources, translations and language detection fronts wherever and whenever possible.

In sum, DuckDuckGo has a strong case going in its favor, particularly at a time when Internet phobia if the ruling order of the day. You can also toggle it as your FireFox’s default search provider.