How to unblock banned sites in the UK using a VPN? UK ISPs such as O2, Sky, TalkTalk, BT, and Virgin Media are constantly adding more websites to their list of blocked sites in the UK. From torrent sites such as Pirate Bay and KickAss Torrents to streaming portals like Putlocker, Afdah, and FirstRowSports. It’s difficult to see where the orders to ban these sites will stop. If you are a UK resident, you can use VPN to unblock whichever banned site you want. Learn how to use VPN to bypass Internet censorship in the UK on Windows PC, Mac, iPhone, iPad, or Android. 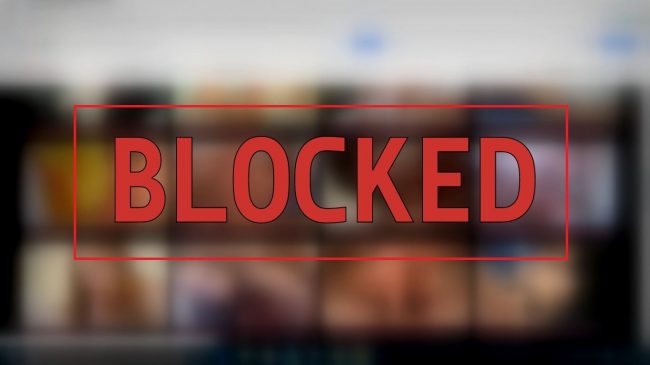 Unblock Banned Sites in UK – How to with VPN?

Banned Sites in the UK – A Brief History

In order to comply with court orders, UK ISPs began blocking certain websites years ago. Things didn’t just stop there, however. New sites are constantly being added. If you attempt to access any of these websites, you will be redirected to an error page that states that your ISP has blocked that site. Here’s a list of the error messages you might come across when trying to access banned sites in the UK. The error message you receive varies depending on whether your ISP is O2, Sky, TalkTalk, BT, or Virgin Media.

Using a VPN is the best, and safest, way to get around these UK ISP blocks.

How to Unblock Banned Sites in the UK with VPN

If you have never used or heard of VPN there is no reason to freak out. VPN, short for a virtual private network, has been used for many years by corporations and firms to secure their private data. When you set up a VPN connection on your PC, Mac, iOS, or Android device, nobody, not even your ISP, will be able to eavesdrop on your online activities. Not only that, but you will also be able to access banned sites in the UK. Geoblocked streaming channels that are not available in the UK can also be unblocked using VPN.

In order to access blocked websites in the UK, some steps should be followed. Here they are:

Make sure that whichever VPN provider you sign up with does not keep logs of your browsing activity. ExpressVPN is a good example. Here’s a list of the best VPN services to use in order to access banned sites in the UK.

Best VPN to Access Blocked Websites in the UK

You have no idea how many VPNs you can find on the market when you type the word VPN. Nonetheless, before I invest in any product, I gather all the information I need about it. VPNs are no different. That’s why you need to make sure that it will satisfy your needs no matter what they are. I reviewed four of the top VPNs in the industry. Take a look at each and every one of them and pick one based on what suits you best.

ExpressVPN comes first on our list as it’s considered to be the number one VPN provider in the world. You can read reviews from different websites if you want, the same results will pop up “A reputable reliable VPN”. The service has more than 2000 servers in its network. That includes 92 countries around the world. Therefore, you can guarantee that you’ll bypass regional restrictions no matter where the channel is located.

On the other hand, when you speak of security, this VPN does it best as well. It offers the latest high-level military encryptions for security along with 200000+ IP addresses for anonymity. Don’t worry about who spies on you anymore. You’re perfectly safe with ExpressVPN. Did I mention that it allows up to 5 simultaneous connections? Well, yeah they do and unlimited bandwidth as well.

NordVPN is another top contender in the VPN industry. However, it’s well-known that this VPN has the largest server network amongst all. I mean 5000+ servers, that’s huge. Not only that, but they’re well optimized for everything a user might need while surfing the web ranging from streaming, gaming, or just browsing.

You can connect 6 devices per account and share a VPN connection. That’ll give all the devices access to Double VPN service, which allows you to reroute your traffic through two VPN servers instead of one. Moreover, you can use SmartPlay DNS Proxy if you’re not into security. Just configure Smart DNS on your device and stream geo-restricted content at full speed. That’s mainly because Smart DNS doesn’t encrypt your data, so no loss of speed occurs in the process.

BulletVPN is still new on the market, so you might see that it doesn’t have that many servers to offer. It only has servers in 30 different countries. However, what it lacks in servers, it certainly gains when it comes to security and other services. First, it’s one of the top providers if we’re to mention security.

Second, it has a Smart DNS service that promises more than a hundred unblocked channels regardless of their area of coverage. And finally, it allows up to 5 simultaneous connections per account. If that doesn’t make a good VPN, I’m sorry, I don’t know what does.

SurfShark is another new entry to the VPN business. This newcomer has hit the industry by storm the moment it debuted. I mean unlimited simultaneous connections? None of the VPN giants offer this kind of service, not even IPVanish at it allows up to 10 devices per account.

Its server network is quite decent if I may add. It consists of 800 servers across 50+ countries. Not to mention that it’s one of the few VPNs that actually work with Netflix. You know that Netflix has been able to block VPNs these days. Well, not with this new kid on the block it can’t. Check it out, it’s pretty awesome. Give it a bit more time and it’ll be rivaling the likes of ExpressVPN.

Snooper’s Charter – Another Reason to Use VPN

The UK government has just passed the Investigatory Powers Act 2016. It is commonly known as Snooper’s Charter. The new law basically allows your ISP and government to spy on what you are doing online at all times. So, you can either wave good-bye to your online privacy, or use VPN to add an extra layer of security and prevent ISPs/government agencies from eavesdropping on you.

It seems as if Internet freedom is continuously shrinking in the UK. When you add the fact that the government is now openly spying on its citizens’ online activities, the future begins to look bleak. If you’re serious about your online privacy and want to access websites without restrictions, you have to turn to VPN.