Bahrain is not exactly the steadiest when it comes to Internet restriction policies. Though we can’t say that Bahrain implements a repressive censorship regime, it finds no fault in blocking services that don’t accord to its guidelines. Bahrain has had a rough patch with Voice over Internet Protocols (VoIP) in the past like Skype and Viber, but apparently, they have finally decided on blocking all of them. The only way through these blocked websites and services is if Internet Service Providers like Batelco, Zain, Viva, Menatelecom, 2Connect, and Lightspeed are unable to detect what the user is doing online and what kind of traffic he/she is sending through the network. VPNs, which can be operated on all devices including Mac, PC, Android, iOS, iPad, and iPhone can force ISPs to treat users’ (supposedly violating) data just like any other. You can also use a VPN to unblock geoblocked websites and streaming channels that are only available abroad. But which VPN is best for Bahrain? 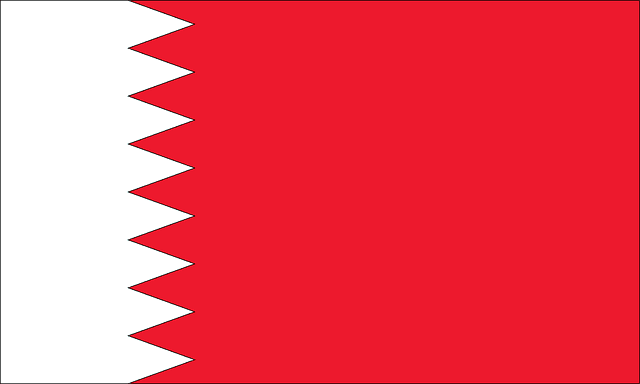 In order to access the Internet anonymously and without restrictions in Bahrain, you need to connect to a VPN server whenever you go online. Here’s a list of best VPNs for Bahrain:

Using A VPN In Bahrain – Which is the best?

VPNs have gained unimaginable popularity for the many services they provide their users. From unblocking restricted content to protecting online traffic, a VPN grants its users unrestricted access and complete data protection. The marketplace is flooded with VPNs that promise to facilitate users’ online experiences, and we’re here to present you with the very best:

This is a top-notch VPN that has great worldwide server distribution to various choices of virtual locations. Its apps are user-friendly and compatible with all devices and operating systems including Windows, Mac, Linux, Android, iOS, and more. ExpressVPN operates at fast speeds and guarantees ultimate levels of privacy due to its tight encryptions and no logging policy.

NordVPN’s reputation is impeccable. With over 935 servers in 56 different countries, users are left with a wide choice of virtual locations to choose from. Its apps are easy to use and can be accessed on Windows, Mac, Android, iOS, and more. It has a superb zero logging policy that covers traffic, bandwidth, IP addresses, and time stamps all with a double encryption.

This VPN service provider operates a full network of over 700 servers in 70 different locations. VyprVPN supports various devices and operating systems including Android and iOS. Privacy is maintained and protected with the knowledge that VyprVPn has a no logging policy and features the Chameleon technology.

PureVPN is accessible from 141 different countries with 750 servers to choose from. This service provider’s application is compatible with over 20 devices including Android, iOS, Chromecast, and more. Its strong 256-bit data encryption and strict no traffic logging policy ensure users that their data is both secure and private.

How to Connect to a VPN Server In Bahrain?

The whole process of setting up your VPN connection while in Bahrain is rather simple. Follow the steps below.

Is VPN Legal In Bahrain?

While the Bahraini government actively censors the Internet, using a VPN is still technically legal there. There have been no reports about expats getting into legal trouble for using a virtual private network.

Stay Safe With A VPN In Bahrain

Your data stays safe thanks to an encryption provided by a VPN. That very encryption enables VPN connections to secure a level of anonymity to bypass Bahrain’s government blockades. The users’ traffic origin is deleted and thus cannot be tracked by ISPs. By using a VPN, you won’t have to worry about either censorship or any type of surveillance in Bahrain. You can save money on international calls by using Skype, WhatsApp, Viber, and more with the minimal effort which installing a secure VPN connection requires.