With more than 20 million current users, Zattoo seems to be very popular especially with its European audience. The provider shot to fame after it won the rights to stream the 2006 FIFA World Cup matches in Germany. Since then, it has only convinced more users to sign up with the service. Zattoo has also come a long way from just providing sports-related content, as the service now has a wide selection of channels from Switzerland, the UK, Spain, Poland, Germany, France, and Denmark, with American channels such as MTV, Bloomberg, and Nickelodeon also featuring on their list. 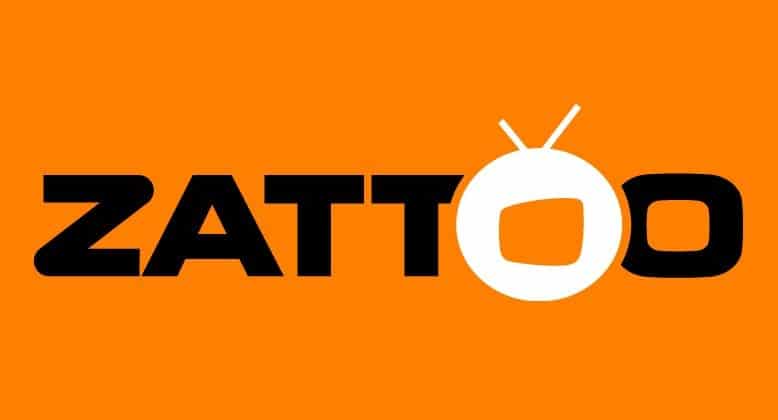 With the primary focus of this service being live TV, there have been a lot of on-demand features that have also gotten to be added onto their package. Users are now able to catch up with all the TV that they might have missed, and the service also has apps that allow it to run on various platforms and devices. Being able to access the service while on the move free of charge is also made possible through the apps, but the quality of their viewing jumps a notch higher once you decide to subscribe to their paid service.

Paying for a subscription opens up a whole new door of advantages since customers are then able to stream content in HD, or even do a live TV recording of the shows that they enjoy the most. Before you take the bold step of paying for the service, one thing that you should probably do is to ensure that you can access it regardless of wherever you may be. With Zattoo only being accessible to viewers based in Germany, Spain, Denmark, Switzerland and the UK, this might be very discouraging. Additionally, the Swiss Zattoo version seems to be head and shoulder above the other regions. Is there a way to watch Zattoo abroad? And can you actually change your Zattoo region?

Why You Need a VPN for Zattoo

Using a Virtual Private Network allows you to access the service by changing your location. To do this, you’d have to identify a credible service, subscribe with them and create an account, locate any of the servers that’d be based within the five countries that Zattoo would be based, and you’ll be all set.

It goes without saying that you’d need to make sure that the service you decide to go with has servers based in the few countries that Zattoo is available. This goes to show how deliberate you’d need to be with the service you choose. You also have to ensure that your service has servers that are fast enough to allow for uninterrupted streaming so that you don’t have to wait too long for your videos to buffer.

Something else that might come between you and your streaming is your ISP. ISP’s are known to try and limit how much bandwidth is consumed by an individual user, and to do so, most of them resort to throttling your speed. This will probably get you discouraged from waiting too long for your video to finish buffering, but with a credible VPN subscription in place, you’ll be able to hide your connection from being monitored or controlled by an ISP.

Getting subscribed to the right kind of provider also matters and greatly influences the kind of service you’re going to receive. Many VPNs we have tried do not work with Zattoo, to begin with. That means you have to be extra careful when choosing a VPN you can use to watch Zattoo from anywhere in the world. To ensure you get true value for your money, try subscribing to any of these providers that we’ve already shortlisted for you. They all have servers in the five countries that Zattoo is available in, and are sure to have your online privacy as their number one priority.

ExpressVPN was founded in 2009 in the British Virgin Islands, and it has since developed such a large subscriber base courtesy of the quality of service offered, as well as its wide range of features. To start with, ExpressVPN has about 2000 servers within its network, and also special features such as a range of stealth servers and P2P file sharing support that are offered courtesy of this wide network.

ExpressVPN allows for up to 3 simultaneous connections, making it possible to stream shows from Zattoo through up to 3 devices. There’s no limit on the number of times you can switch servers, and there’s also no limit on the bandwidth used, and this makes ExpressVPN a very flexible provider. Online security is guaranteed through 256 bit AES encryption, and with VPN protocols such as OpenVPN, PPTP, L2TP and both IKEv1 and IKEv2, customers have a wide range to choose from. Split tunneling is also one of the more exclusive services offered by ExpressVPN, and if you’d like to learn more about this and other features, take some time to go through our ExpressVPN Review.

BulletVPN promises to keep your online activities secure by ensuring that all you do online is protected from their well-hidden headquarters in Estonia. The service is more than capable of ensuring that users maintain complete anonymity since it provides 256 bit AES encryption across all the three devices that you might connect to the service. BulletVPN also offers OpenVPN, PPTP, and L2TP as the major VPN protocols, and has an app that can run on various platforms including iOS, Android, Amazon Fire Stick, iOS, Linux, and Windows.

BulletVPN also offers Smart DNS for its customers that would just want to access geo-restricted websites, and also supports P2P file sharing for users that would want to engage in it. Unlimited bandwidth and unlimited server switching are two other perks that you’d get from the service, and with support for HD streaming, it should be a service that you’ll certainly enjoy to use. There’s a lot about BulletVPN that we haven’t talked about in this brief description, so if you’d like to know more about the service, have a look at our BulletVPN Review.

If you’re looking for a service that offers a long list of features that you can use to tweak your VPN service, then NordVPN is your best pick. The service is based in Panama and has a strong network of up to 4000 servers. This large network of servers is where NordVPN really strikes out its competition since there are a lot of features the service is able to offer courtesy of this. To start with, there’s the DoubleVPN feature which routes your traffic through two servers and doubles the already provided 256 bit AES encryption.

The service also offers the choice to choose what servers you’d want to connect to. This option is based on what you need to do online. NordVPN offers servers for users that want to torrent, stream in HD or even download files in large volumes. Support for Tor is also provided for increased anonymity, and the service also allows for up to 6 multiple devices to connect. NordVPN also offers an Internet kill switch, a CyberSec feature to protect you from ads and malware, and a SmartPlay DNS that unblocks geo-restricted sites for your access. There’s more to this provider than we’ve talked about here, and if you’d like to learn all about it, have a look at our NordVPN Review.

Conclusion on The Best VPN for Zattoo

Zattoo is one of the few providers that offer free and quality content but is only restricted to a small handful of countries. To get to enjoy this service despite wherever you may be, make sure you get a subscription to a reliable VPN provider. You can use the three VPNs we’ve listed in this review to get unrestricted access to Zattoo, and a whole bunch of other popular streaming services offered across the world. 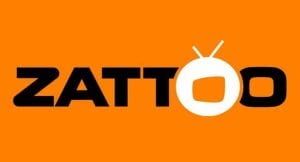 Description: Finding a VPN that actually still works with Zattoo is becoming increasingly difficult. Sign up with ExpressVPN in order to access your favorite content online from anywhere in the world.