DDoS attacks are attacks that attempt to take an online service off-line by overwhelming it with traffic from different sources. This kind of attack makes up a third of all downtime incidents and is a “service” offered by hackers for a minimal fee. In other words, DDoS attacks are serious, and you need a VPN that offers DDoS protection in order to keep yourself and your website safe.

This article will explain what DDoS attacks do, how a VPN can protect you from those attacks, and what are the best VPNs you can use that offer a DDoS protection. 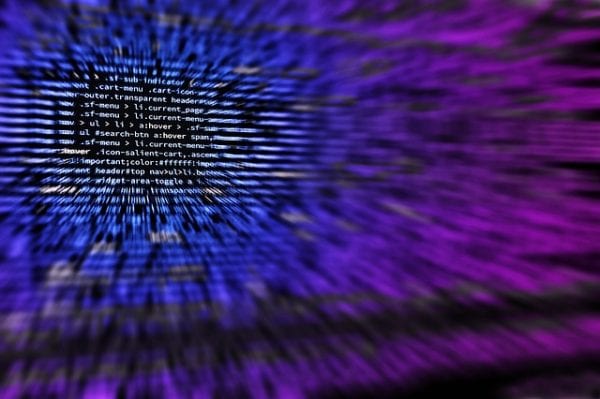 What is a DDoS Attack?

DDoS is short for Distributed Denial of Service, which pretty much states what kind of an attack this is. A DDoS attack is when a hacker floods a server, network, or service with so much traffic that normal traffic can’t get through anymore.

In other words, a DDoS attack overwhelms a target to the point where it is forced to “deny service” to legitimate requests.  DDoS attacks are very common, they cause up to a third of all “downtime” online and are one of the main reasons why random internet users end up with malware. You can get a better idea of the different types of DDoS attacks, how they’re set up, how they’re executed, and why in this article, but for now what you need to know is:

As you can see, a DDoS attack is very serious, which is why you need a viable way of protecting yourself and your business from it.

How Can a VPN Offer DDoS Protection?

Now that you know what a DDoS attack is, it’s time to learn a little about DDoS protection. Some VPNs offer protection against DDoS attacks, whether it’s by filtering out excessive request floods or by offering anti-DDoS servers for their users to connect to.

Even a VPN’s base function, which is spoofing your IP and encrypting your traffic, acts as a form of preventative protection against DDoS attacks. A DDoS attack cannot take place if the IP of the server/website/network isn’t known to its attacker. For this reason, some VPNs offer up dedicated IP addresses that you can purchase/rent.

To take it a step further, VPNs that have add-ons against malware can protect you from being a part of a DDoS attack. If a hacker has managed to hack into your devices with malware, then it’s very possible for your device to become part of the traffic flood in a DDoS attack. A VPN that can block these kinds of hacks, or a VPN with an anti-malware add-on, will prevent that.

As usual, if you’re familiar with the world of VPNs, here’s a short version of the best VPNs you can use against a DDoS attack:

The sad truth of the matter is that not all VPNs have a DDoS protection feature. If you’re going for a free VPN service, for example, this is definitely a feature you should forget about. In fact, you should probably forget about free VPNs in general, as they’re usually very dangerous (hello, malware). To make things easier for you, here’s a list of credible VPN providers that do offer a form of DDoS protection:

I’ll start by saying that ExpressVPN is known to be the leading VPN provider on the market, so there’s little chance of you going wrong with this one.

You might be wondering why ExpressVPN tops this list when it doesn’t explicitly have an anti-DDoS feature, but “explicit” is the key word here. ExpressVPN has a built-in protection against DDoS attacks on all of its infrastructure, and the provider filters out floods of requests routinely. With ExpressVPN, you’ll also be getting:

NordVPN subscribers have dedicated anti-DDoS servers they can connect to. In fact, NordVPN has 3 DDoS protection servers in the US, 1 in Canada, 1 in Germany, and 1 in Italy.

These servers are usually used by online gamers, as they are the most at risk of a DDoS attack (out of average internet users, of course). When you sign up with NordVPN, you also get:

The third VPN on this list, PureVPN, was one of the first VPN providers to offer DDoS protection. PureVPN offers an anti-DDoS add-on, where you pay for a dedicated IP address with DDoS protection. The dedicated IPs come from Canada, the US, France, and the Netherlands, and are equipped to handle attacks reaching up to 400Gbps.  With PureVPN, you’ll also benefit from:

Just like ExpressVPN, VyprVPN has DDoS protection on all of its servers as standard protocol. VyprVPN also uses shared IP addresses, which minimizes the risk of DDoS attacks, and a NAT firewall. With VyprVPN, you’ll also get:

How to Install a VPN

Now you know what DDoS attack is, how a VPN can protect you from it, and which VPN you should get for that. Now let’s talk about how to install your VPN onto your device(s):

And there you have it! Simple, right?

DDoS attacks are constantly growing in number, targeting everything from personal users (gamers) to online service providers. It may be impossible to stop an attack while it’s happening, but a VPN is your best preventative measure. With a VPN, you can remove the possibility of an attack in the first place.