What is the best HBO GO VPN in 2020? HBO GO is an online streaming channel that offers video-on-demand in the USA only. HBO shows like Game of Thrones, Silicon Valley, and Sopranos are all geo-blocked. For users who would wish to watch HBO GO outside the USA, it is possible to bypass these geographical restrictions and gain access to HBO GO regardless of where you are. This happens through the use of a VPN. Read on to find out more about the best VPN for HBO Go.

Below, is a quick overview of the best VPNs you can use with HBO Go.

If you try to watch HBO go outside the USA, you’ll get the following geo-error. “To access HBO GO, you must reside within the fifty states of the United States of America.” To bypass that regional restriction, use a VPN service that actually supports unblocking American channels like HBO GO, Netflix, HBO Now, Showtime, and Amazon Prime abroad.

When choosing a VPN, cheaper does not necessarily mean better. There is a wide variety of free VPNs on the Internet that promise a lot of features when downloaded but rarely do they live up to the customer’s expectation. I should know since I have conducted various tests with both free and paid-for providers. In all my tests, ExpressVPN proved to be the best HBO GO VPN. Here’s why.

Most importantly, however, is the fact that ExpressVPN actually works with HBO GO or HBO Now. That means you can use ExpressVPN’s American VPN servers to watch HBO GO in UK, Australia, Canada, Germany, or elsewhere overseas. Aside from ExpressVPN, here are other good VPN providers you might consider to unblock HBO GO outside USA.

HBO Go is a great way for streamers to watch all of their favorite movies and TV shows. However, if they so happen to be traveling outside the United States, accessing HBO Go might be a problem. But, with a proper and reliable VPN service provider that can be fixed. Not all VPNs can deliver what they boast about. Many fail to unblock streaming services as big as HBO Go, and for that reason, we’re here to lay on you the best of the best.

ExpressVPN operates a large network of servers in many locations in the US alone and in 94 countries worldwide. You really can’t go wrong with this service provider. Its speeds are fast and security is stealth. The company keeps no logs of your online activities or IP address. Customer support is available 24/7, so if HBO has blocked a server, you can receive help on the spot. Not only can ExpressVPN unblock HBO Go, but it also works with US Netflix, Hulu, BBC iPlayer, and Amazon Prime Video. Read our full ExpressVPN review here.

If you want to catch the latest shows on HBO Go no matter where you go, NordVPN has got you covered. You can live chat support or just check the company’s website to find out which servers work best for a specific streaming service. It runs over 700 servers in the United States alone. NordVPN is also capable of unblocking Netflix, Hulu, and BBC iPlayer among others. This provider runs a true zero-logs policy and uses military-grade encryption. Read the full review here.

BulletVPN provides a network of servers in all parts of the globe. This is a VPN that is all about security and speed. The company makes use of industry-standard encryption protocols to ensure users’ security and privacy are maintained. Speed is essential. BulletVPN makes sure that servers are no overloaded and use premium grade carrier lines to provide the highest speeds possible. With BulletVPN, you can securely access any global geo-location at the fastest speeds. Read more about BulletVPN review here.

Surfshark is a secure, private service for those who are looking to stream, torrent, or just about anything. Although Surfshark is a new provider in the market, it’s generating some buzz. From great unblocking capabilities to top-notch customer service, this provider could actually turn out to be quite the competitor. It offers fast and reliable services. Plus, it takes privacy and security very seriously. Additionally, Surfshark is great at unblocking popular streaming sites like Netflix, Hulu, and BBC iPlayer. Read more about Surfshark in this review.

A Smart DNS Proxy allows users to bypass geo-blocks and stream channels that are unavailable in certain regions. It performs the same function as a VPN, but in a slightly different manner:

If Smart DNS sounds like the right option for you, use Unlocator to watch HBO GO abroad. Their 7-day free trial period allows you to bypass geographic restrictions risk-free for a week.

To avoid any incidents where you end up receiving a service that is not up to your expectations, always make sure that there is either a refund policy or a free trial period offered by the service provider you want to sign up with. Such is the case for both ExpressVPN and Unlocator. You can use either service to unblock HBO GO outside the USA. 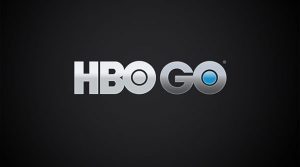 Description: American expats have long been using ExpressVPN to unblock US channels including HBO Go while living abroad.