Want to take your Xbox One experience to a whole new level? We’ve got you covered. Here are the 10 best apps for Xbox One that can turn your Xbox into a cord cutter’s paradise. 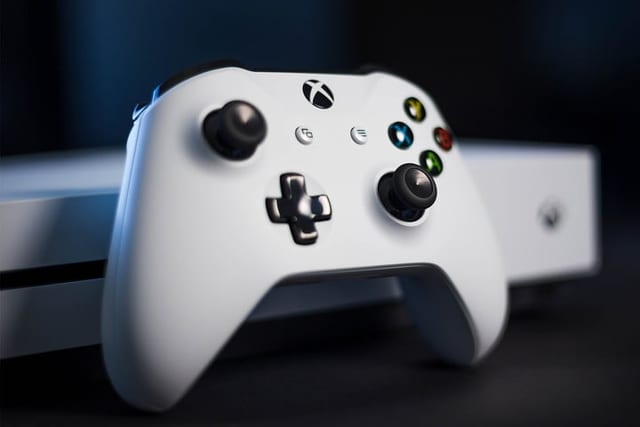 The 10 Best Apps for Xbox One You Should Install Now

Here’s a quick skim-through of the best Xbox Ons apps you should install immediately. The apps and channels we’ve listed below cover a wide variety of tastes. You can use them to watch movies, TV shows, live channels, and even listen to your favorite songs.

How to Get the 10 Best Apps for Xbox One

Here’s the issue with the apps available on Xbox One: some of them have serious geo-restrictions. Because of international copyright laws, you won’t have access to a lot of the apps that you want to use.

Apps geo-block users by banning the IPs of anyone outside of the region they’re allowed to stream their content in. This means that they only way you’d be able to access these apps is by changing your IP to match the restrictions on the app. In other words, if the app is only available in the US, you need an American IP.

How can you change your IP? Simple. You need to use a VPN.

A VPN, short for Virtual Private Network, encrypts your data and re-routes your traffic using its own secure servers. When your traffic gets re-routed, your IP address ends up changing to match the location of the server you used.

This means that VPNs have an incredible ability to spoof your IP and give you access to geo-blocked apps.

If you’re looking for a VPN that works wonderfully on your Xbox One, we’ve got you covered. Our VPN expert, Charles, has written a detailed review of the best VPNs to use with your Xbox.

Charles’ top pick went to ExpressVPN, a reliable and trusted top-tier service provider. With ExpressVPN, you can choose between 2000+ servers in 94+ countries. You’ll also benefit from having access to a 5-star customer support team and a 30-day money-back guarantee. Read this article to learn how to install a VPN on your Xbox One if you need some guidance with the process.

If ExpressVPN isn’t for you, you can use these top-tier VPNs instead:

The 10 Best Apps for Xbox One

Now that we’ve covered how you can get access to the apps that are geo-blocked in your region, let’s discuss the best apps for Xbox One:

The popular streaming app, Netflix, ranks in the top spot for Xbox apps. This shouldn’t really come as a surprise. Ever since Netflix went global, millions of users all around the world have enjoyed the on-demand content on offer. The problem is that Netflix bases its content list on your location.

Even though Netflix has cracked down on VPNs and proxies trying to access its different content lists, you’ll still be able to unblock US or UK Netflix with a VPN. That is, of course, if your VPN is strong enough to bypass Netflix’s VPN blocks. Luckily, ExpressVPN has continuously been able to unblock US Netflix.

This is another app that requires no introduction. YouTube’s Xbox One app gives you access to all of its services straight off of Xbox.

Hulu has a fantastic Xbox One app that lets you stream all of Hulu’s content right from your console. The issue is that, just as the service, the app is only available in the US.

With a VPN, this isn’t a problem. Just connect to a server in the USA and you’ll be able to access Hulu’s content anywhere in the world.

Remember though, VPNs do not bypass any subscription or registration fee imposed by Hulu. If you don’t have an account, you will have to subscribe.

Remember to always connect to an American server when you want to watch Amazon Prime. If not, you’ll only have access to the “Watch While Abroad” titles, which aren’t a lot.

The BBC’s iPlayer, their very own streaming app, is available on Xbox One. It gives you access to a whole range of talk shows, movies, shows, all directly from the BBC.

However, BBC iPlayer is restricted to the UK. Simply use your VPN to access BBC iPlayer by connecting to a UK server and getting a UK IP.

The very popular music app, Spotify, has an easy-to-use app dedicated to Xbox One. While Spotify is available in a lot of countries all over the world, some people still don’t have access to this service.

Use your VPN to connect to any of the regions where Spotify operates to listen to your favorite music, even while gaming.

Who hasn’t heard of HBO? They’ve continuously brought the world popular shows like Game of Thrones, The Wire, and Westworld. HBO’s dedicated streaming app, HBO Go, is conveniently available on Xbox One.

While you can watch the HBO’s shows on TV, HBO and HBO Go are only available in the US. Use your VPN, connect to a US server, and use your US IP to get access to HBO Go from anywhere in the world.

Twitch is a great app for gamers and creatives. It gives you access to content created by quirky professionals and lets you stay up to date with your favorite games.

Twitch isn’t really blocked in any region, but different regions do have access to different content. A VPN will help you access the content that you want based on the location of the server you connect to.

Sling TV is a streaming service that gives you access to a variety of channels for a monthly subscription. From news to sports and cartoon channels, Sling TV is a great app to use if you’re a dedicated cord-cutter.

Unfortunately, Sling TV is only available outside of the USA. Use your VPN to connect to an American server and benefit from this cord-cutting dream of an app.

Finally, fans of WWE can download the WWE network app that’s specific to Xbox One for all of their WWE needs. The app even lets you watch the live pay-per-view events. The app itself is free, but you will need a subscription to the WWE network to access their live streaming services.

The 10 Best Apps for Xbox One – Final Thoughts

Do remember most of these apps will have a subscription fee required. A VPN will not get you out of that subscription, it’ll only give you access to the app itself.