But, which one is a combination of both? With the intention to end the confusion, we’ve constructed this comparative review and decided on a winner. Can you guess? 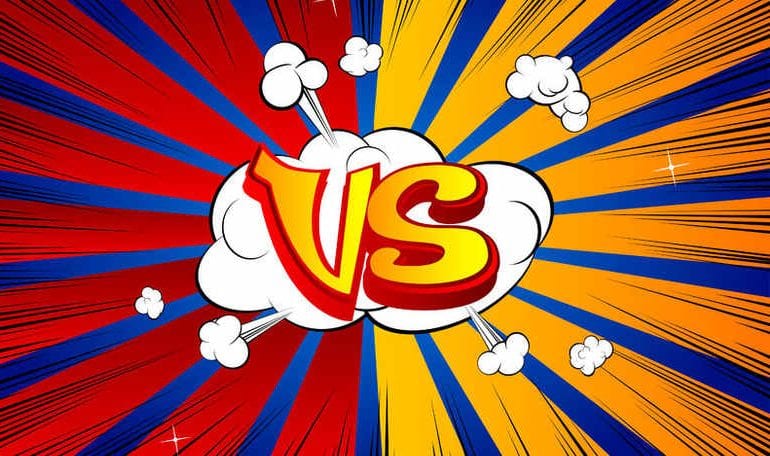 ExpressVPN vs CyberGhost – Features, and Services

In order to cover most of the VPN basics, I’ve reviewed both ExpressVPN and CyberGhost based on Pricing, Customer service, Speed, Device Support, DNS Leak Protection, and Privacy.

Let’s go over the pricing plans of each ExpressVPN and CyberGhost. It’s fairly known that ExpressVPN is one of the more expensive services out there while CyberGhost ranks as a less expensive option. Both VPNs offer 3 packages, where the prices decrease the longer you subscribe.


For ExpressVPN, the packages are:

CyberGhost, on the other hand, offers the following:

Customer service is very important when you’re looking at a VPN. As a service-based product, VPNs should have a dedicated and knowledgeable customer support team to make sure that the customers’ needs are sorted asap. Both CyberGhost and ExpressVPN have a 24/7 live chat option for their customers. Both VPNs also have an FAQ section on their respective websites and guides that help explain how to use the VPN services.

Naturally, VPNs interfere with your internet speed due to carrying out encryption processes. As a result, you get slower internet speeds. This explains why you should opt for a VPN that owns fast servers, offers consistent download speeds, and supports P2P sharing. After testing both  ExpressVPN’s and CyberVPN’s speeds, we found the following:

For us, there was a big discrepancy with CyberGhost’s different servers. ExpressVPN kept a relative average loss on the servers that we tested out.

We compared the supported devices for both Express VPN and CyberGhost to see which VPN offers more of a device variety.

One of the features offered by most VPNs is DNS leak protection. There are a number of websites that test for DNS leaks, and I would advise any VPN user to check for leaks on a semi-regular basis. When it comes to ExpressVPN and CyberGhost, both VPNs tested positively for the DNS leak protection feature.

When you look at the privacy measurements of a VPN, you check what kind of VPN protocols they use, what encryptions are implemented, and whether or not they have a zero-log policy. Our findings list go as follows:

ExpressVPN vs CyberGhost – The Verdict

After testing each VPN alone, we’ve come to the conclusion that ExpressVPN is the better VPN. CyberGhost is decent and more affordable, but ExpressVPN has managed to maintain a strong reputation for good reason.

Also, the possible issues with CyberGhost’s privacy policies seem a little counterintuitive for a VPN provider. If you’re stuck between CyberGhost and ExpressVPN, do not hesitate to go for the former. Even though ExpressVPN is pricey, it carries out the job well. Do you agree with our winner? Let us know why either way in the comment section below.