When you are in the market for a VPN, you are faced with a wealth of options. They all present themselves as the best of the best, but how many actually do live up to the standards? This brings us to the battle between ExpressVPN and Hola VPN Plus.

There’s a lot at stake here: your privacy, security, and personal info, which makes this decision-making process all the more serious. For those reasons, we’re here to help you figure things out. 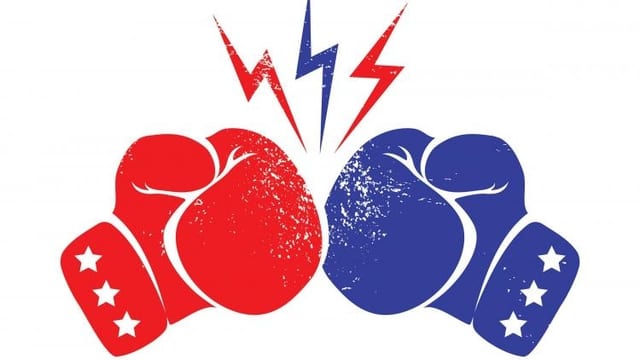 ExpressVPN VS Hola: Which VPN Should I Use?

This time, we’ll be comparing ExpressVPN and Hola. Now, the purpose of this comparison is not to offer you the chance to see Hola’s features. It’s to show you the difference between an actual VPN service (ExpressVPN) and a money-making scam (Hola). I want to start this article by stating that Hola is 100% dangerous and that while it advertises itself as a VPN, it’s more of a proxy.

ExpressVPN VS Hola – Services and Features

In order to properly review the stack of features and batch of services these providers have to offer, I’ve made a comparison of the pricing, internet speed, customer support, device support, and server network of each ExpressVPN and Hola.

Let’s begin with the pricing plans for both ExpressVPN and Hola.


ExpressVPN has three different pricing plans to offer:
Hola, on the other hand, offers both a free service and premium service. It’s premium one has 4 different pricing plans:
Evaluation: As far as pricing goes, Hola here has better rate plans for all budgets. Check out their 2-year plan. It is around $4, which is way cheaper than ExpressVPN’s annual plan. Both these providers offer their subscribers a 30-day money guarantee back policy.]

However, with ExpressVPN, the policy is 100% “no questions asked”. Whereas, Hola users need to be alert as to which device they initially install Hola on- that is if you make use of the refund. iOS and Android users both have to ask for the refund from Apple and Google respectively.

Verdict: Hola has better pricing plans, but ExpressVPN has a better refund policy.

If you are an ExpressVPN user, you have access to the live chat portal on the website anywhere you are. No personal information is required to activate the live chat. The customer support team is talented and well-informed of all the services and offers that ExpressVPN has in store. It’s unlikely that you ask them a question, and they have no response. Now, in case the agent needs to double-check something, he/she will notify you of that and ask you to be patient until they have an answer for you.

Hola, on the other hand, does not offer a live customer service feature. They do, however, offer customer service via email. I tested out the email function a few times to gouge out their average response rate. What I noticed was the questions that could easily be answered by the website would be answered in a fair amount of times (4 hours and 5 hours respectively). The 2 times I asked questions related to the specifics of the refund policy (not on the website) took around a day to answer.

It was difficult to assess the difference in speed between ExpressVPN and Hola, but here it goes.

ExpressVPN, on the other hand, performs all of the functions of a VPN. This means that it will slow down internet speeds. Our experts found that ExpressVPN was generally consistent across its servers. On average, the download speeds decreased by 10%, regardless of server location.

The fact that Hola is a P2P network means that it doesn’t slow down your internet. This is because Hola doesn’t really re-route your traffic. That being said, (the browser extension) Hola Unblocker, is incredibly slow, to the point where more often than not it seemed like we simply weren’t connected to the internet.

Make use of your ExpressVPN subscription by downloading the apps and manually configuring them on all of your devices. With just one VPN subscription, you simultaneously get to connect five devices to ExpressVPN. In other words, you get to share your single subscription (VPN connection) with five other devices.

With Hola, you can use your single account on ten concurrent devices like Android, PC, Mac, gaming consoles, and even SmartTVs. This way you use Hola up to its full potential by sharing your account with others.

ExpressVPN is a premium provider that offers a wide selection of servers across the globe, with highly secure network setup. The company currently owns has about 160 VPN server locations spanning 94countries, with over 3,000 VPN servers. The servers protect users’ data and encrypt them before reaching other networks.

VPN service providers usually pay to maintain the servers in which they pass users’ data for security purposes. However,  Hola does not have or own any servers and since this is a free service, you become a server upon subscription. Those who want to use the service and don’t want others to connect to into their network must pay for the premium plan. The essence of Hola being free is diminished.

A fundamental aspect of a VPN is how the company deals with users’ privacy and security. Seeing as VPNs are primarily cybersecurity tools, it is more important for a VPN to offer genuine privacy and security than to have a multitude of features. While ExpressVPN is totally safe to use, we cannot say the same about Hola. Usually, we look at a VPN’s encryptions, protocols, and logging policy to assess how secure and private it is. When comparing these two providers, this is what we found:

ExpressVPN offers strong encryption protocols, excellent security features, and no leaks. This means that this provider won’t compromise on or data’s security. The company makes use of the highest levels of encryption, which is considered unbreakable. ExpressVPN has a kill switch, which they refer to as a Network Lock. This feature helps keep your data secure by securing your traffic if the VPN connection ever drops.

Hola is a VPN that does not have encryptions or a kill switch. This means it’s not secure as it keeps extensive user logs. While it does claim that its peer-to-peer connections are secure, they are not. As a matter of fact, there’s nothing anonymous or secure about Hola. It brands itself as a VPN when it’s actually a  proxy.

ExpressVPN:
Hola:
Evaluation: While Hola does absolutely nothing to protect a user’s privacy and security, ExpressVPN proved itself to the global community as a whole to be a genuine zero-logs VPN.

Why is Hola Unsafe?

Not only does Hola keep logs of your online activities and store your personal information, but it also allows third parties (paid users) access to your online connection. Speaking of logging info, we’re not just talking about a minimal amount. This VPN logs massive data that involves its users. You can read all about it in their privacy policy. Also, it’s important to remind you that Hola is a peer-to-peer VPN.

This means that instead of managing paid for servers across the world, Hola tunnels its signals through users’ connections. In other words, it uses users’ bandwidth. In reality, you are connecting to other users’ network, and they are connecting to yours. Briefly put, this is an insecure VPN with very low levels of encryptions. By subscribing to this VPN, you would be exposing yourself to threats and giving up your privacy in the process.

Looking back at the tests that our experts have conducted, it’s clear that ExpressVPN is by far a better service provider than Hola. Price aside, ExpressVPN is first and foremost a VPN. Hola, on the other hand, is not. I cannot stress enough how dangerous Hola is.

ExpressVPN is hands down the winner here, and I highly recommend it.

Hola is a dangerous provider, which I advise you to avoid at all costs.

Neither I nor the others here at the VPN Guru recommend anyone use this service. Don’t you agree? If you think ExpressVPN is a clear winner, do let us know in the comment section below.

Description: If you're looking for a reliable, safe VPN service provider, you simply have to choose ExpressVPN.