Facebook has been a controversial subject with privacy experts for a long time. It is no surprise that the latest Cambridge Analytica scandal has made waves in the online social media market. The Facebook-Cambridge Analytica fiasco has been dubbed as the ‘Scandal of the Century’. The fact that several unnamed politicians were using Facebook for harvesting private information of users should not shock anybody. Perpetrated in the guise of a personality quiz, this drive exemplifies how callous Facebook’s attitude is towards user privacy. 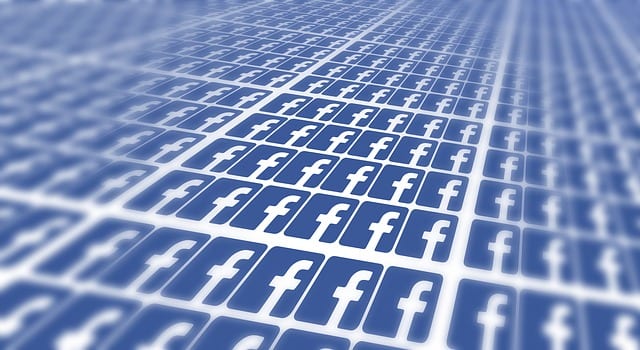 The Facebook-Cambridge Analytica Scandal – What’s Next?

While Facebook has been introducing new settings for privacy, it has only done so after much appeal and outcry. This scandal is merely one in a long line which shows how the world’s biggest social media site is disregarding user privacy. We have already informed our users about this scandal. Let’s examine the most recent events in this regard.

Four Lawsuits Hurled at Facebook Because of the Cambridge Analytica Scandal

Last week, Lauren Price from Maryland, a Facebook user made a case in San Jose. This class action lawsuit has been filed in situ of as many as 50 million FB users. Cambridge Analytica allegedly stole data from these user’s private accounts with Facebook’s knowledge. Price has stated that FB held no regard for her online privacy in spite of stating that it will not share data without consent. Price also said she witnessed regular political campaigns on her feed in 2016.

Alongside this lawsuit, Robert Casey and Fan Yuan, two separate shareholders from Facebook, have also filed a class action lawsuit. These have been filed against Facebook itself as well as CFO David Wehner and CEO Mark Zuckerberg. They want to be compensated for the value loss endured during Facebook’s stock crash last week. During this period, Facebook lost as much as 10 percent of its overall market value.

Finally, Jeremiah Hallisey, an attorney, filed a lawsuit against FB COO Sheryl Sandberg, Zuckerberg, and other board members. According to the suit, executives at Facebook and board of directors did not take any action to curtail the data breach. Neither did they inform users about it occurring. Thus, they were in violation of fiduciary duty.

This lawsuit demands that shareholders be compensated for their losses. It also insists that Facebook enhances its internal security processes and be compelled to do so by a court order.

The FTC is currently investigating the company’s “unfair acts.” This could result in Facebook incurring heavy fines if found guilty.

According to Tom Pahl, the acting director at FTC, “The latest press reports on Facebook’s privacy breaches have prompted the FTC to investigate it.”  He revealed that the investigations will center around, “unfair policies which resulted in considerable harm to consumers”.

Consequent to this statement, Facebook stocks slid down further by almost 6 percent of their original value.

However, Facebook has put on a brave face and Rob Sherman, deputy chief privacy officer at Facebook, said, “Facebook is committed to ensuring user data remains safe and are grateful for the chance to respond to all questions posed by the FTC.”

Brian Acton, Whatsapp co-founder joined the #DeleteFacebook movement despite him earning $19 billion from Facebook’s acquisition of Whatsapp. The #DeleteFacebook hashtag is being used by people to get users to delete their Facebook accounts.

They cite the allegation that Facebook knew that Cambridge Analytica was using clandestine means for gathering private information. They also mention how this had gone on for two years and nobody at Facebook did anything to stop it.

Mozilla Has Also Filed a Petition

Mozilla has been losing a lot of their market share to more innovative companies. It is only natural for them to seize any opportunity to show up their competitors. According to the new petition filed by the company, they are demanding Facebook should amend their app permission policy. This will enhance user protection from third-party mining.

Aside from this, the main whistleblower on the CA scandal, Chris Wylie, has also spoken about it again. He said that his intention was not to defame Facebook and he did not even consider this when making the revelation.

In fact, according to him, his only motivation was to expose Cambridge Analytica’s shady activities to the world. However, this has not deterred others from speculating that sinking FB stock values was the major objective of the act.

Facebook CEO Zuckerberg Has Decided to Go To Congress and Testify

In light of the allegations and lawsuits, Mark Zuckerberg has declared he will be testifying in front of Congress. According to a statement given by Zuckerberg to CNN Money, the testimony will be given in just a few weeks. Facebook is currently in the process of examining the best way to state the testimony. No doubt, they will be looking to exonerate Zuckerberg and Facebook from any wrongdoing and associated allegations.

This declaration comes at the tail of the huge backlash from the Cambridge Analytica expose. Everyone in the media has agreed that there is no other alternative than Zuckerberg testifying in front of Congress.

At the same time, it is a widely held notion that Zuckerberg’s testimony will prompt other social media honchos to follow suit. We might see Google and Twitter CEOs Sunder Pichai and Jack Dorsey giving testimonies as well.

Officially, all three online media giants have been asked to be present in a data privacy hearing set on April 10th. Chuck Grassley, the Senate Judiciary Chairman was the one to issue the notice.