It shouldn’t come as a surprise that I’m writing yet another article on Facebook’s shady privacy tactics.  The social media platform has managed to continuously shock its user base with its incredibly lax privacy policies recently. This time, the New York Times uncovered some terrifying details regarding “Facebook partners”. Read on to find out what is going on with your data. 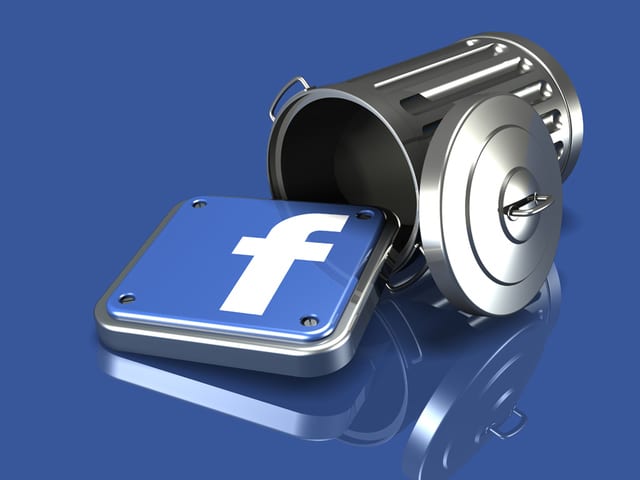 I won’t go through every single detail in the report, even though I highly suggest you give it a read. However, here are 5 takeaways the New York Times wants readers to focus on.

Facebook officials have said time and time again that the social media platform does not sell user data. In fact, Zuckerberg himself stood in front of Congress last April and said: “We don’t sell data to anyone.”

Now, it looks like that is true. Facebook hasn’t sold your data to anyone, it gave it away from free. Companies that the tech giant calls “Facebook Partners” have had access to user data, for free, for years now.

So yes, Facebook wasn’t lying about not selling data… but it wasn’t telling the truth either.

We all know about the Cambridge Analytica scandal and how user data was used to sway the 2016 U.S. election in favor of President Trump. CA had access to the data of 87 million users per month, which is a HUGE number. Obviously, this didn’t sit well with many Facebook users or lawmakers. After the Scandal, Facebook changed its privacy policy and informed the world that developers don’t have that kind of access to data anymore.

Well, turns out Facebook wasn’t telling the whole truth. Developers didn’t have the access, yes, but companies that Facebook considered as “partners” had access to “the data of hundreds of millions of people a month, including email addresses and phone numbers – without users’ knowledge or consent.”

Sounds like an outright lie to me, don’t you think?

Facebook always says that users have control of who they share their data with. For most of the apps on Facebook, that is true. You do get to pick and choose who gets to see and use your data.

However, Facebook Partners were exempt from gaining a user’s permission. By calling them partners and claiming they were “extensions” to Facebook, the SM giant was able to give them access to user data without even notifying the user.

The kicker? Facebook had the audacity to say that they don’t need additional consent to share data with these companies. Now, before you say “but what if they really are extension companies”, let me list off some of the Facebook Partners for you:

Last time I checked, these were all independent companies, not “extensions” of Facebook.

4. Facebook Did Not Monitor What Partners Did With the Data

Facebook officials love to say that the platform is in total control of what apps can do and how they use your data. That, apparently, was just another play on words.

Apparently, Facebook had so many partners that employees weren’t able to fully monitor how the partners used the data. To add fuel to the fire, Facebook didn’t even bother to remove access to data certain partners didn’t need anymore.

One of the examples The Times provided is how Yahoo still had access to users’ news feeds until 2017 even though it removed the feature that displays the news feed on Yahoo’s homepage.

The truth is that Facebook put in place something similar to shadow regulations that gave the allusion of control, but didn’t actually implement them properly.

By claiming that the Facebook partners are nothing but “service providers” that function as an “extension” of the social network, Facebook managed to blur the lines of a particular F.T.C. exemption when it comes to asking for user consent.

The F.T.C. includes exemptions for services needed to allow an online company to function “normally”. These services should have been limited to services like sending messages over the internet “or processing credit card transactions” without violating the F.T.C.’s consent decree.

Facebook, however, formed the partnerships with these companies in a way that allowed the platform to list them as “service providers”, thus benefiting from the F.T.C.’s exception.

Obviously, this is a crass manipulation of regulatory law. In other words, Facebook found a loophole and extort it to its full potential. Whether lawmakers will accept this excuse moving forward remains to be seen.

I don’t know about you, but I personally wasn’t surprised when The Times article came out. In fact, all it did was further ingrain the idea that Facebook isn’t as benevolent as its officials want the world to believe.

Before the Times article, the world got a glimpse of Facebook’s possible shady actions courtesy of the UK Parliament. A parliamentary committee released internal documents that showed that Facebook “whitelisted” certain companies, giving them access to data the platform had promised would become private. Back when the documents were released, Facebook officials were quick to jump in and say that the emails shown in the documents were nothing but “ideas” tossed around but not really implemented.

I don’t know how they’re going to make that believable anymore, because it really looks like Facebook had no problem selling out its user base for revenue and profit.

Oooooh boy. You guys, writing this made me incredibly angry. For one, it’s infuriating to see that Zuckerberg and his employees had the audacity to use half-truths to cover up their despicable approach to our data. Secondly, the fact that all of this was allowed because of a loophole that is so flimsy it’s laughable should be considered criminal! I’m sorry, but since when is Netflix an extension of Facebook? How is Amazon a “service provider” and not a company? How is this an acceptable excuse!

Hopefully, 2019 will finally be the year where Big Tech companies will be rightfully penalized for treating users as nothing more than cash-cows. Fingers crossed.