Facial recognition technology is one of the most popular and widely searched queries on Google. It is also crucial for many public service domains, including law enforcement, immigration, and medicine. Any IT professional can highlight the significance of the strides in this area. They can tell you how much of an impact it will have globally.

While all this is true, there are a lot of security and privacy concerns associated with facial recognition technology. And you can already see the potential threats to the privacy and safety of citizens in the US and overseas. 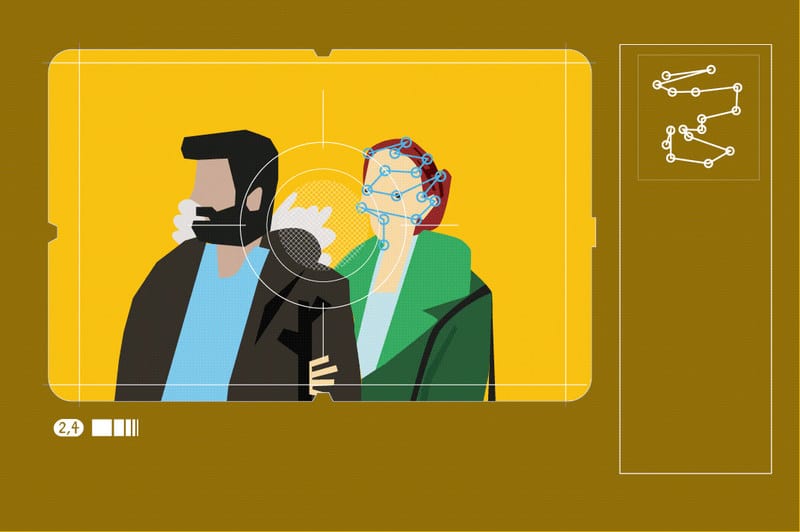 The Fate of Facial Recognition

Recent documents showed that Ohio has been working with the FBI and ICE on providing data derived from DMV licenses. As you can see, that is a significant privacy breach. It also drives away immigrants without proper documentation from getting a permit. And the fact that several other sectors are implementing this technology puts your privacy at even more significant risks.

Advocacy groups raised concerns over face surveillance, which prompted Google and Microsoft to put forth their objections. Even Amazon joined the chorus, and this has raised questions about the government’s involvement in managing the technology.  Let us have a more detailed look at how facial recognition will change our lives in the near future.

5 Things About Facial Recognition Everyone Should Know

Facial recognition could be a massive security solution as it increases the chance of apprehending criminals. However, if misused, it can be a dangerous spying tool that invades your privacy.

Here are five things you need to know about this technology:

Facial recognition is growing at a surprising pace. In fact, it is one of the most talked-about technologies in the world right now. While sci-fi level AI is still a bit far away, the introduction of face identification seems on the cards in a few years. We could have facial recognition cameras in shopping malls, fast-food drive-throughs, government offices, airports, and all other major public areas.

Also, the increasing use of this technology compounded by rising privacy concerns and immigration problems can lead to many complications. Law enforcement agencies already started field-testing facial recognition via body cams on patrol officers.

The implications of this technology and its results are polarizing. And since it hasn’t been carefully examined yet, it is producing relatively underwhelming results. Therefore, if technological growth does not match the pace of deployment, then major faults will almost certainly follow.

Due to its rapid rise, the government has had no chance of catching up with facial recognition. Now, that this technology is out there, the need for governing legislation seems urgent. Without laws regulating and restricting the data collection, the chances of abusing the technology are immense.

In China, the government uses face surveillance to track citizens all over major cities, and maybe even the country.

Of course, we would like to see a much more privacy-oriented introduction to this technology. However, the details and legal regulations surrounding it need to be ironed out, and the senate has just been put on notice.

Experts haven’t perfected the technology behind facial recognition yet, which means it is not entirely accurate. In a recent field test by law enforcement officials, 9 out of 10 facial reads were incorrect. That poses a severe problem since any person wrongfully apprehended can file a very damaging lawsuit.

Furthermore, officers who stop a potential face match through recognition technology may simply be wasting their time. That means there could be massive mismanagement of human resources as well as a breach of privacy.

At the same time, in potentially harmful situations, wrongful identification can delay police officers. That can lead to loss of life among the police and civilians as well.

4. It Interests Both Government and Private Bodies

Both government agencies and private sector organizations want to use facial recognition technology. The problem is that there is massive liability associated with it.

In other words, since there is no governing regulation, databases can store people’s facial markers and attributes without their consent. That can result in a massive class-action lawsuit against the government and any companies using the tech.

Also, in some instances, law enforcement agencies use facial recognition to identify immigrants without proper documents. As I mentioned earlier, the FBI and the US Immigration and Customs Enforcement (ICE) are already using the technology. That can scare off other immigrants who have a legal entry from getting a license.

Finally, deploying facial technology in personal technology domains can be a very contentious issue. The iPhone X face recognition biometric got a lot of attention, but it wasn’t all positive. In fact, the system replaced some essential features like a password or identity-specific clearance. That can be a problem since it can complicate the authorization process.

Moreover, certain experiments showed that the technology is not fully ironclad. In a few cases, users were able to fool the biometric scanner by producing an HD picture of the owner. Also, some users complained about not being able to access their devices because the light was too dim, or because they were sweating or wearing a lot of makeup.

As a result, this technology needs further developments before it can replace traditional access models.

Facial recognition is certainly an exciting concept. It can potentially introduce a revolutionary way to enhance the quality of life. It also has many areas of deployment, from law enforcement to medicine. That alone makes it an excellent technology to prospect.

However, it comes with a set of dangers and challenges. The regulatory framework governing its use is the most significant issue, in addition to plenty of other questions to resolve. Nonetheless, face recognition is witnessing massive investments from the public and private sectors. Therefore, a breakthrough seems imminent.

Are you for or against the introduction of facial recognition cameras? Leave a comment and tell me what you think.