How to Watch American Netflix on Fire TV Cube outside the US? “Alexa, turn on the TV”, “Alexa, open Netflix”, picture yourself talking into a cube ordering it to play any Netflix movie or show you want. Echo smart speaker with its virtual assistant Alexa and Fire TV set-top video box have merged in the form of a new product called the Amazon Fire TV Cube. Once plugged into your TV, the Amazon Fire TV Cube provides you with all the services you would expect to receive from a regular FireStick including Netflix, Hulu, HBO, and Sling TV. Best of all, it grants its users access to Alexa. Fire TV Cube hears you from any direction so that if you ask Alexa to stream Netflix’s House of Cards from across the room, it will. The Fire TV Cube is the first ever hands-free with Alexa and 4K Ultra HD streaming device. If used with a VPN, the streaming experience would reach a whole new level. Find out how to get Netflix USA on your Amazon Fire TV Cube in the guide below. 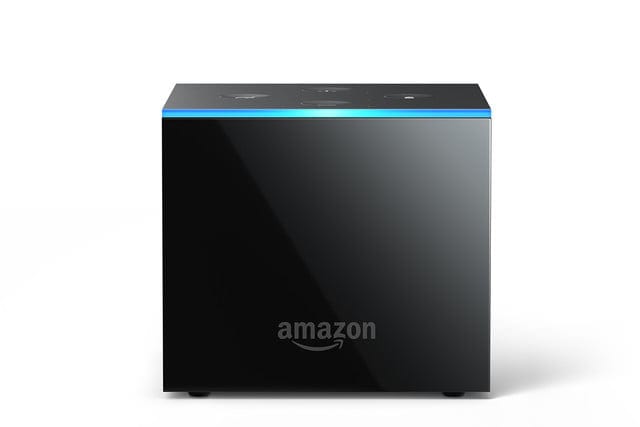 How to Watch Netflix USA on Fire TV Cube

If you are looking for an easy-to-use media outlet, then Netflix is the network for you. No one can argue about the popularity Netflix has gained thanks to its classic, contemporary, and entertaining TV shows. However, not every Netflix watcher can say the same for his/herself as each one has a different experience. Netflix has a different version with catalogs in each country, and each country varies in its restrictive degrees. So if you’re outside the US, then you’re one of those countries that were given the boot on high-quality premium content. Now even if you don’t have access to the US library of streaming movies and shows, you can use a VPN to grant yourself that access. VPNs are like private Internet networks that keep snoopy third parties out thus maintaining your data’s privacy. Not only that, a VPN can help you get  Netflix US and every other restricted channel in the world. Read on to find out how.

ExpressVPN is the best VPN service you can use with Fire TV Cube. ExpressVPN 6.7 now works on Amazon Fire TV Stick and Android TV, and Fire Cube TV making it the perfect VPN app for streaming media. Now if you’re wondering about some of the best VPNs for Fire TV Cube, click here to find out.

There are many geoblocked applications like Netflix USA that need a VPN to be accessed. People in Germany, the UK, Canada, and Australia cannot watch Netflix USA unless they get an American IP address. Those who want to bypass geo-restrictions and watch live and on-demand content on any channel -not just Netflix USA- have to spoof their location online. Upon subscribing to a VPN, users download the app and then connect to a server of a country where restrictions on their desired channel or service don’t exist. After having done that, users are provided with an IP address that makes them eligible to access restricted material. This is just one of the services a VPN has to offer. Come to think of it, there are many benefits to using A VPN. Here’s some of them:

Although messaging and voice calls are not supported by the Amazon FireStick as of now, there’s no doubt that Amazon has got entertainment as its number one priority. The product ships June 21st and is expected to gain a lot of buzz given its unique features and practicality. Like what could be better than not having to use a remote control to flip through the channels-  not just any channels- we’re talking about Netflix USA. You can go through the TV channels without lifting a finger, and watch Netflix USA on your Fire TV Cube by using a VPN. It doesn’t get any better than this.