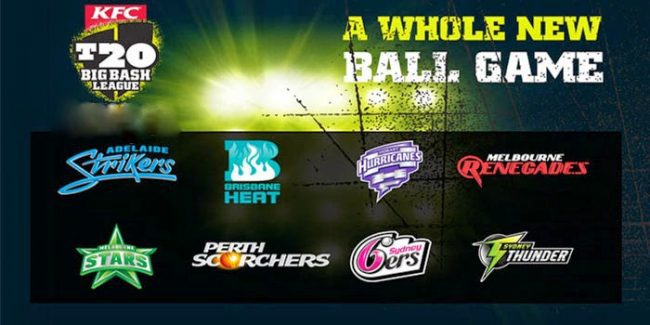 This is a list of official Big Bash League TV channel broadcasters:

How to Watch Big Bash League Live Online with VPN

If you try to watch the BBL live online via TenPlay outside Australia, you will get the following geo-error: “The video is not available for users in your location.” To bypass these regional restrictions and watch 7Plus abroad, you need an Australian IP address. Using VPN, , you can get an Australian IP address anywhere in the world. Thus, unblock and watch both live and on-demand videos on Channel 7. Here’s how to stream the KFC Big Bash League live online using VPN.

Not all VPN providers support unblocking 7Plus abroad. If you want to watch the Big Bash League 2018/2019 outside Australia, sign up with ExpressVPN. They’re tried and tested and even offer a 30-day refund guarantee.

How to Watch BBL 08 in the United Kingdom?

While cricket certainly is not very popular in the United States, many American as well as expats living in the US follow the sport online. Willow TV, which is a dedicated sport channel that focuses on everything related to cricket, will broadcast the Big Bash League live in the USA as well as Canada. Willow TV is available on PC, Mac, Android, iOS, Apple TV, Smart TV, and Roku.

How to Watch The Big Bash League in India Online?

Sony have taken over from Star India as the television broadcaster of Australian cricket in India. That means that Hotstar will not broadcast this year’s BBL. If you want to watch the Big Bash League live online in India, you can do so on Sony Liv. The SonyLIV app is available for all Smartphones, Tablets, iOS devices, Android TV, Sony Bravia TV, and Chromecast.

The biggest-ever KFC BBL season will feature 58 games in 3 months. The KFC Big Bash League is slowly turning into one of the most prolific cricket competitions in the world. Using VPN, you can watch BBL live online, no matter where you currently reside.