Is Exodus safe and legal? Exodus is an unofficial Kodi addon that allows users to watch videos online. Its popularity among Kodi users mainly stems from the fact it provides such a vast library. In this help guide, I will cover whether Exodus is safe and legal to use on PC, Mac, Android, Amazon Fire TV Stick, and Nvidia Shield. 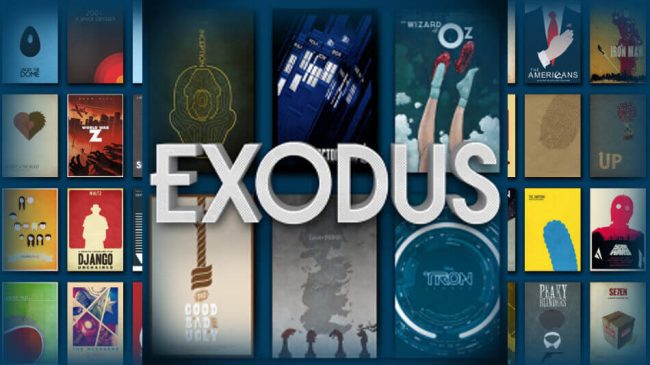 Is Exodus Safe and Legal?

Whether using Exodus can be considered illegal or not largely depends on the region you currently reside in. In countries such as UK, USA, Canada, Germany, France, or Australia, streaming movies from pirated sites is considered a crime. Many of the movies and TV shows you see listed on Exodus come from such websites. Therefore, you have two option in terms of Exodus legality. Either stop using Exodus all together, or use VPN to encrypt your Internet traffic and stay on the safe side.If you implement the second option, neither your ISP nor copyright infringement groups will be able to spy on what you are doing online. In other words, nobody can see that you are watching movies via Exodus to begin with. Don’t take any risks! Use VPN to avoid getting copyright infringement notices and warning letters.

The European Court of Justice recently ruled that “copyright-protected work obtained by streaming from a website belonging to a third party offering that work without the consent of the copyright holder”  does not benefit from an exemption of the laws governing the distribution of copyright content.  In other words, the fact you’re only streaming movies and TV shows using Exodus or similar third-party Kodi addon rather than downloading these files doesn’t mean you are safe from potential legal prosecution, even if you live in Europe.

In terms of online safety, you should always attempt to keep your Kodi secure. Do not install rogue Kodi addons. They’re just as hazardous as computer viruses. Having said that, Exodus is safe to use. It does not differ much from other popular Kodi add-ons such as Phoenix or SportsDevil. So, the device you install Exodus on is not under any malicious malware threat.

Update: On February 3rd, 2017, news broke out that an Exodus addon developer, had inserted a malicious code into the popular addon in an attempt to turn Exodus users into Botnets. His main aim was to launch a DDoS attacks against The Ares Blog. Rest assured the Exodus addon is now safe again to use after the malicious code had been rolled back. Another member of the TVAddon community will now take over the development of Exodus.

Use VPN to Browse the Web Anonymously

Using VPN basically provides you with online anonymity. Nobody will be able to trace what you are doing online. Whether that is browsing sites, streaming videos, or downloading torrents. It’s as simple as that. Here’s how to setup a VPN connection to to browse the web anonymously.

ExpressVPN do not keep logs of your browsing activities. That makes them the perfect candidate to protect your online anonymity. Other VPN providers you can use to hide your IP are listed below.
Last Updated Yesterday

Is Exodus Safe and Legal to Use? Final Thoughts

As with anything else you do online, there are certain legal issues you can run into whenever you use Kodi addons such as Exodus. The law and regulations which dictate these legalities differ from one country to the other. You also never know when a malicious code might be inserted into the addons you are using. If you are serious about your online privacy and want to stay on the safe side, use VPN with Kodi.