It seems like the list of online threats keeps growing longer by the minute. The moment you find a way to protect yourself from one threat, there comes a new threat that makes you sit up and take notice. Each time you think you have everything you need to protect yourself on the Internet, there’s something new that pops up and ruins your peace. 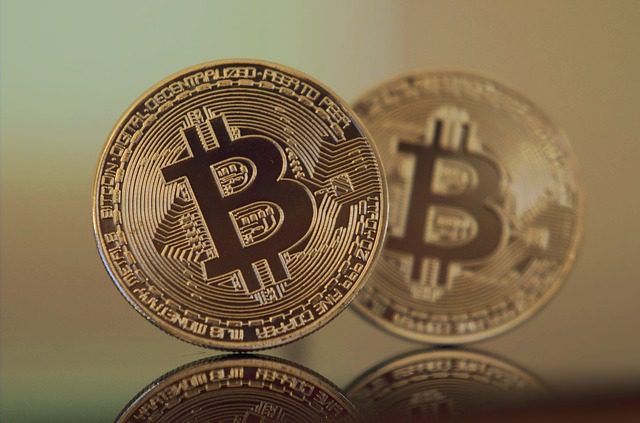 Is Your Computer Used For Bitcoin Mining?

One such new online threat is cryptojacking, commonly referred to as Bitcoin mining. If you have never heard of the term before, don’t worry, most people haven’t. In fact, most people are not even aware of what it means. Even when cryptojacking happens to them, there’s no way they can find get to know that they have been a victim of a cyber crime.

So what exactly is cryptojacking? It is a process in which cybercriminals hack into your computer for the purpose of secretly mining Bitcoin and other cryptocurrency.

The process is so subtle that you may not even realize that your computer is being used to mine Bitcoin, while that cyber criminal keeps making money. All this while, online threats revolved around stolen personal and financial information, but now they are far more subtle and complex. Cryptojacking is one such instance.

How Does Bitcoin Mining Happen?

While the code runs, the criminal makes money mining cryptocurrency. Like all malware, the malicious code for mining cryptocurrency is also downloaded unknowingly by users. This malware uses the JavaScript code, which is what most websites run on. Whenever you access a web page, the malicious code loads on your browser and starts mining digital currency.

That does not sound good! It isn’t! When the mining stays below a certain limit, you may not even find out that your computer is being used malicious purposes. When the limit is crossed, you may notice that your browser is slowing down more than normal or that your laptop fans are whirring at a high speed even though you may not be doing any heavy duty activity.

Those fans are not training for the computer Olympics!

However, all these signs are still not enough to make people suspicious of malicious activity. Only when you check your computer’s code, you may find the malicious script that’s causing all problems.

Who Has Been Affected by Bitcoin Mining?

Big shots like Starbucks, and several websites like Streamango, Rapidvideo, Openload, and OnlineVideoConverter have been affected by cryptojacking. If you visit any of the affected sites, you will be unknowingly mining cryptocurrency on your computer.

Besides Starbucks’ WiFi network, several individual and business owners have been affected by the malware. Since this is a new phenomenon and hard to detect, people don’t usually realize they are being affected by a cyber crime.

There are companies that surreptitiously use the mining code for making money without the user’s consent. Certain websites like The Pirate Bay was also found utilizing the Coinhive digital currency mining script to make money instead of showing adverts. For several other websites, this has become a good option to make money using other people’s computers. Even when they remove the script, they can add it back again without anyone’s knowledge.

How to Protect Yourself from Bitcoin Mining?

The only way to find out if your computer is being used for Bitcoin mining is by checking your CPU speed. If you find your CPU working at a high speed even when all browsers are closed, it could be a case of cryptojacking.

Thankfully, there are a number of ways to protect yourself from being a victim of cryptojacking. The first option is to install Chrome extensions to modify the way your browser works. Not only does this make your browser secure, but also enhances its functionality. The two most popular extensions for blocking mining codes are No Coin and minerBlock.

You can also block JavaScript with extensions like NoScript (for Firefox), and ScriptSafe (for Chrome). Ad blockers are also a fantastic choice to block cryptocurrency mining.

Is Your Computer Used For Bitcoin Mining?

While there are ways now to protect yourself from this menace, it is likely that cryptojacking will slowly gain popularity over time. Websites find this a good way to make money while cutting down on annoying advertisements. Hopefully, there will be more ways in the future to detect and prevent Bitcoin mining. Until that happens, this digital shenaniganry will continue.