Last month, we reported on the dangers of unsecured IoT devices, specifically when it comes to a smart toy or a baby monitor. Earlier this week, a family in Texas had the misfortune of witnessing that danger first-hand. Read on for the full story. 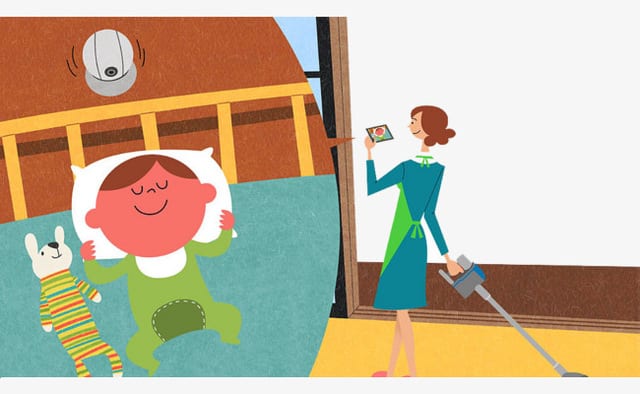 According to KPRC2, Texas resident Ellen Rigney reported that someone “hacked into the wireless camera system” her and her husband use to monitor their baby last Sunday night.

Rigney said that she and her husband first heard beeping noises coming from the monitor next to their bed. Initially, they thought that the beeping was due to a CO2 alert. However, they soon heard “sexual expletives” being said in their baby’s room.

“[Our] immediate reaction was that there’s somebody in here, somebody’s in my son’s room!”

The couple jumped out of bed and turned the lights in their room on. Just then, the Nest camera in their room, which was previously off turned on.  A voice coming from the camera ordered them to turn the lights back off.

After rushing to check on their baby, they found no strangers lurking inside their house.

Ellen said the couple quickly turned off the Wi-Fi, disconnected the cameras, and called the police. They quickly threw out all of the Nest cameras they had in their house. Ellen says that they now use a non-connected camera to monitor their baby instead.

The Problem with IoT

As we’ve said before, IoT devices are still far from being secure. Since many manufacturers are rushing to make their mark in the IoT market, the issue of the device’s security isn’t being dealt with as a priority.

Sadly, most IoT devices don’t even have a way to update their security settings. The fact that they’re starting to get more popularized should mean that these security vulnerabilities disappear, but that doesn’t seem to be the case.

When Rigney reported the hack to Nest, they “were no help at all”. The company did not even apologize for their apparent camera vulnerability.

In a statement made to NBC News, Nest said that it has “seen instances were Nest customers have reused passwords that were previously exposed through breacher on other websites and made public.”

The company also ensure its customers that “none of these breaches involved Nest,” but did little more than ask its clients to use 2FA verification.

Despite the terrifying reality baby monitor hacks actually happen, there are a few things you can do to secure your IoT devices.

I suggest you use ExpressVPN on your router, as it is widely considered to be one of the best service providers on the market. You can check out our detailed guides on installing a VPN on different router models or follow this general guide.

If ExpressVPN isn’t your cup of tea, try out any of these top-tier providers instead:

I understand the urge to join in on the latest tech trends. I’m a proud owner of a smart TV and a smart coffee maker myself. However, I also know that security is no longer something you can trust manufacturers to uphold. Having IoT devices is fine, but ignoring all of their vulnerabilities isn’t. Make sure you always stay on top of the latest security features and settings to keep your devices protected. Try to stay as informed as possible on all of the updates within the field, too. That way, you’ll have a solid idea of what devices require your attention and how to fix basic vulnerabilities in your home network.