Whether you know it or not, humanity is currently going through its first ever digitized industrial revolution. The Internet of Things is one of the defining moments of this 4IR. What are IoT devices though? Are they really secure? How can I keep my IoT devices safe? Read on to learn everything you need to know about the IoT in this detailed explanation guide. 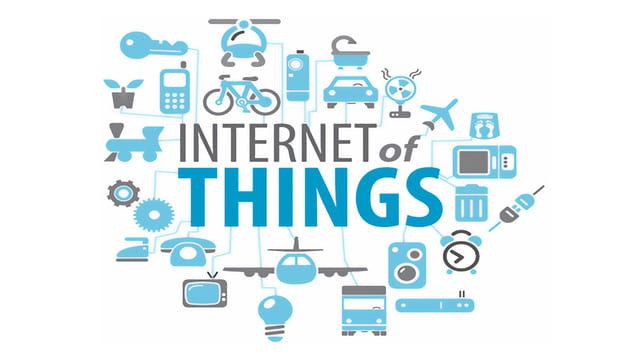 Internet of Things – Everything You Need to Know

What is the Internet of Things?

It isn’t very hard to define the Internet of Things. Simply put, it refers to the online connection between devices themselves. Devices that are considered IoT are devices that, historically, aren’t made to connect to the internet or to be used by people to access it. In other words, mobiles, tablets, laptops, and computers are not considered part of the Internet of Things.

Appliances and home devices, however, are. IoT isn’t necessarily a new concept, as researchers have been testing out the compatibility of regular devices with the internet since the 1980s. However, IoTs are new for the average consumer.

So, I explained that Internet of Things devices are regular home devices and appliances that can be connected to each other using the internet. To make things a little clearer, here are a few examples of common IoT devices:

As you can see, IoT devices are regular every-day devices that have had their functionalities upgraded by connecting them to the internet.

Just How Risky is the Internet of Things?

Here is where things get interesting.

Since we are still at the cusp of the 4th Industrial Revolution, we don’t really have that full of a grasp on how shifting everything to the realm of the digital will affect our every-day lives.

The moment IoT devices hit the consumer market, producers started rushing to release their products. In an effort to make a name for themselves in this new market, the cybersecurity aspect of these devices wasn’t really tested out as much as it should have. That means that we’re at that awkward stage where we don’t really know the full potential of these devices, nor do we know what obstacles we’ll be dealing with in the future.

IoT is still relatively new, so we should expect to go through a global-scaled trial and error period with all of these devices. The risk factor that comes with IoT devices is because they are all still going through their initial development process.

So, are Internet of Things devices risky? Yes, but that’s only because we’re still trying to figure out how to truly use them and to what kind of vulnerabilities they’ll bring into our lives. Give humanity a decade or two, and we can be having a completely different conversation about IoT.

While yes, we still don’t know the full extent of how Internet of Things devices risk your security, we do know enough. Here are some of the risks IoT devices impose on their users so far:

Since IoT devices connect to the internet, they’re readily susceptible to malware infestations. IoT devices still don’t have anti-malware and anti-virus programs designed specifically for them. This means that a hacker can infest as many devices as he/she wants without worrying about having the malware removed.

Because of how easy it is to infect an IoT device and because these kinds of attacks need a large number of infected devices, IoT devices have become popular targets. They are mostly used in DDoS attacks and can cause some serious harm to individuals and conglomerates alike.

An IoT that is connected to the internet can be easily found using Shodan, the search engine dedicated to these kinds of devices. You can use Shodan to search for any kind of IoT you want, and you’ll get results that include your actual location and the specific make and model of the device you’re using. Any hacker who can do a little bit of research can easily find the information he/she needs to gain control of your device, especially if the next security risk applies.

Most manufacturers worry about the design and functionality of the device more than the security aspect of it. As such, these devices are given default usernames and passwords based on their batch numbers. Some of these devices don’t even come with an option to change the default login information.

In other words, a hacker can simply find your device’s details using Shodan and find out the login information based on the mass-scaled default logins.

Simply put, we don’t have all of the tools necessary to properly secure IoT devices. There are technical limitations to how basic smart appliances are programmed. Since these devices come with a limited computing power, implementing encryptions or other standard security features is very difficult. For now, the only way these devices can be affordable is by not increasing that processing power.

How to Keep Your IoT Devices Safe

Don’t throw your smart devices in the bin just yet. Even though they do present a security risk, there are still a few things you can do to keep your devices (and your data) safe.

The first thing someone should do when they buy a new device to change whatever default password it came with. Sadly, not a lot of people do that. As I mentioned above, default passwords are a major security risk with IoT devices. Read the manufacturer’s manual to figure out if and how you can change your device’s password.

Another great tip here would be researching which makes and models don’t have the option of changing the default password. Once you know which devices will always have that particular security risk, you can simply opt to purchase a different model entirely.

Instead of connecting your devices to the internet at large, consider creating a personal LAN-based network for them instead.

Simply get yourself a second router and create a local network for your devices. Connect the phone or computer you want to use to control these devices to the same network. This way, your devices will still function the exact way you want them to but you won’t be exposing them to the cybersecurity risks of the global internet.

Update Your IoT Devices When You Can

Now, this is a tip that might not work for every device. Some manufacturers simply don’t offer updates for their devices. Try to avoid these devices if you can.

Other IoT devices, however, will have regular security updates. Make sure to stay on top of these updates as much as you can, as they can fix genuine security vulnerabilities.

Use a VPN on Your Router

Finally, you can use a cybersecurity tool like VPNs on your router to secure your internet connection as a whole.

VPNs have 2 specific functions: (1) encrypting your data and (2) re-routing your traffic through their own servers. This ends up spoofing your IP address and giving you a level of anonymity online. While you can’t really install a VPN on specific IoT devices, you can install one on your router and extend its functionalities to all of your devices, IoT or otherwise.

There are many benefits to adding a VPN on your router, but the security you get from the VPN is what we’re interested in for IoT devices. While a VPN won’t fix the security risks of your devices directly, it’ll make sure that your internet is secure, private, and anonymous.

I’ll give you an example based on the security risks I mentioned above.

Let’s assume you installed a VPN on your router. Now, you have a completely different IP address for all of the devices you’ve connected to that router. If someone wants to find your Internet of Things devices using Shodan, they’ll end up with the wrong geographic location. So while the VPN didn’t stop Shodan from logging in your device, it still managed to hide your actual information.

You can read this article to find out exactly how you can use a VPN to secure your IoT devices. Also, I suggest looking into nothing but credible and trusted VPN providers, like ExpressVPN. Why? Because you need a VPN provider you can trust will keep your data secure and your connection private.

The Internet of Things – Final Thoughts

There you have it, everything an average internet user needs to know about the Internet of Things. Don’t be discouraged from going out and adding IoT devices to your daily life. While yes, they do pose security risks, there are still things you can do to make sure that you’re protected. As long as you’re an informed user, you do your research properly, and make sure you’re constantly updating your devices, you should be a-okay.