Of late, data protection and Internet privacy have been hot topics in the US. Although privacy breaches have been happening for the past many years, the general public has become more aware only recently, with privacy advocates pulling out all stops to give Americans their Internet freedom back. From Internet service providers to government agencies, there’s no end to the number of people keeping a tab on the private communications of the ordinary citizen. 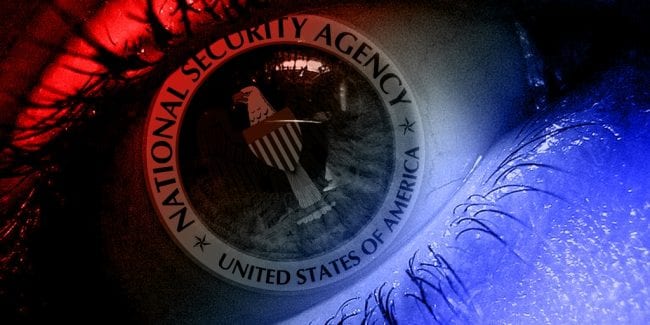 Despite various data protection laws in place, the government itself has never shied from surreptitiously collecting citizens’ internet data.

One such case that the federal court will hear is the National Security Agency’s surveillance program involving unconstitutional data collection from the internet communications of Americans. If the case is resolved, it has the potential to bring back privacy and data protection to the millions of citizens who regularly use the internet.

Called the Personal Record Information System Methodology (PRISM), the spying program uses the PRISM software to integrate identifiable personal data like names and addresses, with data collected from other sources such as emails, text messages, and telephone communications.

Aside from the NSA, the FBI and the CIA are also involved in this program, which collects and searches through the private data of citizens without a warrant. So much for our constitutional rights right Obama and liberals?

PRISM was first revealed by whistleblower Edward Snowden in 2013, back when the program included close to a dozen companies, including Google, Facebook, Skype, and Apple. Today it likely includes an even greater number of companies.

A Violation of our Rights

The government has always insisted that the program is used for targeting international communications with foreigners, although that isn’t the reality. PRISM is actually the backdoor for the government to get into the private communications of citizens, even though it is in violation of the Fourth Amendment.

The total number of people affected by this program isn’t known because the government has refused to open its mouth.

Because the government has always been secretive and refused to talk about PRISM, it has allowed the program to escape public judicial review. The government is never open about the fact it spies on people without a warrant.

This isn’t surprising because the government is well known for failing to divulge information about the surveillance even when they charge someone with a crime based on the data collected by the program. All these combined have made the federal court hearing of this case so important when the government has finally admitted the spying.

The case in point involves Agron Hasbajrami, a man from Brooklyn whom the government has accused of providing material support to a terrorist organization in Pakistan. The man pleaded guilty to one of the charges, after which the government reluctantly admitted that it had searched and read his emails without a warrant.

Hasbajrami has now challenged this warrantless surveillance program and asked the Second Circuit Court of Appeals to disclose the evidence collected by the government.

He is being supported as friends-of-the-court by the American Civil Liberties Union and the Electronic Frontier Foundation because they believe the spying was unconstitutional, There is a fine line here but James Clapper and what he did was against the law and was immoral. When you weaponize the security apparatus for political reasons, that is frightening stuff.

At the upcoming hearing, they will explain to a three-judge panel why the government needs to get a warrant under the Fourth Amendment when it wants to look through the digital communications of citizens under the surveillance program.

This widespread digital surveillance in the US started during the Bush administration after the 9/11 attacks, when this warrantless wiretapping program was introduced. This surveillance program is conducted is governed by the Foreign Intelligence Surveillance Act, under a law called Section 702.

This law gives permissions to the government to intercept billions of international communications between Americans and other nationals and uses this data for purposes other than national security.

One of the most controversial elements of this spying program is the “backdoor searches” that the government conducts to investigate American citizens.

The government claims that PRISM is used to target people from other countries who don’t have the protection of the Fourth Amendment, but it still involves the collection of internet data of millions of Americans. FBI agents across the US, routinely comb through the Internet communications of American citizens with their names or email addresses.

The PRISM program gives too much power to the government.

Data protection and Internet privacy is the basic right of the general public. By taking the NSA to court, the ACLU could actually be on the right side for once.

But if the NSA is proved guilty, it will hopefully make the government take the privacy rights of citizens more seriously.