Out of the fear of jeopardizing users’ privacy and security, Apple has recently removed several parental control apps from the App Store. The company defends its actions against accusations of personal benefit instead of actually tending to privacy concerns in multiple statements. Find out more about why Apple took such measures in the following article. 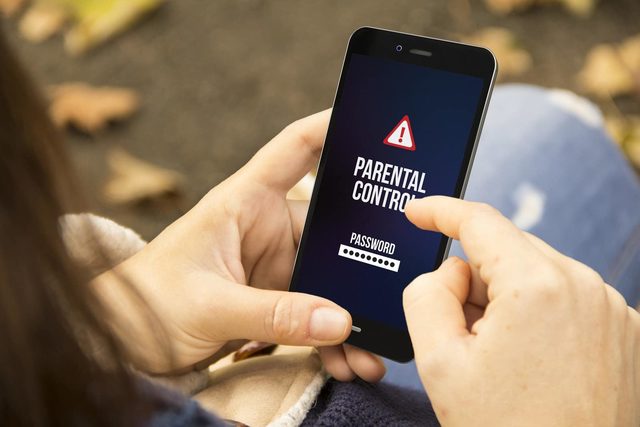 The Apple company has recently removed or imposed restrictions on at least 11 out of the 17 most downloaded screen-time and parental control apps. It’s worth mentioning that a large number of users have downloaded these apps hundreds of thousands of times or more. OurPact came in at over three million and Mobicip at around 2.5 million.

The implementation of Apple’s own screen-time tracker in iOS is a move that has threatened the viability of some companies. Having done so may result in increased attention from regulators. The removed apps were using Mobile Device Management technology. Companies use this technology to manage devices that their employees use. Another reason for this technology is to access and control iPhone users’ devices.

In response to heated arguments, Apple defended the removal of apps like OurPact and Freedom for limiting time on iPhone and competing for Apple’s own Screen Time tracker. App developers and executives have reason to believe that the reason behind their apps; removal stems out of feelings of threat. These apps could potentially harm Apple’s business for curbing the use of iPhone and going neck in neck with Apple’s own Parental control apps. According to them, Apple’s own parental control apps aren’t as strict when it comes to limiting screen time. Plus, they don’t provide that many options.

Apple introduced its own Screen Time functionality, which is built into iPhones and iPads last year. The application enables users to monitor their mobile device use as well as that of their children. Also, it helps to set time limits on app usage. The other apps on the market appear to compete with Apple’s own features, which could eventually harm the company’s business. However, Apple sticks to the claim that the removal of a number of apps is due to security concerns.

While these App developers believe that they are a threat to Apple, the tech giant pins on them a violation. This came after the discovery over the past year that these apps didn’t meet the company’s updated developer guidelines. This had to do with the “highly invasive” Mobile Device Management (MDM) technology. The company said it had concerns over this technology known as Mobile Device Management (MDM). This is a technology that gives control of a device to a third party. So, Apple claimed to have given these developers 30 days to comply with its guidelines. Apple removed those that didn’t.

Tim Cook, Apple’s CEO recently claimed that the company has “never been” about maximizing phone usage. According to the New York Times, app developers suggested that Apple is trying to corral users into only using its own tools. Apple asked the developers to fix key features or simply cut the apps from the App Store entirely with a  bit of explanation. This is not the first time that Apple has removed an application form its App Store, just ask Onavo. Turns out, Onavo Protect is just another data collection tool for Facebook. Apple is strict when it comes to protecting user security. Apple had previously removed other apps from the store for breaching users’ privacy.

Unlike apps such as OurPact, Apple’s tools don’t allow parents to schedule different times throughout a day when an app is blocked — for school or family dinner. And Apple’s tool blocks adult content only on its Safari web browser and some apps, not on other browsers or many popular apps, like Twitter, YouTube, and Instagram. Bruce Chantry, a 47-year-old father of two outside Cleveland, said he had used OurPact and Mobicip for years until Apple forced them to gut key features. He has found Apple’s tool more complicated and less restrictive. Also, his children have already found workarounds to Apple’s web-filtering tool and, unlike the apps he had used, it has no kill switch to quickly disable certain apps on their phones, Mr. Chantry said.

This is what Apple said in response to allegations:

“Apple has always supported third-party apps on the App Store that help parents manage their kids’ devices. Contrary to what the New York Times reported over the weekend, this isn’t a matter of competition, it’s a matter of security. In this app category, and in every category, we are committed to providing a competitive, innovative app ecosystem. There are many tremendously successful apps that offer functions and services similar to Apple’s in categories like messaging, maps, email, music, web browsers, photos, note-taking apps, contact managers and payment systems, just to name a few. We are committed to offering a place for these apps to thrive as they improve the user experience for everyone.”

Screen-Time App Developers report that Apple is giving them the boot by removing their apps from the app store. While we take into consideration that Apple’s motive is to have a vibrant app ecosystem that provides consumers access to quality apps, believing that it might be doing that to add to its success is not out of the question. According to Josh Grolin, executive director of the CCFFC: “If it’s true that Apple is eliminating the competition, that’s extremely disappointing and another indication that vertically integrated Big Tech companies have far too much power.”