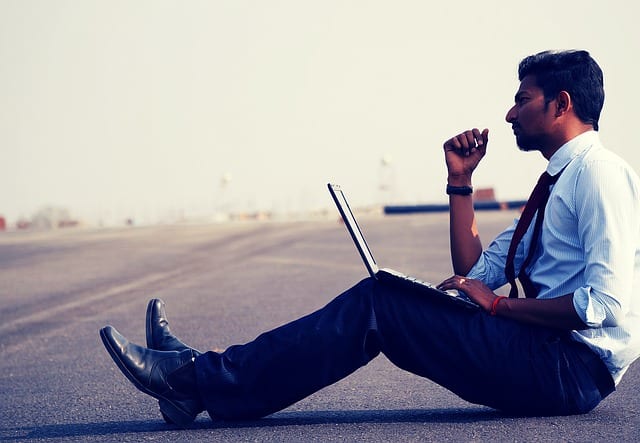 After all, there are far greater concerns that plague the country, including sanitation and hygiene, unemployment, women’s safety, and education.

In fact, the vast majority of people in rural and semi-rural areas does not yet enjoy Internet connectivity; let alone be concerned about sharing credit card details online.

It isn’t surprising that India has been relatively laidback regarding data privacy. Several other countries have been experiencing historical events regarding data protection. This obviously includes the Cambridge Analytical data breach scandal involving Facebook, the General Data Protection Regulation going into effect in the European Union, and the big reveal that one of the largest credit bureaus in the US had suffered its worst data breach in recent memory.

But it is entirely incorrect to conclude that privacy concerns are elitist. The government had made this claim when several people in positions of power had petitioned in the Supreme Court against making the Aadhaar card mandatory for accessing public welfare schemes.

Something to think about

The Center had dismissed claims that Aadhaar was the beginning of a ‘surveillance state’. Instead, it had said that Aadhaar would help people from all sections of society access various public schemes and services.

In a survey by nonprofit organization CUTS-International found that even though not everyone knows how to protect their privacy online, people from all education levels consider privacy a fundamental right.

There are various instances that prove Indian citizens’ lack of trust in the government. For example, people regularly share their names addresses and email addresses with online shopping sites, food delivery apps, and app cabs. However, when it comes to sharing the same information with the government, people become cautious.

This proves the mistrust in the government and the importance that people place on privacy. Participants in the survey also revealed their discomfort over-sharing personal views on politics and religion. They also expressed hesitation about revealing their financial details and medical history.

India does not yet have a data privacy regulation. After the General Data Protection Regulation took effect in May 2018, the Center formed a 10-member committee to draft the Personal Data Protection Bill. They aimed to ensure that every person gets data protection. This includes those who do not have the means or tools to protect their privacy.

But even without the existence of a data protection regulation, Indian citizens have become extremely cautious in recent times about who they share their data with. From using security solutions to taking a keener interest in privacy policies, consumers are now more aware of their privacy.

App cabs and food delivery apps also use names, addresses and location data and save such information for a long time. In the survey, it was found that most people believed sharing such information with these entities was harmless.

But in reality, sharing sensitive data with any online service results in privacy violations every single day.

For example, the information shared with the Uber app ultimately goes to Google because it owns Uber. Google then share this information with third-party advertisers who use the information to curate targeted ads for you.

That’s how you get to see Uber ads everywhere on the web after using the app. Google also gets to know what you do on other websites because they install tracking devices on web browsers. That is why you see targeted advertisements all over your web browser.

Quite recently it was also found that Google was tracking location information even after the location service was turned off on Android devices.

In fact, the privacy policy of Google openly states that they collect and share user data with third party advertisers. You can turn off personalized ads but you cannot stop Google from using your information one way or the other.

The survey found that about 40 percent of the participants were not aware of the private or incognito mode of a web browser, which does not store any browsing history. Many of them also believe that an antivirus solution is enough for protecting online privacy.

Although many of them were aware of the existence of other security solutions such as virtual private networks, they did not use them because they doubted their effectiveness.

It was also found that people from rural or lower education backgrounds were more vulnerable to privacy breaches. People from rural and semi-rural regions cannot read or understand privacy policies and how the technology works.

That is why the Personal Data Protection Bill seeks to not only ensure protection for everyone but also aims to educate citizens about the necessity of protecting online privacy and the best ways to do so.