Russian hackers have managed to use Hotel WiFi networks to gain access to sensitive high-level information. This common hacking method is extremely effective, even when the targets are high-level personnel. What does this mean to the average Joe? How does this affect you specifically? Read on to find out how you could be a victim of these kinds of attacks and how you can protect yourselves at all times. 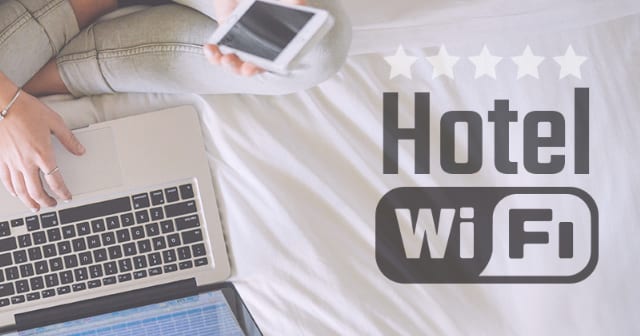 Last Thursday, the US Department of Justice charged Russian hackers for global intrusions and espionage campaigns that targeted various organizations. These organizations included anti-doping agencies, Westinghouse Electric Company’s nuclear power operations, and the Organization for the Prohibition of Chemical Weapons in the Netherlands.

What’s most alarming about this entire hackathon was the methods these hackers used. Usually, we’d hear about sophisticated remote hacks with news like this. This time, the hackers went for a very simple and hands-on approach: Man in The Middle attacks.

In simple terms, a MITM attack is when a hacker interferes with a target’s communication. MITM attacks could either be for information gathering or for the active altering of the communication going through.

In this particular situation, the Russian hackers set up outside of hotels where they knew their targets were staying in launched a MITM attack on the hotel’s WiFi. One of the things they did was spoof the WiFi connection using a WiFi Pineapple. This equipment allows a hacker to spoof WiFi networks so that victims would connect to them instead. Once a target connects to the spoofed network, the hacker will have access to that target’s data. Apparently, the Russian hackers used these spoofed networks to install malware for espionage reasons and to steal sensitive information.

Dutch intelligence agents were able to stop the hack into the Organization for the Prohibition of Chemical Weapons. The four hackers they found outside of the organization were deported back to Moscow without their equipment.

What this Means For You

“I’m not some top-level government employee, why would I be hacked?”

Well, see I’m not writing this to tell you that Russian hackers are sitting outside your hotel trying to get at your personal information specifically. However, this news does show how effective these techniques are. If they were effective enough to trick top-level government employees, do you think you’re not going to fall victim to a similar attack yourself?

The act of spoofing public WiFi is a very common hacking method. Hotel WiFi specifically is more vulnerable to these attacks than others, mostly because tourists who are there for a few days won’t have any other means to access the internet. Also, as with the usual flow of the world, when one method gets so much public attention, more low-level hackers start experimenting with it.

So yes, you are very vulnerable to this kind of attack and you need to know how you can protect yourself from it. Otherwise, you’re jeopardizing your credit card info as well as other sensitive data whenever you connect to a hotel’s WiFi network.

How to Protect Yourself on Hotel WiFi Networks

Look, hotels are easy targets. A hacker simply needs to hang around the hotel lobby or book a room for the night and he/she will be able to set up everything they need to spoof the WiFi network.

The good news is that there is an easy way to protect yourself. All you have to do is get yourself a VPN and use it whenever you connect to a public WiFi network. Most importantly, you should turn on your VPN the moment you connect to any Hotel WiFi to make sure that your information is always safe.

Let me explain how a VPN can do that.

VPNs have two basic functionalities. The first is encrypting all of your data, which protects you against data theft at all times. The second is re-routing your traffic through a secure and private connection via their own VPN servers. This particular functionality is very important, as it makes sure that no one can access your traffic, your information, or even see what you’re doing online. How is a hacker supposed to launch a MITM attack on you if there’s no way for him/her to get to your traffic?

Now that you know how unsafe your Hotel WiFi is and how a VPN can help protect you against hacks, let’s talk about the VPNs you should be subscribing to.

To start, I want to say that if you’re planning on using a free VPN you might as well not use anything at all. Free VPNs are very dangerous in and of themselves. They also do the exact opposite of protecting your data. So, yeah, if you’re going to use a free VPN, you’re not really doing anything other than slowing the internet down.

What you should be looking at is credible and trusted VPN service providers. These are paid-for subscriptions that you can use to guarantee a true VPN service. There are many wonderful top-tier VPNs that can help you stay protected while using Hotel WiFi networks. The best, however, is ExpressVPN. Our VPN experts suggest using ExpressVPN when using Hotel WiFi networks. This provider offers an impeccable service and a continuous commitment to user privacy. You can read the full ExpressVPN review here to get a better idea of the features this provider offers.

So, are you safe when using public WiFi networks? No. Are Hotel WiFi networks specifically very dangerous? Definitely. Is there a way for you to always stay protected? Yes! It’s never a bad idea to be proactive and have the tools you need to protect yourself at all times. That’s why you need to get yourself a VPN to protect you from hacks, attacks, and third-party surveillance.