Undoubtedly, American TV shows are the best. Shows like Game of Thrones, The Walking Dead, Breaking Bad, Twin Peaks, and American Horror Story have topped TV ratings across the world. Although these TV shows are top-rated, watching them abroad can somewhat difficult, if not impossible.

Due to geo-restrictions, American TV channels like ABC, Hulu, CBS, TNT, Fox, and NBC are inaccessible to online users in UK, Canada, Australia, Mexico, Germany, and the entire world. To bypass these regional restrictions, you need to get an American IP address overseas. The process is easier than you imagine, and here’s where you can read all about it. 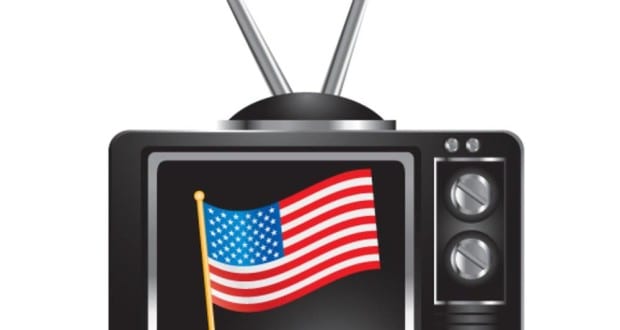 “To access HBO GO, you must reside within the fifty states of the United States of America.” This is the geo-error you get when trying to access HBO abroad. Other American channels present you with similar errors when you attempt to stream live or on-demand material overseas. To bypass these geographic restrictions, you have to use VPN or Smart DNS Proxies.

How to Watch American TV Shows outside the US with VPN

The most effective method to unblock geo-restricted streaming channels is through a VPN. By connecting to a virtual private network, you can obtain an American IP address which in turn makes US TV channels think you’re in the United States.

Here’s how you could unblock US streaming services using VPN and eventually watch American TV shows online. Note that the same process unblocks any other streaming channels anywhere in the world.

Best VPN for US Channels

ExpressVPN is a VPN provider with the most US servers. Try the service out if you want to unblock US channels abroad. Keep in mind that using a VPN or Smart DNS does not get you out of paying for a subscription.

I’ve also given time to test out the following other VPN providers to watch American channels in the UK, Canada, or Australia. For a deeper look, check out our best VPN for USA review.

A VPN is not the only online tool used to bypass restrictions on overseas content. You can also make use of Smart DNS proxies as well. What’s disappointing about a Smart DNS is its lack of security features.

This tool neither encrypts your data nor conceals your IP address, making you less private and secure online. So, from a privacy expert’s point of view, a VPN is the better option. You can read more about a Smart DNS below.

While Unlocator is not as safe as a VPN, it’s the best choice for a Smart DNS. If you don’t care that much about security, Unlocator can meet your online needs. I suggest that you sign up for the 7-day free trial without a credit card. It’s worth mentioning, Unlocator can unblock more than 220 different channels from all parts of the world.

So, head on over to ExpressVPN or Unlocator and sign up for an account. Setup the VPN or Smart DNS proxies on your PC, Mac, Android, FireStick, Apple TV, Roku, PS4, Xbox, or any other streaming device. Then, unblock your favorite US TV channels in the UK, Australia, Canada, or any place outside the USA.

Have you used either one of these methods to get your daily American TV fix in Australia, Canada, UK, or anywhere abroad to watch US TV? Let me know; the comments section is yours.