Racing fans all over the world, are you ready to celebrate Isle of Man TT’s 100th anniversary? This year’s Isle of Man TT looks to be bigger and better than ever as the island hosts the event from May 25th till June 7th. Are you one of those unfortunates who won’t get to see the race up close? Don’t worry as there are plenty of ways to stream it live. Here’s how you can watch the 2019 Isle of Mann TT live online. 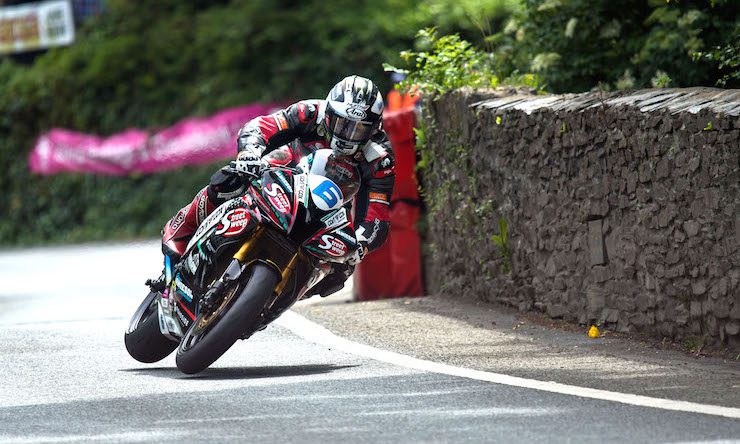 How to Watch Isle of Man TT 2019 Live Online

On May 31, the action kicks off with a qualifying highlights show, detailing all of the week’s practice action ahead of the first race on Saturday. After that, you can watch all the real action from June 1st till June 8th on the channels listed above. However, these services are only available in the countries stated next to them. If you live outside those regions, you won’t be able to stream the race at all. Well, that’s unless you make use of a Virtual Private Network.

A VPN is a robust internet software that helps users change their current whereabouts and appear to be accessing the internet from a different country. That, of course, is based on the server they connect to. Once connected, you’ll receive an IP address in the region where the server is located. As a result, you’ll be able to access all streaming channels and services available in that territory.

For example, if you wish to stream this year’s TT on ITV, you’ll have to connect to a UK server. When you do so, you’ll obtain a British IP address and you’ll be able to unblock ITV wherever you might be. It’s really simple. Just follow the steps below and you’ll be watching the 2019 Isle of Man live in no time:

ExpressVPN offers the best services in the entire industry. From security to bypassing regional restrictions, all included in a single subscription. Now, in case you don’t like what they’re offering, you can always choose an alternative from the table below.

You may know it as TT Races, but it actually stands for Tourist Trophy Races. The event began back in 1907 and now is known as the Isle of Man. You never know what to expect on the track. You’ll witness some heartstopping thrills with bikes flying with such jaw-dropping speed. I’m quite sure it will leave you speechless for quite some time.

Up till now, the fastest speed record has been awarded to Kawasaki rider James Hillier on his Ninja H2R. Last year, Peter Hickman recorded the fastest ever lap on the Mountain course with a speed of 135.452  mph on Smiths BMW.

The qualifying rounds of this year will kick off on May 25th. However, the real deal begins on June 1st.  The four race days will feature seven solo and two sidecar races as powerful Superbike machines race out for six laps around the 227 bends of the 37-mile circuit.

The TT race is widely regarded as the most prestigious title in Sidecar racing in the world. The first sidecar race will be also featured on June 1st along with the Superbike TT. Local hero Conor Cummins will once again lead the field down Bray Hill at the start of the Superbike and Superstock this year.

John McGuinness is set to make his TT return having been absent with a leg injury sustained in a crash at the 2017 North West 200. He’s up and running now and his fans are eager to see him in action once more.

Lee Johnston returns following a difficult time on the works Honda last year. He will leave the start line 10 seconds behind Hickman at 11 on the Ashcourt Racing BMW.

The first week will cover the qualifying runs. They will be featured each evening from Saturday 25th May to Friday 31st May 2019 with Sunday as a resting period. As for the schedule, scroll a bit further and check it out:

The course is stacked with amazing racers during the 2019 Isle of Man TT. Here are the top 20 starters:

The entries and starting order for the Sidecar events have been launched, with last year’s champions Ben and Tom Birchall setting off first. This is an exciting race to watch, but remember, we have four days of epic motor action so clear your schedule. Tune in from May 25th to June 7th and watch the Isle of Man TT 2019 live anywhere in the world with a VPN.