The UK Amazon Instant Video Prime Video service “Also known as Lovefilm” gives you access to digital movies and TV shows. If you try to watch the UK version of Amazon Instant Video in English-speaking countries such as USA, Australia, Canada, Spain, France, Canary Islands, Hong Kong, India, Indonesia, Malaysia, Qatar, New Zealand, Germany, Turkey, Saudi Arabia, or Dubai you will get a geolocation error. To bypass this all you need is a valid Amazon Prime membership and a VPN or Smart DNS set up to overcome location restrictions that would otherwise block you from watching Amazon Instant Video. 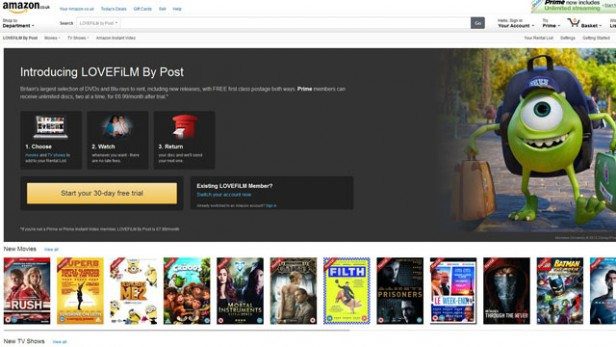 VPN is one of two solutions when it comes to IP address spoofing. It grants you the ability to change your IP address so that you appear to be logged in a different country. This way you’ll be able to watch internet streaming services that are restricted to certain regions such Amazon Instant Video, Hulu, Crackle, or Netflix even though they are blocked in the area where you live. If you want to access US channels, abroad simply connect to a USA VPN server. In case you want to unblock UK channels, you choose a UK VPN server instead. See more below:

If your device does not support VPN “Smart TV, Apple TV”, you can still setup VPN on a VPN compatible router. Otherwise, see Smart DNS below. If VPN is the thing for you, check out ExpressVPN, they do have multiple VPN servers in most world countries.

Smart DNS is an alternative solution to VPN. Unlike VPN, however, your internet speed is left unaffected since your internet traffic is not encrypted. Another distinct difference is that Smart DNS does not re-route all your traffic, it only does so to the Geo related bits and pieces. Smart DNS offers many other advantages, see the list below :

Unlocator is  Smart DNS provider which offers 100 unblocked streaming websites and a 7-day free trial with an easy to follow setup guides including video guides.

Watch Amazon Instant Prime/Lovefilm outside the UK- The basics

You can watch Amazon Instant Video directly on your PC or via any streaming device such as:

The way to go depends on what device(s) you want to unblock. You do have two choices, either VPN or Smart DNS Proxies.

Unblock UK Amazon Prime outside UK – How to?

In the end, it all comes down to what you need more: Speed and diversity or privacy and security? Smart DNS Proxies and VPN both grant Internet access without geo-limitations.