6Play
is a French video on-demand service that offers programs from M6/W9 and live TV/replays. Because 6Plays is only available in France, you need to bypass geographic restrictions to watch 6Play outside France. Learn how to unblock 6play in USA, Canada, Suisse, Italy, Allemagne, België, Luxembourg, and UK  using Smart DNS or VPN in this tutorial. 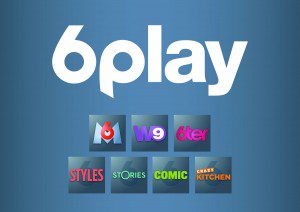 Important Note: This help guide has been created for people with no Smart DNS or VPN experience. For those of you with prior knowledge of how to access geoblocked channels, use Unlocator‘s Smart DNS service to watch 6Play outside France. If you find VPN easier to use, go to ExpressVPN and create an account. Choose a French VPN server after you install VPN. Voila! Watch 6Play abroad.

6Play is geoblocked outside France. This means you need to fake your location in order to watch 6Play outside France. Luckily there are two methods to do that. Smart DNS proxies allow you to fake your location and appear to be virtually located in France. After you set up your device with Smart DNS, you’ll be able to access 6Play as if you’re actually located on French territory. Smart DNS proxies do have other advantages.

Alternatively, you can use VPN to access geoblocked channels like VPN outside France. VPN directs all your traffic towards a VPN server located in a country of your choice. If you want to unblock French channels like 6Play or CanalPlay, choose a French VPN server. The list below shows VPN pros and cons at a glance.

Make sure that whichever VPN provider you choose doesn’t keep logs of your online activity or personal info. I’m using ExpressVPN. They offer great online support and have VPN locations in around 55 countries including France.

6Play outside France – How to unblock and watch with Smart DNS or VPN.

6Play offers catch-up TV and on-demand shows and live programs from a range of French channels.

6Play is available on a number of streaming devices.

I’ve included all the essential info about watching 6Play abroad. Feel free to add a comment below if you still have any questions about how to unblock and watch 6Play outside France using Smart DNS proxies or VPN.