AT&T has broken into the streaming world with their new WatchTV streaming service. Available on iOS and Android devices, Apple TV, Smart TVs, Amazon Fire TV, and Chromecast, the new service seems to be something worth looking into.

As one would expect with a American streaming service, WatchTV is blocked outside of the US. 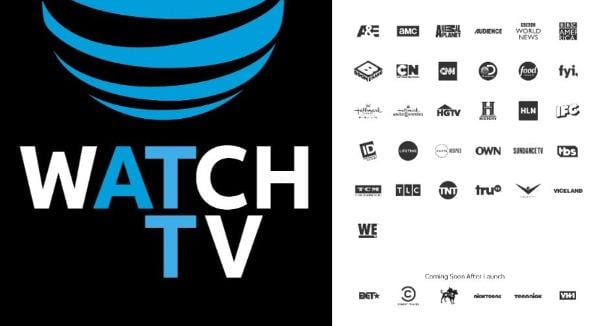 How to Unblock AT&T’s WatchTV Outside of the US

There are two ways to become a WatchTV subscriber:

That’s great! If you’re living in the US. Sadly, WatchTV is another streaming service that has some serious geo-blocks. If you’re not in the US and you don’t use a VPN to change your IP, you are not getting access to WatchTV.

Why a VPN lets you Access WatchTV Outside the US

It’s actually simple: To access WatchTV your public IP should show that you’re in the US. The fastest way to change your IP is by using a VPN.

A VPN is a service that gives you extra privacy and security when you’re online. A VPN can also change (spoof) your IP and show that you’re located in a different country. When you launch a VPN, you also pick a server to connect to. Your public IP address then shows the IP address of that server. Et Voila, problem solved!

You’re outside of the States, you want to access WatchTV, and you know a VPN is your best bet. Let’s deal with which VPN you should use and how you should set it up.

I’m a loyal customer of ExpressVPN myself. Other than the killer security services it offers, ExpressVPN has over 2000 servers in more than 64 countries. That means that I can always find a server that works with whatever geo-block I want to get around.

Setting up a VPN and then using it to unblock a geo-restrictions is more-or-less a simple process. I’m going to explain it using ExpressVPN, but the process is the same for almost all VPN providers.

I always say this because I believe in being 100% transparent with my readers: No VPN will let you bypass any subscription or registration fee. All a VPN does it make it seem like you’re in the country that has access to the service.

WatchTV is a new streaming service, so we really don’t know what kind of a service it’s going to be. What we do know, though, is what features this service will have. So far, it looks like it’s something worth checking out. If you’ve already tried out WatchTV, let me know what you think about it in the comment section!