Apple rolled out iOS 12.4.1 on Thursday and rewarded Grant Thompson who initially reported the FaceTime’s Group chat bug. The company credited the 14-year-old for finding the bug- which got finally fixed- with an unspecified additional gift to his education.

It was 14-year-old Grant Thompson and his mother who discovered and reported the Facetime bug. However, due to some difficulty getting in contact with Apple, someone else discovered the bug. Soon enough, the entire world knew about it through social media.

Although Apple was slow to respond to the report, the company now is willing to reward Grant for privately submitting security bugs and vulnerabilities to them. Apple will also offer an unspecified additional gift to Thompson’s education.

To help refresh your memory, the bug was a result of a screwup in FaceTime’s group call system. The bug made the recipient’s phone think that a group call is already ongoing. FaceTime even turned on the recipient’s microphone without them even answering the call.

Following the Facetime bug that allows eavesdropping, Apple has disabled the group calling feature within its FaceTime calling service. Leading up to this point where Apple launched the latest software update iOS 12.4.1 which provides important security updates. Most importantly, it finally addresses the FaceTime bug which allowed others to eavesdrop on your iPhone’s video and voice feeds without you even knowing. 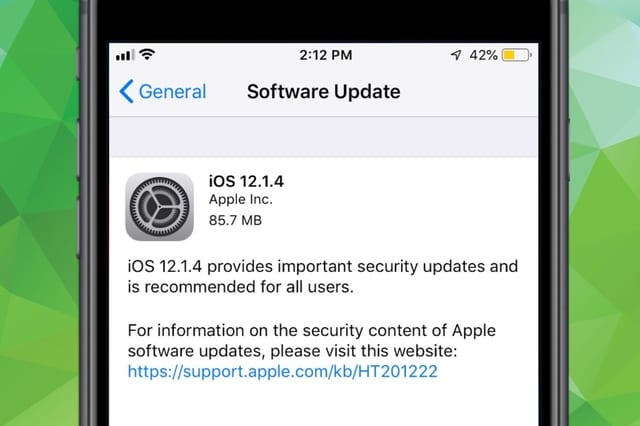 Apple offers up to $200,000 to those who discover vulnerabilities and report them. Keeping in mind that selling bugs like that is more valuable than reporting them. A security researcher pointed out a macOS flaw earlier this week but refused to submit it to Apple. The researcher was trying to pressure Apple into paying him/her for Mac security flaws. Bottom line is Apple offers compensation for iOS bugs only, not macOS ones.

What Apple Had to Say in Response

In response to the entire incident that took place, this is what Apple said:

“In addition to addressing the bug that was reported, our team conducted a thorough security audit of the FaceTime service and made additional updates to both the FaceTime app and server to improve security. This includes a previously unidentified vulnerability in the Live Photos feature of FaceTime. To protect customers who have not yet upgraded to the latest software, we have updated our servers to block the Live Photos feature of FaceTime for older versions of iOS and macOS.”

While Apple produces some of the most secure devices in the world, there is always room for bugs that hackers can potentially exploit. As an iPhone user, you can take extra steps to make sure your iOS device is kept secure.