These days, people are connected almost every waking moment of their lives. In such a scenario, you cannot deny how vital it is to secure your data. Most of us have used some sort of encryption tool when going online. But do you know what comprises of this essential process? 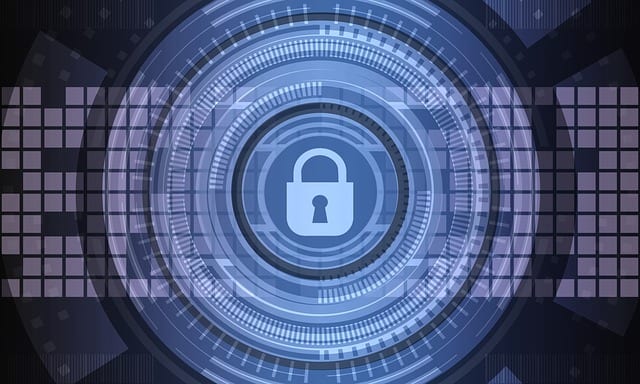 Encryption of data means that a mathematical function is applied to a file containing sensitive information. Thus the data becomes unrecognizable to unauthorized users. Only the decryption key, which is a combination of a private key and decryption algorithm, can unlock the data and make it accessible to anyone. Below is the list of a few basic encryption terms you must understand.

Encryption process uses a cryptographic algorithm which can transform the information from readable message ‘plaintext’ into encrypted data called ‘ciphertext’ that resembles random strings of characters.

A cryptographic key is used to lock your data and then unlock it from ciphertext to plaintext. It determines the result of the encryption algorithm.

Key can only be used by software and is difficult to crack as it is complex in nature. It is easy for others to guess a password since it is a smaller set of characters. Passwords and keys are stored in a keyring.

Apart from messaging, you can see the use of a key pair in digital signatures. The sender can sign their message using their private key. The receivers can open the message with the public key and verify that it is indeed sent by the sender’s private encryption key.

VPN stands for Virtual Private Network. It is a software that creates a secure connection or channel which can maintain the privacy of any form of communication. So, encryption software that only protects data on your disk leaves your transmitted data unprotected.

In contrast, VPNs encrypt all your data from the source to the destination. This means if there’s a spy who’s trying to sniff your details, they will get no useful results. Without the decryption key, there is no way to intercept and understand your communications.

The best types of VPN offer 256-bit AES encryption. In addition to this, they also use the latest tunneling protocols and security measures to route your data and keep it safe. Read about the best VPNs here.

Anyone who is familiar with social messaging mobile application WhatsApp has an idea of an end to end encryption. The service started encrypting all private messages of its users from 2016. E2EE was already available in other messaging services, but WhatsApp brought it into the mainstream.

E2EE means that when you send a message, it remains encrypted until the recipient gets the message. It makes sure that the private key used for encoding and decoding your message is used by no one but you.

A cryptographic hash algorithm is a mathematical function which encrypts the passwords. The plaintext with an arbitrary size is converted into a hash which is a bit string of fixed size. The hash value cannot be unhashed, that means it is next to impossible to decrypt it through brute-force attacks.

Hashing cannot read back the data but it can compare two sets of data. The purpose of hashing is to identify and authenticate data. Security of hashed passwords depends on the password itself, but they are used in authenticating codes and in digital signatures.

In the process of generating a key, a password is very important. To provide an additional step of security, the password is salted in a one-way process. Salt is the random piece of data which boosts security by providing defense against a dictionary attack.

Addition of different values of salt to the same password generates totally dissimilar hash values. This way, even if the attackers can get hold of the original password, the generated hash value is secure from a breach.

A pepper is similar to salt in function during the cryptography process. It can be added to the password in combination with salt before it is hashed.

In the science of cryptography, a dictionary attack is a common hacking method where the attacker makes guesses regarding the passwords using common words from the dictionary. This seemingly simple hacking technique is very successful because a lot of people tend to use short, easy to remember, everyday words as their passwords.

Dictionary attacks can be stopped from bypassing internet security if everyone chooses stronger passwords which are difficult to determine using combinations of commonly used words.

It is a method to bypass the security of an algorithm or authenticating it. An explicit backdoor is known to all, but an implicit backdoor cannot be detected.

A cracker is a hacker who tries to breach a computer system with the criminal intention. There are ethical hackers who enter the system and find its vulnerabilities to fix them, but crackers hack the systems unlawfully.

Clipper was once an encryption device created by the US National Security Agency. It had an explicit built-in backdoor and was used for voice transmission. Clipper was suspected of illegal surveillance by the NSA, resulting in a huge outcry from the general public and became obsolete.

HTTP Secure protocol is a term known to anyone who browses the net. A website is secure if it has the Transport Layer Security (TLS) encryption. A single-use symmetric session key protects your data in the process. This means that as soon as you leave the particular website, the connection is destroyed. If you revisit the same site, another single-use key is generated for that session.

Encryption Has Become Crucial in the Digital Age

To keep your communication private and for the security of your highly sensitive and personal data, encryption is very important. You use e-commerce or mobile applications for communication, and without encryption, you will be left vulnerable while connected to the web.