Are you as excited for Apex Legends as I am? Well then, you’re about to learn how you can get the best gaming experience when trying the new battle royal hit out.

This way involves a VPN service provider, and I’m going to show you exactly how you can use it and which VPN is the best for Apex Legends. 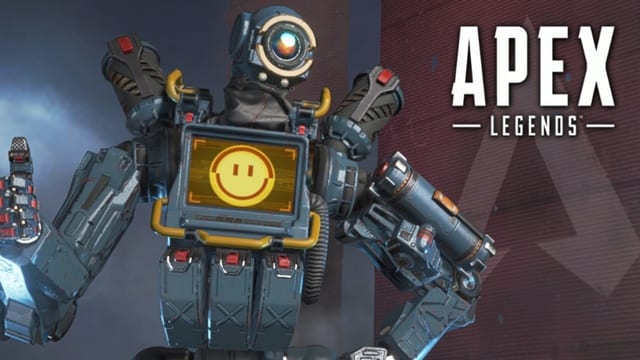 Respawn Entertainment currently owned by EA has launched a battle royale game called Apex Legends on February 4, 2019. Like any other game, it’s a battle between good and evil. Respawn referred to the game as a “tactical squad-based battle royale” game and the “ultimate test of survival.” The game was rumored to be a free-to-play version of Titanfall. However, it’s more likely to follow in Overwatch’s footsteps. Just like Overwatch, your team has to pick characters — from the fearsome “Gibraltar” to the sneaky “Mirage,” which complement their abilities.

The game takes place in the Titanfall universe, but no mechs or contraptions are involved. It’s a standard run-and-gun shooter, and each character in the game possesses unique abilities. Twenty squads of three players fight to the last team alive. This means that instead of having a hundred players, there are sixty. Thankfully, there are many characters you can choose from. You’re going to find a fighter you like. What’s interesting about this game is that you can understand each other without even having to move your lips. Communication is essential in the game; however, if you don’t want to use a microphone, there are ways to “ping” weapons, enemies, and locations.

Why Need a VPN for Apex Legends?

First things first, a VPN for Apex Legends lowers the latency that exists between the player and the server-client (ping). Connecting to one can also speed up your connection. But, that’s not the only upside to it. Also, there’s nothing worse than having your game time decreased by inconsiderate cretins, however, a VPN can work against that.

DDoS attacks are gamers’ worst nightmare, but a VPN can provide protection against them. Besides DDoS protection, a VPN gives users the chance to connect to servers in different locations, which can help reduce ping. You can also play any game from any country by connecting to the servers there.

Many are the VPN service providers on the market. They all claim to offer top-notch services, excellent speeds, and impeccable performances. But, how many live up to their claim. We’ve already tested out several different providers and check out the best VPNs for Apex Legends below.

If you subscribe to ExpressVPN, you get to be one of the very first people to play specific games. You get to do that by downloading these games from countries with earlier launch dates thanks to ExpressVPN’s extensive server network. For example, in some countries, the games appear in the store earlier than others. Once you connect to a server in that country – where the game is already released – you get to access it before it’s even available in your country.

This provider also helps you beat latency issues and reduce ping times. You get to keep your data safe with a tightly encrypted secure gaming network — play multiplayer games in any region on any platform of your choosing.

IPVanish is the best VPN for gaming, providing fast connection speeds with no throttling and no bandwidth limit. Unlike other VPN service providers, IPVanish does not keep any logs of your activities.

IPVanish is one of the best VPNs for gaming. The provider offers its subscribers online freedom by putting you in charge of your IP address. You get to protect your online privacy during gaming while receiving the fastest speeds possible. In brief, play online for as long as you want without having any third party log your gaming activity or interfere with your speeds.

Another excellent VPN for gaming is NordVPN. It’s one of the best VPNs thanks to its incredibly-fast servers spread in over 60 countries. NordVPN’s software is almost compatible with all platforms, including VPN routers.

The company uses OpenVPN encryption to ensure the utmost security. It will protect your console or PC against DDoS attacks. These attacks are every gamer’s nightmare. The NordVPN company also tends to its customers with great care. You can even give the service a try for 30 days, and get your money back if you didn’t like it.

How to Change Apex Legends Server with a VPN?

These instructions will help guide you through the process of changing the Apex Legends server you are connected to. Also, follow these steps in the event of a blocked IP address:

Note that you cannot directly install a VPN on an Xbox One or PS4. In this case, you will have to get the VPN on your router.

As avid games, we have created a VPN software that offers gamers fast, uninterrupted gameplay, anywhere. This means your gaming experience is only going to get better and better with a VPN service provider. Enjoy playing Apex Legends with a VPN installed on your gaming device and let me know how it worked out for you in the comments. 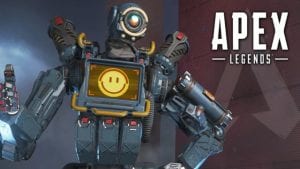 Description: ExpressVPN offers lightning-quick speeds and 99.9% uptime. If you take your gaming seriously, you need to take your internet connection seriously too.