Dear Canadian expats, this blog’s for you. It can be frustrating losing access to all the content you were used to consuming back home. In Canada, CBC is more-or-less the end-all for all forms of entertainment. From radio to TV, CBC covers it all: Music streams, news broadcasts, TV shows, Sports events, and movies. The problem here is that not everything offered by the network is available for international viewing. For this reason, you would need a VPN to unblock the regional restrictions. In this blog, I’m going to give you the best VPNs out there for unblocking Canada’s CBC. 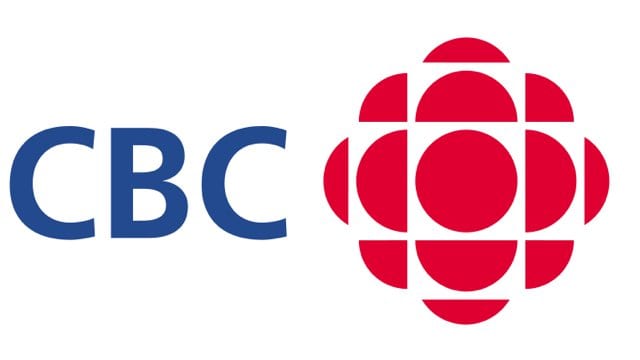 Unblock Canada’s CBC – What VPN Should You Use?

Unlike other sites, CBC does offer some content up for international viewing. However, when trying to watch live or on-demand content on CBC Player in the USA or elsewhere outside Canada, you will be presented with the following geo-location error instead:

“Oops… We’re sorry, this content is not available in your location. If you believe you have received this message in error please contact us. Error 21”

CBC Radio One and Radio 2 have a live stream that you can access, but the stream changes based on regional location. CBC Music streams and CBC Radio 3 are not available internationally. Neither are most of the streaming player content. All of this can be bypassed, though, by using a VPN. A VPN can spoof your IP address and make it seem as if you are located in Canada, giving you access to all local content.

Below is a handy table that shows the providers that work best for unblocking the regional restrictions. I’ll be discussing each provider separately below.

When shopping for a VPN provider, you need to keep a few things in mind. First, you want a provider that actually works to keep your data private. This means that you should check and see if the provider you’re looking at as a viable zero-logs policy. The next thing you should look at is whether or not the provider is free or paid for. If it’s a free service, then you’re better off not subscribing in the first place. Free VPNs are actually very dangerous, and you end up paying for your service in a way that’s worse than shelling out a few bucks.

Paid providers, on the other hand, are credible. The fact that you’re paying for the service means that the provider has to provide what they are offering. Your best bet, by far, is to subscribe with a top-tier VPN provider that is credited with doing the job it advertises. The following providers fit all of the criteria you should be looking for:

The best VPN you can use, in general, is ExpressVPN. Widely known as the best product on the market, ExpressVPN offers 2,000+ servers in more than 94 countries, giving you genuine global coverage at all times. Security wise, ExpressVPN uses military grade encryptions and the latest VPN protocols to keep your traffic and data safe. ExpressVPN also has:

You can read the full ExpressVPN review here, and test out their services by taking advantage of their 30-day money back guarantee.

The Number 2 spot goes to BulletVPN, a P2P supporting service. BulletVPN does have a low server count (47 servers in 30 countries), but it fully makes up for it with the features it offers, which include:

As with ExpressVPN, you can benefit from BulletVPN’s 30-day money back guarantee and test out the service for yourself. Take a look at the full BulletVPN review here for a better idea of all this provider has to offer.

Here is a top-tier provider full to the brim with extra features. NordVPN has 4,000+ servers found in more than 60 countries, one of the highest server counts available. The VPN provider even has designated streaming servers for uninterrupted viewing. Some of NordVPN’s other features include:

Check out the NordVPN review here to learn about the other cool features this VPN provides. Same as with the first 2 providers, you can benefit from their 30-day refund policy before making a commitment.

The last VPN on this list is IPVanish. This provider has fewer servers than ExpressVPN and NordVPN but does a little better with the coverage than BulletVPN. With 750 servers to its name, IPVanish ranks in the middle ground for global server coverage. However, their Tier 1 networks more than make up for that, providing better streaming services for all those who connect to these optimized servers. Some of IPVanish’s other features include:

You can read more about IPVanish in this full review. You benefit from their 7-day refund policy and test out the provider for yourself.

How To Unblock CBC Player in USA with a VPN

Now that you know what a VPN should do and have an idea of which VPNs you should be looking at, let’s talk about how to get your VPN to unblock CBC.

It’s actually very straightforward: When you launch a VPN you have to connect to one of their servers. Using that server, the VPN will re-route your traffic through a secure tunnel and encrypt all of your data. When that happens, your public IP address changes to match the server’s location. To unblock CBC, you’d need to connect to a Canadian server. Here’s how you can do that using ExpressVPN (the following steps can be applied to all the VPNs listed above):

And that’s all there is to it! You can easily unblock CBC and access all of the content from back-home anywhere in the world! With a VPN, especially one of the VPNs mentioned above, you never have to miss out on Canadian content again.