If you ever get the chance to travel to Cuba, one of the few things you’re going to definitely enjoy about the place is their dancers. The nation is known especially for their Cuban cigars and Salsa. It’s a performance that you can’t really afford to miss once if you ever find an opportunity to tour the country. Once you settle into a nice hotel, one of the first things you’re going to do is probably ask for the Wi-Fi password. The thinking is that it’d be great to check in with friends and family on social media to let them know that you arrived safely. As soon as you get online, you’ll get disappointed with how slow their service is, and this might mean resolving to stay offline for the rest of your stay in Cuba. 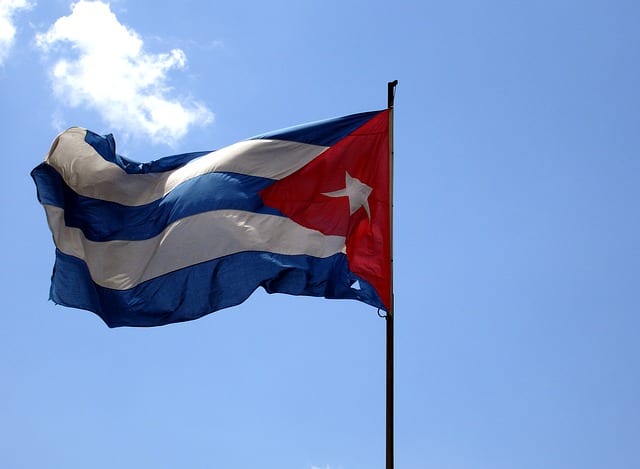 Cuba’s economy hasn’t been doing well for a while now, and this is one of the many reasons why the government cannot afford to set up the required network infrastructure to facilitate reliable Internet connectivity. You’ll find it difficult to use even lightweight apps like Whatsapp and Facebook Messenger since the speed that you’re likely to find in most places around the country is 1Mbps. With such low speeds and an overall low Internet connectivity rate, the government doesn’t even need to enforce any form of blocks or restrictions since they’re aware that users are already discouraged from getting online. This still doesn’t mean that they are monitoring Internet usage. The government is still very keen on knowing what anyone within the country is up to online.

This disregard for Internet privacy doesn’t sit well especially with foreigners who have already gotten used to their online freedom. This means to stay secured, they might want to look for a solution that maintains their online privacy. There really isn’t any other solution that guarantees complete security online other than a VPN.

The Need For VPN in Cuba

Despite the awfully slow speeds you’ll be forced to use while in Cuba, it is still possible to surf both anonymously and securely courtesy of a VPN service. Short for Virtual Private Network, a VPN secures your browsing by rerouting your traffic through encrypted servers. This way, nobody has access to the history of content you’re viewing online, as well as the location you happen to be browsing from. This is how your location gets masked: once you subscribe to a credible VPN service, you choose which location you’d like to have your server based from. Once you establish a connection to the remote servers, your actual location gets interchanged for that of the server, meaning you’ll be able to make it seem like you’re browsing from wherever you want to.

This allows you to access geo-restricted sites that may have placed a block on users access from regions such as Cuba. A credible VPN service should be able to ensure you remain safe and secure and still make it possible to access sites that prefer to have their users based in specific locations.

The Best VPNs for Cuba

In this review, we’re going to go through a number of services that you can rely on to offer the best protection, and prevent any cyber threats from messing with your connection.

Our top recommendation for the best VPN in Cuba goes to ExpressVPN. This robust service is especially known for their reliable customer service team, which is always available to answer any questions that users may have regarding their service. ExpressVPN allows for up to 3 simultaneous connections and has servers present in over 94 countries worldwide. This wide range of availability allows them to provide their service to a wide range of clientele, and also make it possible to access a wide variety of sites even when based in Cuba. The service promises not to make any copies of your use thanks to their 30-day money back guarantee, and with speeds fast enough to guarantee zero lag logging, you don’t have to worry about anyone spying on whatever it is you’re up to online. Their reward scheme is also one of the best, as you’ll be able to get up to a month of free service if anyone you refer the service goes on to sign up. Their collection of Stealth servers will allow you to surf even in the most restrictive areas, so you shouldn’t have any problems accessing sites based in regions such as China, Saudi Arabia and the like. ExpressVPN offers a 30-day money back guarantee to any of its users who opt to try it out, so go ahead and see what they have to offer.

VyprVPN offers a ton of great features to anyone thinking of signing up with the service. It’s more than 700 servers make for a pretty decent connection, and the speeds that you’ll get to use with the service will allow you to make the most of it from Cuba. If you’ve done a little research about it, you’ve probably heard of its Chameleon feature, that makes it pretty difficult for most ISPs to figure out that you’re even using a VPN. With this advantage, you’ll be able to access sites even in the most Internet restrictive areas, and with none of your browsing information being stored, you shouldn’t have anything to worry about. VyprVPN also assures subscribers of their capability to unblock US Netflix and also provides easy to use apps that are easy to use and navigate through. VyprVPN also happens to completely own its server network, meaning any problem you come across can be addressed directly by the service without requiring collaboration by any third parties. Subscribers will also be assured of a service that beats throttling and allows you to make the most out of your speed, even if you’re based in a region such as Cuba. Trying out the service only takes signing up for their 3 day free trial period, so you don’t have anything to lose when signing up.

IPVanish also features among the list of providers that fully own their servers, meaning their customer care team won’t take long to sort out any of your issues. IPVanish offers unlimited bandwidth and unlimited server switching, and also blatantly supports any form of anonymous torrenting. As a top-tier VPN app, IPVanish allows users to access more than 850 servers, all scattered across servers based in more than 60 countries. This provides up to 40,000 servers up for use and makes it easy for subscribers to connect to servers based on wherever they may want to browse from. The service has well-built apps that have been custom made to run on popular platforms such as Windows, Linux, iOS and Mac OS, so there shouldn’t really be any issue regarding compatibility. The security offered is 256-bit AES encryption, and with the assurance that none of its customer’s traffic will be shared thanks to their zero-logging policy, IPVanish solidifies its position as one of the most credible VPN providers in the market. They’re also among the few providers that offer a free trial period as long as 7 days, so you can see how much they want you to experience their service for yourself.

Conclusion on The Best VPNs for Cuba

If the current state of affairs prevails in Cuba, you won’t probably enjoy surfing the Internet from there as much as you would when at home. With these VPN services though, you’ll at least have a sense of security knowing that you’ll be protected whenever online, and also have a sense of anonymity, since nobody will be able to track back your connection to you. Get a VPN, and get secured. 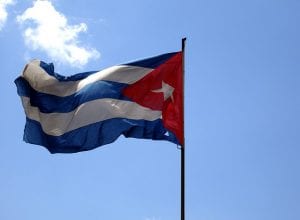 Description: Cubans can benefit from the quality services offered by this service provider. EXpressVPN swears by privacy and security from anywhere around the world.