From the cultured cities to the quaint countryside, France has been the perfect destination for travelers, especially when it comes to romance. However, falling in love inside the “Country of Love”  is one thing, and falling under surveillance is another. The internet in France isn’t as free as one would hope for. The government continually monitors individuals, block several websites, and too much freedom of speech is not tolerated. 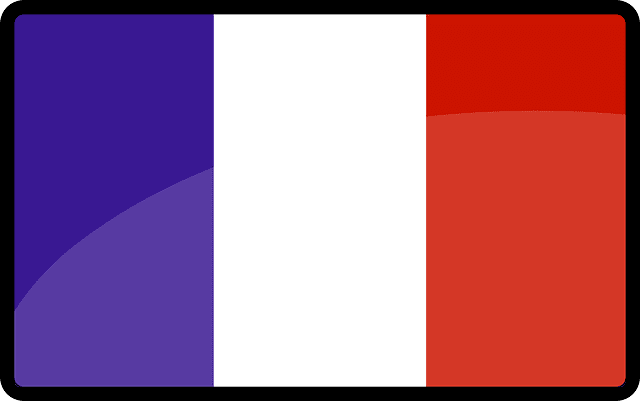 That’s why VPNs are essential if you live in the country. But the question is: Why use a VPN? And what are the best VPNs for France? Find out in this review.

France is known for beauty, but the internet is nowhere near to be called beautiful. From monitoring, surveillance, to internet restrictions, these are things that could cripple users’ online freedom.

With a VPN, all these issues can be solved. What VPN should you choose? That’s what this review is here to show you:

Why a VPN for France

Whether you know all about the internet in France or not, a VPN is always a must. It doesn’t matter if the country is considered free or partly free, there are always threats on the World Wide Web. With that said, here’s why you need a VPN in France.

A lot of the restrictions aren’t reasonable. You might have trouble downloading some apps on your phone with your French IP address. Even applications like Youtube are subjected to filtering.

If you’re French and traveling anywhere in the world, you’re also going to face troubles. It won’t be possible to access channels like Canal+, Molotov TV, France TV, Eurosport or Play TV. So, getting a VPN is important.

The Internet in France

According to a newly enacted law, French intelligence and government officials can spy on internet users without prior legal authorization, as explained by President Francois Holland.

Another law comes in the form of LOPPSI 2, which allows filtering the Internet without any justice decision. Whatever is on the sites’ blacklist is under control of an administrative authority depending directly from the Ministry of the Interior. No independent monitoring is present.

Moreover, France is a member of the 14 Eyes. France has data retention and surveillance laws that mandate for the ISPs to keep your data for one year. This means state agencies can access your data without oversight.

If the French Constitutional Council finds someone suspicious, it obliges ISPs to monitor their online activity. The collected information is sent to intelligence agencies. So the ISPs and law enforcement install stealth cameras and keyloggers to analyze the person’s data for skeptical actions.

The laws in France grant surveillance of electronic data sent and received from abroad as well.

Illegal torrenting is punished with a large fine if your ISP catches you torrenting copyrighted materials. ISP can do so by the anti-piracy law HADOPI. It lets them bypass the legal procedure and carry out private policing of copyright.

Without a decision from a court or judge, officials can remove and block any content by the emergency legislation and Anti-Hatred laws. Thus, there’s a lot of censorship and filtering on the websites and the contents they provide in France.

Furthermore, in France, like other countries such as the USA and Australia, cyber crimes are occurring. The French suffer more from cybercrime than any other Europeans.

In fact, 41 percent of French smartphone users have been victims of criminal acts in the past few years. So, to be safe while browsing the internet, you need a VPN.

The VPNs mentioned below are ranked according to their server coverage, speed, performance while streaming geo-restricted content, their prices, and their business ethics.

ExpressVPN operates in its headquarters in the British Virgin Islands, a pro-privacy legal climate, and they don’t log traffic or DNS queries. They use OpenVPN, 256-bit AES-CBC encryption, and other privacy features.

We tested the VPN to see how well would it help us in the French region. Technically, the results were all excellent. If a VPN works in China, you bet it can easily operate in France. Here’s what we got:

ExpressVPN enhanced its privacy by adding the likes of a kill switch. It’s a technology that cuts off users’ internet in case a sudden drop in the VPN connection occurs.

BulletVPN operates straight from Estonia, a country far away from the Five Eyes association. There are no data retention laws present, but if there were, BulletVPN follows a strict no-logging policy to protect its customers.

Ever since its launch back in 2017, BulletVPN has been upping its game to compete with other VPN giants. And to be honest, according to our tests, it’s doing a very good job at it.

Moreover, BulletVPN has two main privacy features in the form of a Kill Switch and Bullet Shield.

A kill switch turns off your internet access if your VPN connection drops. This doesn’t allow your browsing activities to flow back through your ISP’s servers.

As for Bullet Shield, this technology won’t allow you to access the internet at all without connecting to a BulletVPN server. Note that it cannot be activated without the kill switch already on.

BulletVPN costs $10.98/month. However, if users subscribe to their yearly plan, the price goes down to $3.75/month.

Finally, the provider has a  30-day no-questions-asked refund policy, as well as a 1-day free trial for Android users and customers who contact the support team.

Unlocator is a newly established VPN service. It was a pure Smart DNS provider, but now, it’s considered as a hybrid. The provider is based in Denmark, which is part of the 14 eyes alliance, an expansion to the notorious 5-eyes alliance.

During our tests, we found that it collects no logs, stores no data, and does not leak any of our information. However, there are a lot more details to dive into:

Unlocator uses the highest security measure – AES-256 encryption, along with a kill switch and what they call Unlocator Shield.

The latter secure the users’ connection if any interruption occurs, preventing it from leaking to the ISP’s servers.

Users can get a monthly subscription for $9.99/month (VPN and Smart DNS). If they’re only interested in Smart DNS, they can get that for $4.95/month. However, in a country like France, a VPN is always the choice.

Finally, the provider has a 30-day money-back guarantee, and it’s one of the few providers that offer a free trial without submitting credit card info. You can use “Unlocator” free of cost for 7 days before entering the 30-day refund duration.

NordVPN is the proud holder of self-managed servers and has a true zero-logs policy backed by OpenVPN over TCP and AES 256-bit encryption.

They are based in Panama, which means the absence of 14 Eyes, Big Brother or any data retention laws. But is that enough to deem it credible to use in France? No, but the following tests are:

NordVPN is one of the most sturdy VPNs in terms of encryption and security. Their video streaming is in HD. They have double VPN and anti-DDoS, with other pros that are mentioned below. However, their increased security with double encryption reduces the speed.

Their monthly subscription costs $11.95, which might be a little bit expensive, but acceptable compared to what it has to offer in return. NordVPN also has a 30-day money-back guarantee in case you weren’t satisfied with its features.

Living in France means you are subject to a lot of restrictions and surveillance. If you like your privacy and like to unblock certain contents, you should get a VPN. A lot of VPNs offer many advantages and disadvantages.

So, it’s up to you to pick the one that suits you better and invest in it. No matter which one you choose, make sure it’s valid, secure and has a decent refund policy. Kindly let us know which VPN you ended up with, in the comments below. 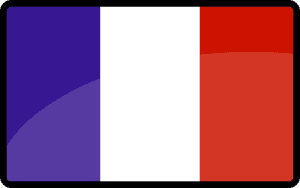