Tennis lovers, get ready for some hit and grunt action from February 8th,2021 to February 21st, 2021 as the 109th edition of the Australian Open is on the way. This will be the first Grand Slam of the year, taking place at Melbourne Park, Victoria, Australia. The Australian Open 2021 will be broadcast on Channel 9 and other associated channels, yet all of them are restricted to their own regions. Do you want to watch the 2021 Australian Open in your country? Here’s how you can do that. 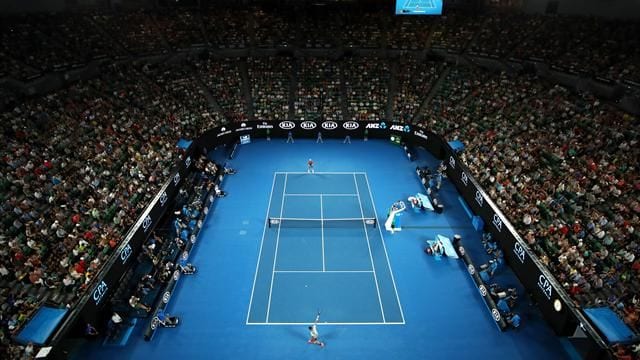 The Australian Open is one of the biggest Grand Slam Tennis tournaments in history. In fact, 813.8 million broadcast hours were viewed around the globe back in 2020. It’s quite obvious why a lot of broadcasters around the world would be interested to secure its broadcasting rights.

Unfortunately, those rights have their pros and cons. While a certain audience enjoys top tennis actions, others in different countries get blocked courtesy of geo-restrictions.

Streaming services use geo-blocking, a mechanism that restricts access to certain content to a specific location. These channels examine your IP once you approach their services to determine your location. If you don’t reside in their territory, you’ll be blocked.

That’s a problem we’ll be fixing later on in this article. As for now, here are the 2021 Australian Open official broadcasters:

It’s simple. If you’re IP is what’s causing this, then a simple IP altercation is needed. You’ll find out how you can do so in the next part.

The 2021 Australian Open Live on a Global Scale

The Australian Open 2021 is an event sports fans must not miss out on. Unfortunately, as we mentioned, the channels listed above are blocked outside their respective countries.

Those who want to watch it from any country will need a VPN to access the service. This particular software allows you to hide your actual location so that you can bypass restrictions on websites, channels, and services from any country worldwide.

Once you connect to a server, the VPN encrypts your data and cloaks your IP address, assigning you a temporary one in the gateway city where the server is based.

If that server is in Australia, for example, an Australian IP address you shall receive. As a result, you’ll be able to access Channel 9 and any restricted online content in the land down under no matter where you physically reside.

We’ve mentioned Channel 9 as an example since the service is free. However, you can do the same with all the channels based on the server you decide to connect to. Here’s what you need to do in order to watch the 2021 Australian Open in your region:

In terms of recommended VPNs, ExpressVPN is the best provider for the job. It can unblock content from all around the world while maintaining user privacy and security.

It has some of the most impressive security features that distinguish it apart from all the other VPNs. You get the likes of military-grade encryption, top-level security protocols, kill switch, split tunneling, and one strict no-log policy.

For more information on other VPN service providers, make sure you check out the table below.

Same results, different method, that’s exactly what a Smart DNS proxy will grant you. You see, DNS codes can be configured manually on your device. Once you do so, only the chunks in your traffic that showcase your location will be rerouted.

No IP change, no extra security or privacy, just restriction circumvention. While security is important, when it comes to streaming, so is speed. With Smart DNS, your speed remains untampered with as no encryption takes place.

On the other hand, your IP remains unchanged, which grants you access to both local channels and restricted ones simultaneously without losing any of them.

Here’s what you need to do:

Unlocator has always had a 7-day free trial. It topped that when it offered VPN as it now has an extra 30-day money-back guarantee. Check it out risk-free.

About the Australian Open 2021

The 2021 Australian Open is a Grand Slam tennis tournament that will take place at Melbourne Park, from February 8th till February 21st, 2021. This will be the 109th edition of the Australian Open, the 53rd in the Open Era, and the first Grand Slam of the year.

The tournament will hold events for professional players in singles, doubles, and mixed doubles. Junior and wheelchair players will compete in singles and doubles tournaments.

Just like last year, the tournament’s main sponsor is Kia. All eyes are on the defending champions Novak Djokovic and Naomi Osaka, as they look to score yet another victory at the prestigious tournament.

The schedule is here. You can check it out on the Australian Open’s official website. As for the players participating in the competition, they’re presented below:

Now that you know you can watch the Australian Open 2021 anywhere in the world. Do you think Rafael Nadal can dethrone Novak? What about Sofia Kenin?

Well, you have the means to stream the tournament live online. This means you’ll find out as soon as the Australian Open hits your February calendar. If you have any questions, please drop them in the comments below. I’ll make sure to help you out as soon as possible.