Blockchain has been on the proverbial digital block for some time now. However, it is only recently that experts have started considering applying the tech to other fields.

The simple fact that blockchain is almost impossible to hack has prompted its proponents to suggest it for cybersecurity. Additionally, it is also designed to work on the mutual agreement and shared openly. This means fraud is highly improbable, if not impossible. 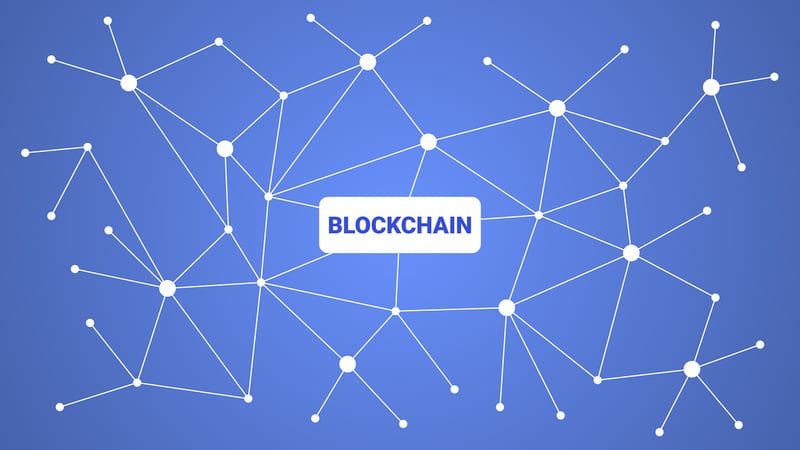 What Gives Blockchain an Edge Over Other Cybersecurity Frameworks?

It is a well-known fact that human error contributes immensely to all cyber attacks. People are either misinformed or simply ignorant of important security measures. This leaves the proverbial door open for any and all attackers smart enough to exploit the weakness.

However, with blockchain, human influence and interference are minimized. Thus, a major chunk of security threats being tolerated thus far can simply be eliminated altogether. This is one of the major reasons why blockchain is seriously being considered for the cybersecurity domain.

Another important factor that prompts serious inquiry into blockchain tech is its flexibility. There are virtually limitless ways in which any blockchain platform can be altered and customized before deployment.

So, companies can not only use it for maintaining airtight security but they can also optimize business processes. Consequently, blockchain can easily replace older technology that does not provide the dynamic functionality it has to offer.

With the entire world going digital, protecting user information is of prime importance to both the government and private organizations. Data thefts can remain undetected for weeks and months. And even if they were detected early, the damage would already be irrevocable. Sensitive info on private individuals like financial data and medical reports in the wrong hands can spell disaster for countless people.

Blockchain has immense applicability in both these domains because it offers complete security to parties at both ends. Financial transactions cannot be intercepted or reversed once they have been made. At the same time, blockchain-based accounts permit no manipulation of stored data. This means cyber attacks on financial houses would simply fail to make an impact.

Similarly, if blockchain is used for protecting private data, then it can offer high security. Even if data would be changed through some high-end, sophisticated cyber attack, the alteration would be immediately visible. Thus, the host would immediately take countermeasures and nullify the effect.

At present, there are a lot of considerations that must be made before any new technology is launched. Control group testing for the security of any new technology is inadequate at best. This is so because it does not account for the variety and sophistication of attacks that could possibly be launched against it.

Currently, the best way is to deploy the technology and then systematically enhance the security as threats emerge. As a result, implementing new technology on a mass scale is time-consuming and expensive. However, blockchain can offer a simple yet effective countermeasure against all possible such attacks in advance.

Since the fundamental framework behind blockchain is already ironclad, using it to support newer technology is a smart move. This can most easily be seen in the case with IoT.

Everyone knows there are gaping holes in the security of all IoT devices. Not only are threats coming from external sources but also from the creators of the devices themselves. Last year saw a slew of cases of unauthorized data gathering by major names in technology. All of this points to the need for a better security framework before IoT-based devices can be reliably used by consumers.

So, if blockchain was deployed as a governing network for any IoT ecosystem, it could provide massive benefits. This method could be used not only to ensure complete security of device users but also to implement massive security updates rapidly. This would serve the trifold benefit of saving the company money, optimizing security update delivery, and maintaining a secure IoT ecosystem.

The Blockchain is Applicable in Several Other Industries

Generally speaking, blockchain remains a cutting-edge cybersecurity measure. However, it can also be used flexibly in multiple domains. Quite recently, Walmart established a blockchain-based system to track and monitor all its raw food supplies.

This massive undertaking has been put in place using IBM’s technology. While still being deployed and tested, the application poses to be a novel way for Walmart to track the freshness of its foods. It could easily be used to monitor food quality from the production location to the marketplace.

In another novel application of blockchain, a company named Umbra Health has implemented its own version of the blockchain. This system provides all medical personnel the access to relevant information. With this technology, they can see only the information that they need to perform their duties. In doing so, it provides massive protection to patient records both internally as well as externally.

Further, the blockchain automatically integrates and consolidates medical data from different medical niches into a single series. Naturally, this means healthcare professionals will be able to access data much more easily. As a result, they will be able to make their decisions quickly and potentially providing lifesaving care more quickly than ever before.

What Is the Future for Blockchain?

The blockchain is a technology that can potentially change the way we see technology forever. While it does have tremendous potential, it would be foolish not to expect certain drawbacks too. It all depends upon the specific value points for which the blockchain framework will be created.

However, such shortfalls could be completely redundant in the face of the benefits offered, depending on market forces and technological advancements. At the very least, until a newer, better technology emerges, blockchain is the best potential framework for businesses worldwide.