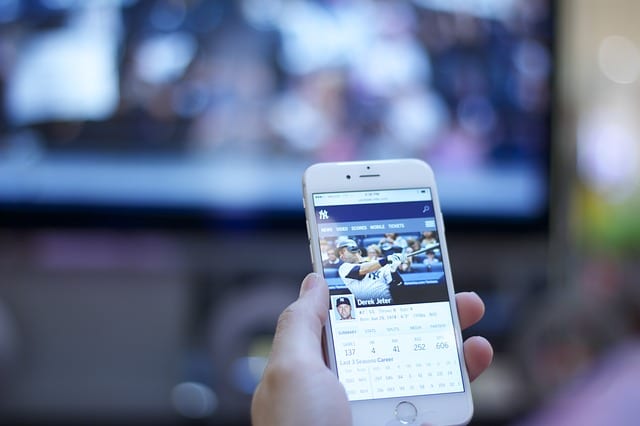 How to Bypass Blackout Restrictions

Due to broadcasting rights, cable providers do not allow streaming channels to show the game you want to watch live online in certain regions. Luckily, there are two workarounds that allow you to bypass blackout restrictions in the USA or Canada. In this tutorial, I will show you how to use VPN or Smart DNS proxies to stream any baseball, football, basketball, or soccer game you want blackout-free online.

Ever since sports streaming channels emerged in the United States, they have been limited by the games they are allowed to broadcast online. You basically subscribe to an online sports channel like MLB.tv or NFL Game Pass but are not allowed to watch the games you want due to the fact they are being shown on cable television as well. This blackout policy mainly aims to protect American cable providers including Comcast, Verizon, AT&T, and Time Warner.

Although there have been several plans to scrap blackout policies throughout the years, none of these plans ever came to fruition. It’s not just Americans though. Many games are not available on Internet television in Canada too because major Canadian broadcast networks have secured the rights to them and prevent Internet television aggregators from distributing them. Cord cutters have been left frustrated, looking for alternative ways to watch their favorite games live online. Eventually, they began using virtual private networks (VPN) and Smart DNS proxies as a means to bypass blackouts imposed on in-market games.

Whenever you go online, your ISP provides you with an IP address which allows you to interact with online websites and services. This IP address allows these sites to vaguely determine where you currently are. Streaming channels such as MLB.tv and NHL.tv can determine your current location by looking at your IP address as well.

As long as the streaming app does not use GPS or other location services, you can manipulate your IP address using a VPN and thus bypass blackout restrictions. Follow these instructions.

To save you time and effort, we’ve tested some of the biggest VPN providers out there. Here’s our list of the best VPN services you can use to bypass MLB, NBA, MLS, NHL, or NFL blackouts in USA and Canada.

While there are hundreds of VPN providers to choose from, you might want to know that some of them are considered to be more efficient than others when it comes to circumventing blackouts. You’ll find free ones that actually work with geo-restrictions. However, some if not all of their servers might not be able to access a streaming channel when a blackout occurs. That’s a good enough reason to invest in a reputable premium VPN. I went ahead and tried out 4 of the top VPNs to help you with getting rid of blackout restrictions. Check them out in a detailed analysis below.

With ExpressVPN, you have more than 1000 servers to choose from in 94 countries, including dozens in the United States. This means that you have several options to cloak your location and access blacked out channels live wherever you are. Moreover, when you connect to any server, you’ll receive a 256-bit AES encryption. Your device will be protected at all times and your identity will be masked. You can surf the internet anonymously without having to worry about your ISP spying on your internet activities. Here’s more:

NordVPN brings you some of the most unique security features and technologies to ensure your privacy. They offer Cybersec, a feature that shields your device from malware, viruses, and any malicious software. In addition, you get to reroute your traffic through two VPN servers at once. Double the servers, double your encryption.

Getting the app is pretty easy. All you have to do is go to their official website and you’ll find a version for all major operating systems. Once you get it, you’ll notice how user-friendly it really is. Just sign in and select a location out of the 52 countries in the list. All done. Check out more about this impressive VPN below:

BulletVPN brings security to a whole new level. It’s quite new to the market, so you won’t find that many servers in its list. However, it’s still one of the fastest VPNs I’ve ever tested. Not only that, but their application is so simple. Don’t let its simplicity fool you. It has everything you need and you can connect easily without having a problem. I’m pretty sure this VPN has a lot more to offer in the upcoming years. Just give us a bit more servers and you’ll be on the top in no time. More about BulletVPN:

SurfShark is one of the new entries in the world of online privacy. However, it has made an impact ever since it launched to the services it offers. With its ultra-fast servers and easy to use apps, this VPN provider is gradually catching up to the veterans.

SurfShark offers more than 800 servers around the world, which means you can tap into hundreds of geo-restricted channels with a push of a button. Moreover, you get unlimited connections under one subscription. In other words, you can share your account with all your friends and family. But wait, there’s more:

You can also use Smart DNS proxy services to avoid getting blacked out. In this case, you do not get a new IP address. Only those URLs which reveal your location to the streaming channel you are watching are re-routed.

As is the case with a VPN, you cannot bypass blackouts if the streaming app uses GPS or location services. For instance, the MLB.tv app on iOS and Android devices is able to detect your location by using GPS. However, you can still bypass MLB blackouts on PC, Mac, PS4, Xbox, Roku, Apple TV, and even Smart TVs using these instructions.

Unlocator is a Smart DNS proxy service that supports avoiding NHL, NFL, UFC, NBA, and MLB blackout restrictions. You can try them out for free by signing up for a 7-day trial. You don’t even need to fill in your credit card info to sign up.

Blackouts might occur while you’re streaming the following channels:

How to Bypass Blackout Restrictions in USA – Final Thoughts

So, if you have been contemplating cutting the cord but are afraid to lose the ability to watch your favorite teams live, services like ExpressVPN or Unlocator will help you out. Although you have to pay for these services in addition to the streaming channel, it’s all still way cheaper than expensive cable packages and their long-term contracts. The best thing about it all is that you are able to cancel these subscriptions during the off-season or at any other time.