How to bypass MLS Live blackouts? The 2021 Major League Soccer season will begin on April 1st, 2021, and end in October 2021. As with every other sport in the USA and Canada, blackout restrictions apply to MLS live streaming online. Luckily for you soccer fans out there, you can avoid these blackouts using a VPN. Learn how to watch all MLS Live 2021 season games on PC, Mac, Android, Apple TV, Roku, Chromecast anywhere in the world. 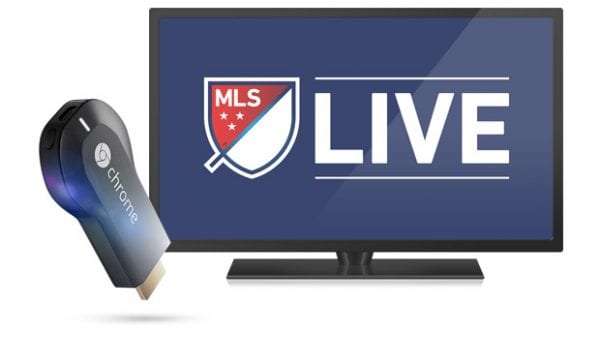 “MLS LIVE is available in the United States and Canada. The service is not available to fans living or traveling outside of the U.S. and Canada. All nationally televised matches are blacked out but are available 48 hours after the match in the archives. Local broadcast blackouts are set by the clubs and their broadcast partners.”

VPN is a different story, this technology takes all your traffic, then encrypts it and sends it to a VPN server and all your traffic appears to be coming from that country. So if you want to use VPN you have to choose a VPN server in a US state where the game you want to watch isn’t blacked out on MLS Live. Another few features of VPN can be seen below :

I personally do use a VPN Provider called ExpressVPN, mainly because they have VPN locations all over the USA. They do have easy to use apps for Android, Mac, IOS, and Windows as well. So all you have to do is signup, download and install the app.

How to use VPN to Bypass MLB Live Blackouts

After you have signed up with any of the VPN services above, use the following instructions to avoid MLS blackouts and watch any soccer team live online.

How to Unblock MLS Live outside USA or Canada with VPN

“You are accessing MLS Live from a restricted territory. MLS Live is not available outside the United States and Canada.” If you have ever tried to watch MLS Live in UK, Australia, France, Mexico, or elsewhere abroad, you probably have seen this error message already.

You can also use these above. steps to unblock MLS Live anywhere outside USA or Canada. In other words, American expats who currently live abroad cannot access MLS Live due to the fact it’s geo-blocked. VPN allows you to access MLS Live overseas as well.

Can I Use VPN to Bypass Other Blackouts As Well?

Yes, absolutely. You can avoid blackout restrictions that apply to MLB.TV, NHL.TV, NFL Game Pass, NBA League Pass and even ESPN3, NBC Sports, and Fox Sports. All you need is a VPN connection.

Can I Use Free VPNs to Avoid Blackout Restrictions?

Well, there are some free VPN services out there, but after having tried them out over the years, I wouldn’t really recommend them to anybody. The reason for this is mainly that free VPN servers are always overloaded. As a result, live streams will buffer to such an extent that your viewing experience will become unbearable. Not to mention the fact most free VPNs are full of malicious malware that your streaming device is surely better off without.

There is no doubt that the popularity of soccer in the USA, as well as Canada, is on the rise. If you want to cut the cord and watch all MLS Live games live online, all you need is VPN and an MLS Live subscription. No more need for a cable subscription.