The internet has become a major global economic force and has fostered a greater integration of diverse ideas and cultures. There are only a few countries that have no internet access. Most countries have internet access, even if it’s limited in some. However, there are some countries that provide far superior net connectivity. This can be due to a number of reasons which we are going to explore here. So, let us start with a brief on the primary causes for slow internet connectivity. 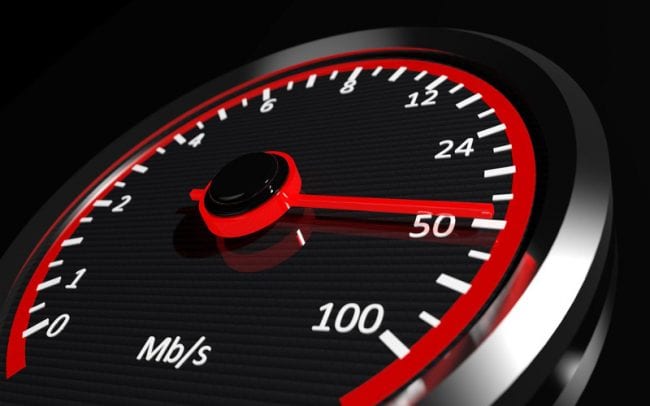 The 7 Countries with the Fastest Internet Speeds

Why Do Some Countries Have Slow Internet Connections?

The fundamental framework that drives internet speeds is the network infrastructure and the quality of equipment used in it. This is also directly related to the degree of control the government of the country wants to impose on its citizens.

Further, the individual’s own internet equipment has a lot to do with the internet speeds they can get. Finally, government control and censorship also play a major role in this area.

In general, the global average internet speed is around 5 MB/s. Anything less than 4 MB/s is considered slow. While there are countries with really slow speeds, we will discuss the countries that offer the best speeds.

Currently, the fastest average internet speeds are in South Korea at 26.7 MB/s. This is primarily due to reasons like advanced infrastructure, vast ISP options and competition and overall liberal laws. By the way, the US ranks at number 14 among the fastest in the world. So, it will not feature here.

What Gives Countries with the Best Internet Connectivity their Blazing Speeds?

If you want a one-line answer, it is that these countries employ fiber optic cables for facilitating internet services. However, it goes beyond that once you get into the technicalities. Let us tell you about each country individually for a better understanding.

South Korea probably has the best internet infrastructure in the world. If you ever happen to visit the country, you will find the internet almost everywhere. This is largely because that national government has wide laws fostering broadband connectivity and related technology. The growth is also promoted by the fact that 95% of the population uses the internet. Also, it is clustered in dense areas and so, providing connectivity is relatively easy.

Sweden merits the 2nd position because it has an average speed of 19.5 MB/s. Despite this, its average peak speeds are nowhere near the top. In fact, they don’t even figure in the top 10. Nevertheless, Sweden has minimal censorship and 94% of its population uses the internet. The only internet laws in Sweden that mandate monitoring are for eliminating things like child pornography. Other than that, the Swedish government is constitutionally barred from interfering with the lives of citizens.

The land of the midnight sun, or Norway, comes in a close third with Sweden. It has average internet speeds around 18.8 MB/s. The high internet speed is fostered by a prominent IT sector heavily involved in developing fiber optics and 4G infrastructure. Further, Norway is a country with a very liberal constitution. It gives many forms of legal protection to citizens including free speech and freedom of the press. All this contributes to its high-speed connectivity.

Well, of course, Japan was going to be here. The Land of the Rising Sun is one of the most technologically-advanced in the world. Its internet infrastructure has long been among the best in the world. The country uses nearly 100% of its internet capabilities which are considerably advanced because of complete fiber optic connectivity. Another reason for high speeds is the regulation factor. Japan has very little government regulation of the internet and this adds to its high-speeds.

At average speeds of 17 MB/s, Netherlands clocks in at the fifth spot. On average, the Netherlands has the highest broadband subscription level per 100 users. It also has a very sophisticated internet infrastructure complete with fiber optics and local loop bundling. At the same time, it also has very democratic and open laws which only counter criminal activities like violation of copyrights, child pornography etc.

As an Asiatic commercial hub, Hong Kong offers some of the best internet speeds. It has average net speeds of 16.8 MB/s. This is due to the fact that fiber optic-based connectivity is available all over the state. Further, Hong Kong has a very dense population. This makes achieving connectivity rather easy. There might be problems with so many users accessing the net through the same routers. But this problem is addressed by an abundance of ISPs.

You might be surprised to find Latvia making an appearance here. After all, we never hear of it anywhere else. Nevertheless, Latvia boasts of high internet connectivity with average speeds of 16.7 MB/s. As with all other high-speed internet countries, it uses fiber optics in the best way. It also offers at least 3G connections in many public places and across transit infrastructures. Finally, Latvia also has very little online regulation and laws. This reserves it a spot on this list.

How Can VPNs Help You Get Faster Connection Speeds?

Contrary to the popular belief, VPN use does not reduce internet speeds. In fact, it can help you get better connectivity by letting you access more servers. It takes care of multiple factors hampering your internet speed like censorship and throttling. Thus, you can use a VPN to derive the maximum benefit from your online connectivity. Choose a reputed VPN provider with multiple servers worldwide for the best internet experience ever.