Have you ever had a Husk right where you want him, but suddenly, it’s you who dies thanks to a sudden game lag? I know, I’ve been there. I even quit playing Battle Royale because of this problem. These particular pauses have had thousands of Fortnite players pulling their hair out in frustration wondering what could be causing this latency, and most importantly how can they fix it. Don’t worry, what you seek is what I have. Read on to learn how you can reduce lags in Fortnite. 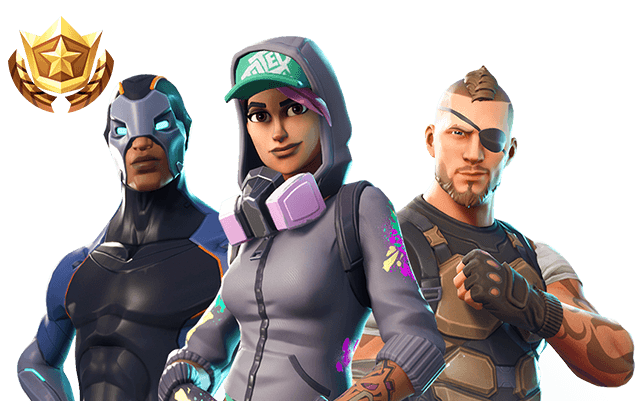 How to reduce lags in Fortnite

Sometimes your Internet is working perfectly fine, and you’re one bullet away from killing all the monsters when out of nowhere the game you’re playing lags. You lose your rank due to a slow computer response.

In conversational terms, a game lag is where the game pauses or glitches all of a sudden mid-action. You might be pressing whatever buttons or giving action orders, but nothing is happening. Your character just stands still.

You have two reasons for that. It’s most likely that you have a very slow device or simply (Most of the time), it’s your connection. Game lags are correlated to the overload of a certain server by millions of players.

Guys, I don’t want to ruin your experience, but a world where online gamers have fast computers and faster Internet connection speeds doesn’t exist. No player is like the other as each has a different computer system and obviously a different Internet connection speed. However, there are ways to solve this latency problem and I’m about to shed some light on the matter.

Why The Need for VPN in Fortnite

In a multiplayer game like Fortnite, if a player’s system is not responding, a message will appear on his/her screen that says, “Waiting for Server.” While other players in the game will see “Waiting for player: [player name].”

That lag will eventually cause an unwanted abandon. You see, most of the online games nowadays penalize abandons. It doesn’t matter if it’s intentional or not, you’ll be punished.

Lags are more likely to occur if the players you’re up against are in a different country. However, if a lag occurs in your region, that doesn’t mean it is in theirs. Luckily, that’s where a VPN comes in.

When you use a VPN, you get to alter your location by connecting to a server where the players are located. That way, you’ll get better speeds and a lot of other cool benefits:

How to Fix Lag in Fortnite with a VPN?

Reducing these frustrating lags you suffer from mid-game is an easy task to do. You just need to know your way around it. However, there are some steps you need to take before being able to live the top gaming experience. Let’s check them out.

To start the process, you’re going to have to check your current ping when it comes to the Fortnite servers:

Ping times, check. What’s left is to connect to a VPN server in order to get rid of these annoying Fortnite lags, let’s go:

If you didn’t like the speeds, you can do the same thing with a different server. One more thing, if you happen to be playing the game on your Xbox or PlayStation, you should know that a VPN is not natively compatible with these platforms. In that case, you should install the VPN straight on your router and connect your device to it.

In case your wondering, I was able to maintain blazing fast speeds with Fortnite by using ExpressVPN. This robust provider has dedicated servers just for gaming and others for streaming.

If you have more than one member playing the game, you can share ExpressVPN’s account on 5 simultaneous devices. However, if you’re unsure about it, you can ask for a refund courtesy of their 30-day cash back guarantee and check other top VPNs for Fortnite in the list below.

There are other ways to ensure smooth gameplay while playing Fortnite. Along with a VPN, you can get much faster speeds with ease. Let’s take a look at other tips you should consider:

How to Reduce Fortnite Lag – Conclusion

Fortnite’s player base has been rising incredibly fast in the past few years, and we’re pretty sure developers won’t appreciate losing any gamers due to a decline in the game’s performance. I’ve done my part and gave you all you need to improve your Fortnite experience. Let me know in the comment section below if these tips gave you what you needed.