Is it possible to get around geolocation blocks? Geo restrictions and Location errors are pretty common these days. You are trying to purchase an item or service online. Or you are trying to stream your favorite movie. Then you get an error stating that your geographic location does not allow you to either access the site at hand or watch your favorite show. I had the same problem, so I looked at alternatives to spoof my location or change my IP address in order to unblock geo-restricted content.  So I created the simple guide below with tricks and hacks to avoid geographic restrictions. This works in the UK, USA, Australia, Canada and anywhere else on the globe 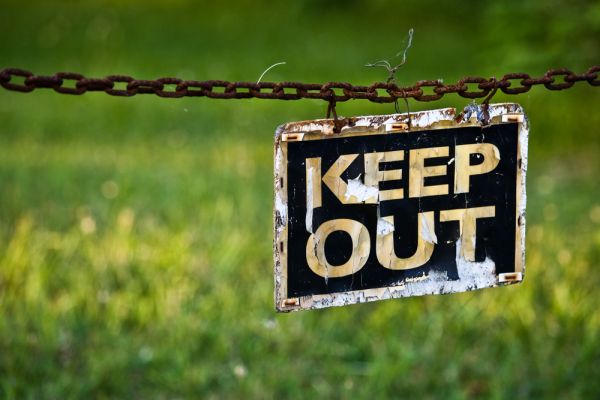 Bypass geo restrictions and location errors in a few minutes

Geo-blocking is a way for content providers to restrict access to their services on a geographical basis. This is mainly because of licensing regulations. Every channel or provider pay a huge amount of money to secure the rights of certain content in the country. Therefore, the enforce such restrictions to secure their content from being viewed abroad.

When you subscribe for internet service, your ISP provides you with an IP address. Every device connected to the internet holds a specific IP that helps determine the device’s location. Once you access a website, it’s able to determine your current whereabouts by examining your IP address first. If you hold one that’s not valid to the webpage you’re visiting, you’ll receive a message stating that this content is not available in your region.

A perfect example of regional restrictions comes with US Netflix. Wherever you may be outside the US, you’ll be redirected to the content library assigned in your region rather than the American one, again, based on your IP address.

Here are some common geo-errors you might come across when trying to watch a channel that is not available in your region.

Based on my research, you have two reliable choices, either VPN or SmartDNS, to avoid geolocation errors. Each solution has its advantages and disadvantages. I will sum it up for you below.

VPN Solutions to Get Around Geo Location Errors

Unlike Smart DNS, all your Internet traffic is redirected through a secure remote server when you are using a VPN. This allows you to completely hide your IP address and appear to be browsing the web while located in a different region of your choice. Your Internet speed can get negatively affected if you are using cheap, unreliable VPN services.

Bypass Regional Restrictions with a VPN

To workaround geo-fencing, simple steps should be taken. Here’s what you need to do:

In addition to bypassing regional restrictions, you can protect your devices with ExpressVPN. It offers military-grade security protocols for subscribers. If you want to know more, below is a list of VPN providers, tested and assessed based on speed, reliability and support quality.

You may find a lot of VPN providers while searching for a credible one to use. However, you shouldn’t trust all that you come across along the way. People usually are tempted by free stuff. Well, in the VPN industry, that’s exactly what you need to avoid. First, their servers are poorly invested in and they’re very slow. Second, these free services have a habit of selling your data to sister companies in exchange for revenue. In other words, free VPNs are a big “No”. I’ve tested out some of the top VPNs everybody’s talking about on the internet. Here’s what I think about the best VPNs to work around geo-restrictions.

Let me start with the VPN I personally use, ExpressVPN. This VPN has so many servers around the world, which means that accessing blocked content is quite simple. It also employs perfectly secure protocols such as OpenVPN with TCP and UDP, SSTP, L2TP/IPsec, and PPTP.

Moreover, ExpressVPN adopts the zero-log policy. So, wherever you are, even in highly censored countries, whatever you do on the internet is not being recorded for further use. Bypassing geo-restrictions is a simple task for such a VPN as it allows you to change your location using VPN and Smart DNS. I don’t think you’ll be missing any of your shows any time soon. Here’s more in this ExpressVPN review.

NordVPN is another very reliable service that you can turn to if you’re sick of being blocked all the time. Not only does it offer 5000+ servers in 62 countries, but it also excels when it comes to security features. You can use their double VPN service for an extra layer of protection above the basic encryption your get. You’ll be rerouting your internet traffic through two servers instead of one, which means you’ll be doubling your level of protection.

For more security, NordVPN provides you with a technology called CyberSec. This one will guard your device against viruses, malware, and malicious software that might target you.

Subscribers will be able to have up to 6 simultaneous connections per account and can use its Smart DNS service – Smart Play. Their application is pretty easy to use. You don’t have to be tech-savvy to navigate at all. If you want to know more, take a look at our NordVPN Review.

Now we have the Estonia-based VPN, BulletVPN. The first thing to cross your mind when you’re looking to bypass geo-restrictions is how many servers a VPN offers. Well, BulletVPN has a decent server network in over 30 countries. Remember, this one is new, it will expand its reach as time goes by.

This VPN offers top-notch security protocols for subscribers. You get to choose from PPTP, L2TP, OpenVPN, IKEv1, and IKEv2 protocols. It also has its own Smart DNS service if you wish to stream at full speed. Check out more in this BulletVPN review.

Surfshark has been dominating the VPN charts ever since it saw the light. It’s still new to the industry, but I guarantee that in the upcoming years, it’ll be a formidable rival to the giants.

It has user-friendly apps for almost all major operating systems in the world. Grants you access to 800+ servers in over 50 countries. Not only that, but you’ll also have unlimited simultaneous connections under one subscription. None of the top VPNs on our list offers anything like that. Find out more about this VPN in our SurfShark review.

Smart DNS proxies only partially redirect your Internet traffic. In simple terms, only the URLs which reveal your location to the streaming service you wish to unblock are affected. The rest of your Internet connection remains untouched. This approach has both its benefits and disadvantages. For one, you only get to unblock the channels the Smart DNS proxy service you are using supports. On the other hand, you will not notice a change in your Internet speed. Here’s a list of Smart DNS pros and cons.

I personally have tested and I am still using Unlocator. They sport great speeds, 220 channels and growing, a Netflix region changer and a free 7-day trial. I also did do a performance review on Unlocator, that shows they have the fastest servers in the business.

It is up to you to choose which solution you think is more appropriate. Either VPN or Smart DNS Proxies will help you overcome geo restrictions and protect your privacy. If you want a fast and easy solution to stream your favorite movies on Netflix, Amazon Instant Video, BBC Iplayer, and Hulu use Smart DNS. If you want to be fully protected from intruders and do not care about a small speed hit and the limit of supported devices use VPN to bypass geo-restrictions and protect your traffic at the same time.