Wait, so Bitcoin isn’t really anonymous? A lot of people have the misinformed notion that Bitcoin and a majority of other cryptocurrencies are anonymous. But that is simply not true. If you go to Bitcoin.org, it clearly says that it is not anonymous. 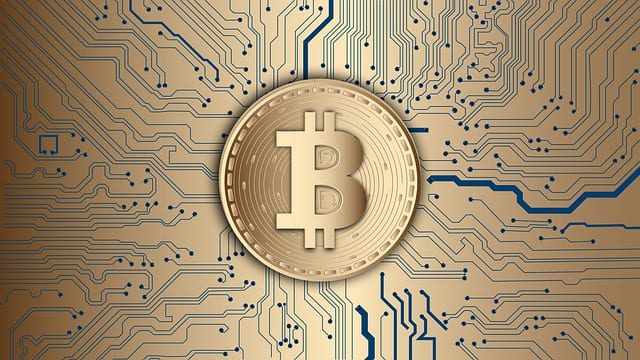 Yes, Bitcoin Is Not Completely Anonymous

It takes a decent amount of effort to ensure privacy protection of Bitcoin users. Every transaction made with Bitcoin is stored publicly and can be accessed by anyone. This includes knowing the balance of each account address. But there is no way of knowing the identity of a person holding the account address unless via a transaction or open declaration.

To ensure maximum privacy, it is advised that one Bitcoin address should be used no more than once. It is up to the user to remain vigilant and privacy-conscious in all their dealings with Bitcoin.

We can see why a lot of people think Bitcoin is anonymous. While it is advertised as an “anonymous digital currency” and notorious for Silk Road drug trades, it is not completely anonymous. To understand why it is necessary to look at the actual transaction process.

When a Bitcoin transaction is made, it requires a Bitcoin address and a one-time-use-only token with a randomized sequence of digits and alphabets.

So you can send Bitcoin to an address much in the way you would send an email to a particular digital address.

Moreover, since Bitcoin is decentralized and involves transactions without intermediaries, all transactions are publicly recorded on the online ledger called the Blockchain.

All Digital Things Have a Trail

In truth, Bitcoin is pseudonymous, but not anonymous. Just like writers publishing under pen names or pseudonyms, pseudonym addresses perform the same function. In case the actual identity of any writer is connected with their pen name, people would know who that person is.

Likewise, every transaction using Bitcoin is perpetually stored on the Blockchain even though they are made using pseudonymous addresses. So if any address you used to make transactions is linked back to you, everyone will get to know you. Moreover, they will know all the transactions you have ever made.

Cryptocurrencies are digital tokens of value that naturally have a digital trail. While it is possible to stay hidden by using Bitcoin addresses, you do reveal your address every time you make a transaction. Even if you use unique addresses every time, they could still be used to trace who you are.

As all transactions between pseudonymous addresses are available publicly, tracing Bitcoins is not very difficult. This is one of the biggest reasons behind Ross Ulbricht’s arrest. He was convicted of using the pseudonym ‘Dread Pirate Roberts’ for running Silk Road. At his arrest at a San Francisco public library in 2013, Ulbricht’s laptop contained all the answers.

Using Bitcoin addresses on this laptop and comparing them with Silk Road Bitcoin addresses, FBI agents identified Ulbricht’s wallet. The agents even said that since the records were publicly available, the job became even easier. The main idea was to check if they had used a legit bank for the transactions.

Your Identity Can Be Linked by Stores

You can use a number of methods to enhance your anonymity when using cryptocurrencies. Some of these include using multi-input transactions, having multiple wallets, using mixing services for trading out Bitcoins, and the use of web-hosted ‘eWallets’ for masking real owners.

But these efforts cannot stop store owners you are transacting with from finding your true identity linked with your Bitcoin address. Moreover, payment processors used by retailers can also do the same.

So if you are using Bitcoins to pay an online retailer using a customer identification number, you are at risk. This is because you are permitting them to connect your identity to your Blockchain username.

As almost all cryptocurrencies require transaction parties to show who they are, true anonymity is not possible.

Hungry.dk is an example of this. They offer take-out delivery services online and can be paid in Bitcoins for it. But they would also need an actual delivery address to deliver the food. So, your privacy is still at risk here.

Cryptocurrency Traffic is NOT Encrypted

According to the Bitcoin protocol, transactions require posting on Bitcoin’s nodes without any encryption. Likewise, two communicating nodes also do not use encryption. Currencies like Zcash, Monero, Dash, and others do not have encrypted node traffic as yet. Network monitoring entities like ISPs can use this to find out transaction and block origins. This will directly lead from the Bitcoin address to the user’s IP address and thus reveal their true identity.

How to Make Bitcoin Transactions Anonymous?

VPNs or Virtual Private Networks can be used for protecting privacy during transactions. Here are their main features.

So yes, Bitcoin should always be used with a VPN. Take a look at our top VPN for Bitcoin review to get a better understanding of which VPNs are best to use when dealing with cryptocurrencies.

Logless VPNs do not store your activities on servers. They encrypt your online traffic and route them through a number of servers selected by you before delivery to endpoint destinations.

Also, make sure you use a shared IP address that is much more difficult to track than a dedicated IP. Keep in mind that if a VPN company stores your usage logs, it wouldn’t mind sharing those logs with the government. However, you do need to trust the VPN provider to not keep any logs. If you think a VPN provider is shady, it’s best to choose another.

The Tor browser can be used to connect to the Bitcoin network. Tor’s community of volunteers is committed to anonymity and tracking-free use of the internet.

Nodes used by Tor encrypt and route online traffic through random device nodes on their dedicated network before delivery. It is very hard to definitively point out the IP addresses used in any transaction. However, KYC-activated sites like CoinBase, CoinSecure etc. make Tor less useful.