Mobile gaming is becoming more popular than ever, with top games creating their own lite version to suite both Android and iOS operating systems. Now, at 250 million players, Fortnite has exceeded everyone’s expectations, especially when it launched its mobile versions. However, what we didn’t expect is the removal of the app as part of developer Epic Games’ big legal and regulatory showdown with tech giants such as Android. This devastated millions of players around the world as the game suddenly disappeared from their Google Play Store. But what if we tell you that there’s a way to get it back? In fact, we created this guide to show you exactly how to do so. So, without further ado, here’s how you can sideload Fortnite on your Android device. 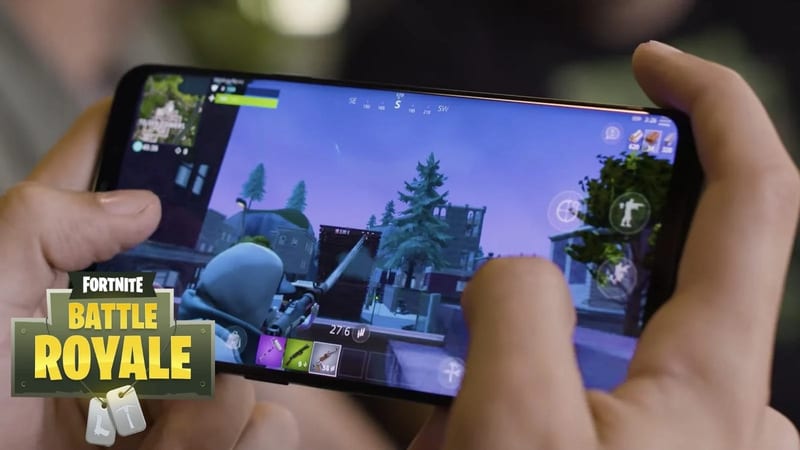 Everything Was Normal, What Happened?

Back in 2019, Epic Games CEO Tim Sweeny stated that Fortnite has harnessed over 250 million players worldwide. This is a noticeable increase from November 2018’s 200 million users, marking a 25% addition in the popularity department.

Fortnite is a free-to-play game on any console. However, thanks to in-app purchases, “Epic Games” made unfathomable fortunes, reaching 3 billion dollars back in 2018.

As the game’s popularity increased, Epic Games launched the Android version in October 2018. But before that, the release circumvented Google Play Store and was available (Invite Only) in August 2018.

Despite that, Fortnite was downloaded 15-million times, with 23 million players within 21 days of its release in mid-August. Mainly through Epic Games’ official APKs. This is a huge increase in such a short period of time.

However, it wasn’t just the increase in downloads that occurred within a short period of time. The app also got removed all of a sudden, leaving millions without one of the best games in recent years.

Apparently, Epic enabled a feature in its app, which was not reviewed or approved by Google. This violated the Google Play Store guidelines regarding in-app payments.

There are policies that need to be followed when a company has an app on Play Store as it applies to every single developer who sells digital goods or services within the store. Let’s dig deeper into the matter before we proceed.

So the question is: Why did Google remove Fortnite from its Play Store? What violation could have been in place for Google to take such drastic measures?

Let’s talk numbers. The fact is: Google takes around 30% revenue cut from any purchase on its platform, whether it’s the app itself or in-app purchases.

Apparently, that did not work well with Epic Games as it tried to circumvent that costly revenue split. Oh, and it succeeded. Such a move increases Epic’s income by 10% and technically, gives none to Google. How did it do that? The company introduced its own direct, in-app payment system for Fortnite across all platforms.

It goes by the name “Fortnite Mega Drop,” which is a system that grants permanent discounts up to 20% on the Fortnite’s currency. While other consoles have nothing to worry about, when it comes to mobiles, things can get a little more controversial.

Fortnite started providing an option to bypass paying through Google Play and instead, use its own payment method, which is definitely not ok with Google. This takes away its 30% cut it gets out of the equation.

“The open Android ecosystem lets developers distribute apps through multiple app stores. For game developers who choose to use the Play Store, we have consistent policies that are fair to developers and keep the store safe for users.

While Fortnite remains available on Android, we can no longer make it available on Play because it violates our policies. However, we welcome the opportunity to continue our discussions with Epic and bring Fortnite back to Google Play.”

Well, it definitely didn’t end here as Fortnite was not going to stand still, watching Google remove its application from the Play Store without taking a last stand.

Epic Games filed a lawsuit against both Apple and Google, practically for the same reason. The company mentions in the lawsuit that the policy does nothing but harm app developers and consumers as it inserts Google as a mandatory middleman in every in-app transaction.

This might decrease the company’s sales since, as mentioned above, Fortnite has to charge an unnecessarily steep 30% on each transaction.

Epic’s lawsuit also claims that Google’s policy puts Android device makers and app developers in an unfair advantage when it comes to the competition in the industry.

Forget the Ban! Fortnite on Android in Minutes

As mentioned, Fortnite on mobile devices has become very popular throughout the years. Now, those who use iOS devices aren’t as fortunate as Android ones as Apple only allows them to download apps from the official App Store.

Android, on the other hand, is more flexible when it comes to downloading content. It allows its users to get the desired app through multiple methods, including sideloading it or installing it through APK files.

So, before we head over to show you how to install Fortnite on your Android, let’s mention the devices that can withstand the app in the first place. In other words, here are the Android devices you can download and play Fortnite on (other than Samsung of course):

Did you check the list? Is your device listed among the devices above? Then you’re good to go and you can check the steps below in order to learn how to sideload Fortnite on the device you’re operating.

You have to know that there are two ways to get the Fortnite app on your Android device. Don’t fret, both are very easy – you don’t have to be tech-savvy to get this done.

Both methods require you to visit the Fortnite website, but the download source is different. First, we’ll teach you how to get the file in the form of an APK, which is just a few clicks away. Here’s what you need to do:

Please note that when we were creating this guide, additional files had to be downloaded. So, make sure you’re using Wi-Fi when you launch the game as the downloaded files are very large – approximately 8 GB in size.

The second method doesn’t require any outside sources or APK files. Instead, users can download the Epic Games app straight from their Galaxy Store (If they’re using Samsung of course.

For those who are operating a Samsung phone, we should shed some light on the difference between the two Stores available for getting apps. Google Play Store addresses those who use Android-powered devices, regardless of the brand.

On the other hand, the Galaxy Store is dedicated to Samsung Galaxy smartphones and tablets, which makes things even easier for some of you. If you’re using a Samsung Phone, here’s what you need to do:

The installation process could not be any easier. Anyone with an Android phone can get the job done with just a couple of clicks here and there. It won’t take more than a couple of minutes, minus the hours you have to wait for an 8 GB update.

APKs Can Be Dangerous – Protect Your Device

Downloading an APK file can be beneficial and convenient, but it doesn’t come without a price, at least in some cases. Such files can be created by hackers and cybercriminals in hopes of getting access to a target’s device.

Once the app is installed, the might install any kind of malware and even ransomware. The best way to avoid this is to download either an Antivirus software or a Virtual Private Network.

An Antivirus can fend off all kinds of malware that might target your device. However, a VPN can encrypt the data itself, making it completely unreadable by any outside entity.

Also, a VPN can enhance your gaming experience if your ISP decides to throttle your connection all of a sudden. The online tool hides your IP address, which avoids such practices and grants you a totally smooth, lag-free Fortnite Battle Royale.

Remember, not any VPNs can get the job done. We’ve already reviewed some of the best VPNs for Fortnite. Make sure to check them out before you start shooting people.

In the world of Android, there’s technically no application that cannot be retrieved. It doesn’t matter if Google bans it from its Play Store, if you have an internet browser, a third-party application, anything can be downloaded.

That’s the good thing about having an Android device, you’re not limited to what the store has to offer. Fortnite is indeed banned and cannot be found on Google Play Store, but that doesn’t stop us from getting it using an alternative source.

In this guide, you have everything you need to get back into the Battle Royale action. Now, which method did you choose? How’s your gaming experience now? Let us know everything in the comment section below.