How to install and setup VPN on iOS devices such as iPad or iPhone? Thanks to the built-in security measures that Apple have always included in their devices, most of their iPads and iPhones come set with L2TP/IPSec and Cisco IPSec protocols already integrated. They also allow you to connect to OpenVPN networks or third-party VPN connections. The only thing that Apple users had a problem with before iOS 8 was introduced was the fact that iPhones automatically disconnected from VPNs when they went into sleep mode. This issue, however, got resolved since the release of their iOS 8 software version. On iOS 8 and later, it has gotten increasingly easier to establish a VPN connection to your iPhone, and there’s even more than one to install VPN on iPhone or iPad. In this guide, we’re going to be looking at a couple of those methods, with our first one being using a VPN app. 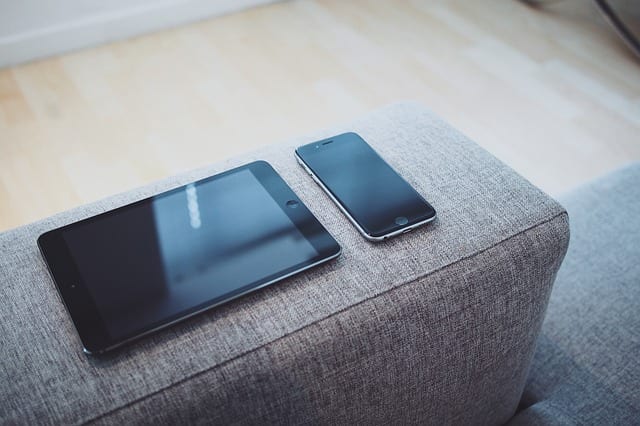 How to Install VPN on iPhone or iPad

Install VPN on iPhone or iPad using a VPN App

Anybody looking to enhance their security online has the luxury of choosing from a wide array of providers. The best VPN providers for iOS devices in the market each have strong points that make them appeal to users in a unique way, and this helps to make sure that any kind of client is able to have his or her specific security needs well catered for. Follow these steps to install VPN on your iPhone or iPad the easy way:

Best VPN to Install on iOS

ExpressVPN, for example, has been known to have one of the simplest user interfaces in the market, thereby making it easier for first time VPN users to navigate through their app. Their customer care service is also top-notch, as there’s always support available in case you run into issues beyond your capabilities. Their strong network of over 1500 servers based in more than 145 countries is sure to provide a stable connection for all who sign up. Prospective users have the option to try out ExpressVPN’s 30-day money back guarantee that’ll allow them to sample their service before deciding on whether or not to subscribe.

NordVPN is also another good choice, especially because of their affordability and capacity to support up to 5 simultaneous devices. Their service comes built in with an Internet kill switch, and they also offer double VPN to further enhance their user’s security. The service also has a strict zero logging policy where none of its user browsing histories is stored. The fact that the company is headquartered in Panama means the service is out of reach of any data retention jurisdiction.

Another provider we’d suggest looking into is IPVanish. As a provider that offers support for protocols such as OpenVPN, IPSec, IKEv2, L2TP and even PPTP, users are free to choose whichever protocol to connect through. The service offers more than 25,000 IPs, with each server being able to support more than 10 IPs. Their AES-256 encrypted VPN service ensures that all of your personal information stays hidden from any potential hackers and spammers, while also providing anonymity and the ability to unblock geo-restrictive sites.

Connecting to an OpenVPN VPN

OpenVPN support hasn’t been added on to iOS as of yet, but not to worry. There are tons of third-party apps in the App Store that are able to facilitate the connection between your iPhone or iPad and OpenVPN. OpenVPN even have an official OpenVPN Connect app that you can use to connect to their VPN.

Once you have your account set up, the next step is to configure the VPN server that you’re going to be connecting to. You can opt to do this manually, where you’d connect your iPad or iPhone to a computer, launch iTunes and select the connected device. You should be able to copy the .ovpn file and other related certificate and key files to the OpenVPN app, and this should make it easier for your VPN connection to take place.

It’d be good to note that the OpenVPN connect app and similar apps aren’t “just an app” you use since they provide a VPN connection at the system level to allow for all the apps on your device to get to the Internet.

Assuming you’d prefer to use protocols other than OpenVPN, or that your VPN of choice doesn’t offer an iOS app, you’re still able to set up a VPN by making a few changes in iOS’ settings. To do this, follow these steps:

If your setup procedure happens to require certificate files to establish a connection to the VPN, you’ll have to import them before you even begin the whole process. If you get the certificate via email, all you have to do is import them. Both iPhones and iPads can work with certificates in the PKCS#1 (.cer, .crt, .der) or PKCS#12 (.p12, .pfx) formats.

Connecting & Disconnecting From Your VPN

Having set up your VPN, you can also open the Settings window to move the VPN slider to connect and disconnect from VPN. If you so happen to have set up multiple VPNs on your iPad or iPhone, then it’s way easier to switch back and forth between them by navigating through Settings, then General, then VPN on the very same screen where you had added those VPNs.

Conclusion – How to Install VPN on iPhone or iPad

As you have seen, there are a number of reliable ways that you can use to connect to a VPN from your iPhone, and most of them take less than 5 minutes to get done. There’s, therefore, no reason to leave yourself vulnerable to cybercriminals planning on stealing your data or gaining access to your online accounts. Get a VPN, & stay protected.