The New York Times conducted an investigation on apps that track your location. In the investigation, the followed the data these apps collect to see where it ends up and how it’s used. The results they found was frightening, to say the least. Read on to find out what exactly is happening to your data and what you can do to stop the location tracking apps. 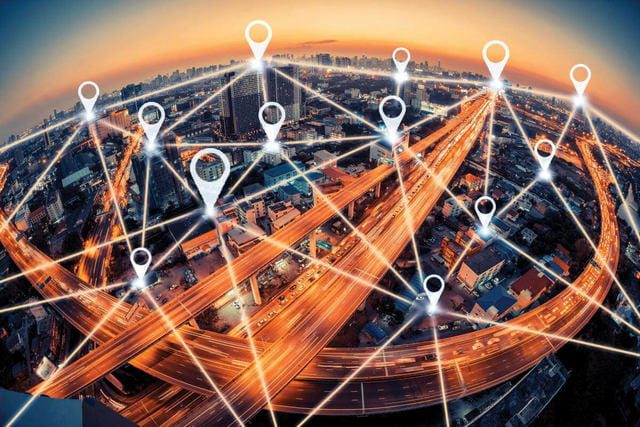 Location Tracking Apps Are Selling Your Data to the Highest Bidder

According to the New York Times, “at least” 75 different companies receive “anonymous” and exact location data from apps that require location services. After an extensive investigation, the Times found that these apps sell scarily accurate information. The details sometimes include over 14,000 updated locations per day for an individual user. In other words, these apps seem to be mapping your exact daily routine.

To show exactly how dangerous this kind of tracking can be, the Times offered up several examples of tracked data. In fact, they even managed to use that data to identify and locate specific users: An upstate New York middle school math teacher named Lisa Magrin.

“An app on the device gathered [Lisa Magrin’s] location information, which was then sold without her knowledge. It recorded her whereabouts as often as every two seconds, according to a database of more than a million phone in the New York Area.”

While the database didn’t allocate identifying information to the location data, the Times was able to identify Ms. Magrin based purely on her logged location patterns.

The investigation found that location tracking apps sell your data to companies that “sell, use, or analyze the data to cater to advertisers, retail outlets and even hedge funds seeking insights into consumer behavior.”

This becomes even more infuriating once you realize how much money is in data sales. The market currently reaches an estimate of $21 billion. It has gotten so profitable that companies like IBM, Foursquare, and even Goldman Sachs have joined in on the ‘fun’.

How Business Excuse This Behavior

Ever since location tracking was first exposed as being anti-privacy, Businesses have used many excuses to feign plausible deniability.

To them, it’s enough that the data they purchase isn’t tied to a person’s name or phone number. However, the raw data they receive isn’t as anonymous as it could be. The pattern of the data can easily be used to identify specific individuals. Anything from where the user spends their nights to where they go during working hours can be used to pinpoint who the users are.

Some location tracking apps go so far as to say that users are aware of this kind of tracking. However, that’s not entirely true. Many apps bury the details of what they do with your data in the deepest parts of their ToS. They do mention some uses for data collection in their permissions requests. Despite that, these permissions aren’t nearly as descriptive as they can be.

According to Dem. Senator Ron Wyden,

“Location information can reveal some of the most intimate details of a person’s life – whether you’ve visited a psychiatrist, whether you went to an A.A. meeting, who you might date. It’s not right to have consumers kept in the dark about how their data is sold and shared and then leave them unable to do anything about it.”

The Senator has proposed bills that aim to regulate and limit data collection and sale, especially since it’s highly unregulated in the US.

How to Keep Your Data Safe

I personally have an issue with being tracked 24/7, and I do what I can to stop it. In order to stop location tracking apps from abusing your data, you should:

Not every VPN is born equal, and some can even do more damage to your privacy. That’s why it’s important to do your research and select the VPN that will give you the best service. Our VPN experts suggest using ExpressVPN as your go-to VPN provider. It offers an impeccable service, keeps zero logs, and has a 30-day money-back guarantee. You can use this guarantee to test out the service for a whole month before you commit.

In case you don’t think ExpressVPN is best for you, feel free to use any of these top-tier providers instead:

Hopefully, lawmakers around the world will finally listen to consumers and regulate data retention soon. Till then, though, it may be up to us to make sure that we’re not allowing location tracking apps too much wiggle-room. Make sure to check the ToS of an app before you give it permission to track your location. Personally, I do a quick search on the words “data” and “location” to see exactly what the app wants to do. After that, it depends on your personal preference. Remember though, highly specific data cannot truly be anonymous, even if your name and number aren’t attached to it.