Yet again, a security researcher found adware infested apps on Google Play Store. Earlier this month, we found out that half a million Android users were affected by malware from downloaded apps, and now we have a few more to add. Lukas Stefanko, a security researcher at ESET, found 9 new Android apps riddled with adware. So far, over 8 million people are affected. Read on for the full story. 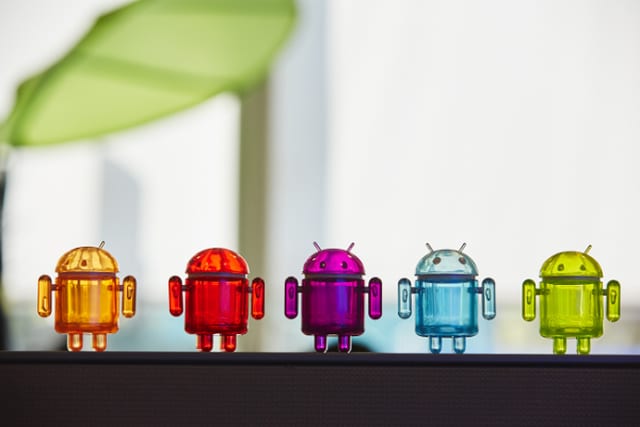 Security researcher, Lukas Stefanko, found 9 new adware infested apps on the Google Play Store this week. Alarmingly, these apps have been downloaded by around 8 million users around the world. One of the apps, in particular, called “Remote Control for TV and Home Electronics” boasts a shocking 5 million installations alone.

Unwanted code is hidden in "not working" apps that once launched, hide itself from user's view and display ads.
All these apps are fake without any promised functionality. pic.twitter.com/Lc0N2BuUWv

This is not the first time researchers found malware infested apps on Google Play Store this year. At the start of 2019, we found out that there were about 85 malware infested apps on the Store. Those apps affected 9 million users in total. The difference in the ration of apps to affected users is mostly because, this time around, the apps were not games. They were instead all remote control apps for Smart appliances. Same as before, though, the apps were made by the same developer, Tools4TV, and are now removed from the Play Store.

Here are the names of the adware infested apps Stefanko found:

How to Protect Your Phone From Adware Infested Apps

It’s a lot easier to secure your phone and prevent adware than to figure out you have malware and then remove it. That’s why it’s really important that you stay on top of your phone’s security. This goes doubly true for Android users. Unlike iPhones, they aren’t developed and manufactured by the same company. This leads to a lot of vulnerabilities since there’s no uniformity with Android devices. Here are a few tips you should follow to keep your phone, both Android and iOS, malware free:

1. Do Not Install An App You Do Not Need

Plain and simple, there is no need to fill your phone with dangerous apps. Try to make it a habit to only download apps you absolutely need and trust. If you must download a lot of apps, at least make sure that you only use apps from trusted companies/brands. Also, never download an app before going through its reviews. A lot of people will be vocal if there’s a problem with the app.

The next thing you need to start doing it investing in some good anti-malware software. Yes, I know that we’re all used to using free software online, but those are very dangerous. It is time for all of us to start using a credible paid-for service.

3. Update Your Phone On Time

Same as with the anti-malware, your phone also needs to be updated on time. Usually, bug hunters and security researches try to find vulnerabilities in a iOS after it’s launched. This is to ensure that the latest updates are as secure as possible. Once a vulnerability has been found and reported, Android fixes the problem and rolls out a security update. Now, with iPhones, users are forced to update their phones after a small window period. Android users do not have that privilege, as there isn’t “one” Android phone manufacturer. It’s up to you to keep up with these updates.

Finally, you can use a VPN as yet another added security layer to your phone. In this situation, a VPN will fully complement the other measures you took.

Short for Virtual Private Network, a VPN is a cybersecurity device that encrypts all your data and re-routes all your traffic. When you use the VPN, your traffic is re-routed through a VPN server, tunneling your communications and spoofing your IP.

When it comes to malware, VPNs can protect you from DDoS attacks as well as stop malware from sending data off your device to the attacker’s server. On the plus side, it also gives you the ability to unblock geo-blocked content, which is a pretty sweet addition to a super secure tool.

I personally suggest you use a strong a credible VPN, like ExpressVPN. You can read all about ExpressVPN in our in-depth review, or check out our other top choices below:

I really hope I’ve managed to convince you to pay more attention to what you install on your phone. User data is a coveted thing, and everyone from governments, advertisers, and hackers want to get their hands on it. There is no need for you to make it easier on them, am I right? These steps don’t actually take a lot of time to implement, and genuinely do not ruin the Smartphone experience, so I highly suggest you give them a try.

Let me know in the comments below if there are any tips you think I should have included in the list!