There’s a misconception out there that makes you believe using VPN can lead to a slower web browsing experience. The Internet has become such an integral part of our lives that it is now impossible to imagine how we ever managed to live without it. As technology evolves, our accessibility to the internet will also improve. For examples, consider the case of smartphones and wireless routers. They keep us connected 24×7. 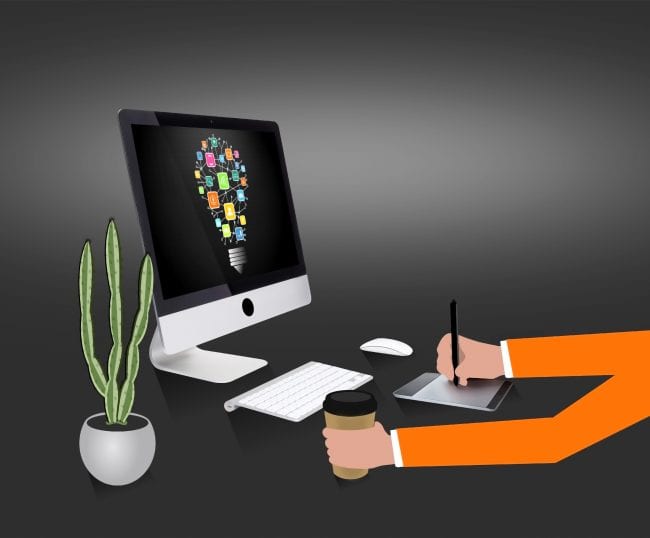 Visit the website of any provider and they will promise you super-high speeds. But are those promises real? Not all VPN companies offer the same speed. Some VPNs are great for streaming videos and others are not so good. How do you know the VPN provider you think is the best offers the right speeds?

We’ll let you know how to test VPN speeds. But before you begin, make sure you select a VPN that offers a money-back guarantee. This is important because if you don’t like the speeds of a particular company, you should be able to get your money refunded. The top VPN companies offer up to a 30-day refund so you should be ready to try without any risk.

How to Test VPN Speed?

Here’s what you should do in order to determine how fast your VPN connection actually is.

Make sure you don’t use a Wi-Fi connection. Wireless connections increase the chance of conflict, thereby reducing your ultimate speeds. If possible, check the speed with an Ethernet cable on your desktop or the mobile data on your phone.

Before you start the test, make sure that only critical applications are running, such as your antivirus. Exit all other applications because they can sap up your device’s resources.

You can check all the background applications running on the system and exit them.

Check the speed of your device without running your VPN. You can do so by visiting Speedtest.net or similar websites. ExpressVPN have a speed test integrated into their VPN application too. Note down the speed. Now start your VPN and test the speed again.

Notice the speed drops before and after connecting the VPN. Also, connect to the server near you. For example, if you’re in Sweden, connect to a Swedish server to see the speeds you’re getting. Local servers offer better speeds in general. In case you’re getting slow download and upload speeds, check this guide on how to improve VPN speeds.

According to your requirements, they will lower their level of encryption to increase speed. Instead of connecting to a specific country, you can try connecting to their special servers. This will offer you boosted speeds.

The Need for Extra Security When Going Online

While constant Internet access certainly provides many benefits, it poses a host of potential dangers too. Fortunately, people are now aware of these threats and take appropriate measures to stay safe.

Cybercrime has become a real threat to our safety and privacy. Anyone who uses the internet can fall prey to it. In order to protect their data from cybercriminals, many Internet users now use Virtual Private Networks or VPNs.

VPNs Keep Our Data Safe On The Internet By Using Encryption

VPNs protect your data and privacy from cybercriminals. When you perform an online banking transaction or send a private email over a wireless network, cybercriminals with some technical know-how can easily intercept your data. VPNs prevent this from happening by encrypting your traffic. Even if the hacker manages to intercept your data stream, he will not be able to decrypt it. By adding an extra layer of protection, a VPN will ensure that your sensitive information does not reach the wrong hands.

Will A VPN Slow Down Your Internet Connection?

This does not always happen but it is a possibility. A VPN could slow down your connection speeds for several reasons.

The VPN Servers Could Be Busy

Free VPNs are almost always over-populated. That means too many people use them but they don’t have enough bandwidth. If you are on a free server, you will definitely face speed issues. However, paid VPNs like ExpressVPN and NordVPN offer high speeds that are great even for online gaming and video streaming.

You need to find the right level of encryption for your purpose. If you are opening sensitive websites, it’s a good idea to use OpenVPN with 256-bit encryption but if you are planning to stream videos, low-level encryption will be a better choice.

Your Hardware Cannot Support the Encryption

If you are using an old device, the encryption may consume too much of your CPU power. This will slow down not only the internet connection but also the overall functioning of your machine. If you have an old machine, make sure you upgrade your hardware.

You Choose a Server That Is Too Far Away

The distance between your actual location and the physical location of the VPN server you connect to can also slow down your internet speeds. Far away servers are known to offer lower speeds than local servers.

How To Deal With Slow VPN Connection Speeds

If you experience the speed issue all the time, here are some troubleshooting steps that might help.

In a lot of cases, the slow downloading speeds you experience when browsing the web using VPN V are a result of overloaded VPN servers. If you’re using a free VPN, you will more than likely suffer from slow VPN connection speeds. To get faster speeds, sign up with a VPN service that offers users premium VPN servers.

Change the VPN Port or Protocol

When you use VPN, the software connects to the VPN servers on a specific port number using a specific protocol. Some networks limit the connection speed of certain protocols or ports. Keep changing the port/protocol until you find out the fastest combination.

Choose a server that is not too far away. This will automatically increase your speeds. Choosing another server may also help you overcome any congestion problems.

Restart Your Router/modem or Switch Devices

Memory leaks may cause your router or modem to slow down over time. You will be able to overcome the speed issue by simply restarting the router/modem. Some devices cannot offer high speeds because they are burdened by the heavy encryption of a VPN tunnel. Old generation Android and iOS devices, NAS, and routers belong to this category. In such cases, it’s best to switch to a device with a faster processor.

Your antivirus or firewall software can reduce the speed of your VPN traffic. Disable your security software temporarily to see if that helps.

Try to Connect From Another Location

It is possible that there is a problem with your connection to your internet service provider. It is easy to determine this. Just try to connect to the internet from another place like your neighbor’s home or a coffee shop.

Your device could have run out of memory or resources and that could be the reason for the ‘fatigue’. Restarting may improve your connection speed.

How To Deal With Slow VPN Connection Speeds

You are unlikely to notice any real change in your connection speeds when you use a VPN. If your internet connection is fast, your VPN connection will also be fast. As long as you have a fast and stable connection, any slowdown will be negligible. And if you do face any slow speed issues, follow the tips mentioned in this post.