Are you a tennis fan? Do you want to witness history in the making for the first time ever? Well then, tune in from January 3rd, 2020 till January 12th, 2020 and watch the world’s best players compete in the first ATP Cup. The tournament will take place in Brisbane, Perth, and Sydney, and it’ll include 60 players from 24 countries. Got you all hyped up, huh? Alright then. Here’s how you can watch the 2020 ATP Cup live anywhere. 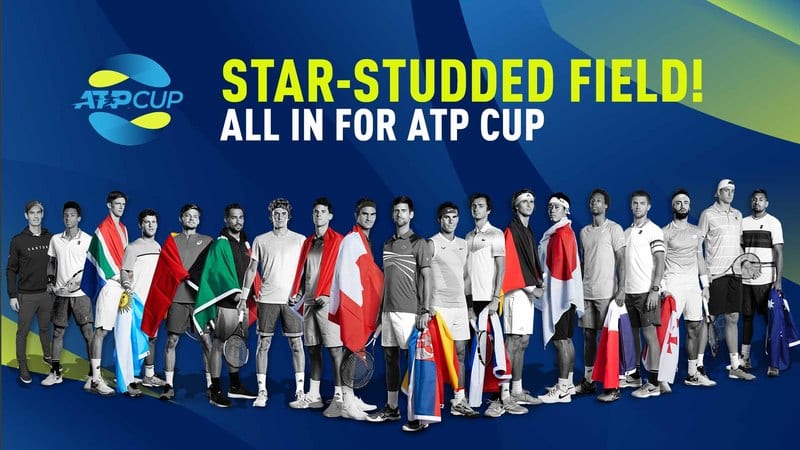 The ATP is kicking off the 2020 season with a blast. The new Cup is on the way, and although it’s still new, it already landed a couple of broadcasting deals in certain countries.

But before we get too excited about this, you should know that the channels broadcasting the tournament are only available in select regions. You see, these services apply what we call geo-blocks to protect their distribution rights.

That’s why they restrict access to their content in certain locations. The question is, how does a channel/website determine your location. Simple, by looking up your IP address.

Your public IP will help any channel pinpoint your actual whereabouts. So, once the channel figures out that you’re not within its area of coverage, it’ll terminate your access at once.

That’s a problem I’ll be solving later on in this article. As for now, here are the official broadcasters of the 2020 ATP Cup:

So, your best option would be Channel 9 as it’s very simple to use and it’s completely FREE. Now, follow the next part carefully and learn how to get 9Now anywhere.

ATP Cup 2020 – Live Streaming All Over the World

As I mentioned, 9Now offers live streaming for free, which means you’ll be able to watch the 2020 ATP Cup without paying a penny. However, the service is only available to those residing in the Australian region.

Anyone who approaches the channel with a foreign IP address will be blocked almost instantly. In case you don’t know how it looks like, the geo-error message is as such:

“Sorry, 9Now is only available in Australia.”

Bypassing regional restrictions has become easier than ever with a Virtual Private Network. Globally known as a VPN, it’s a means to circumvent the internet’s limitations and protect yourself against any cyber threat that might target your sensitive data.

A VPN reroutes your traffic through a private tunnel and encrypts it in the process. Once the connection is complete, you will seem to be accessing the internet from a completely different location. That all depends on where the server you connected to is present.

That’s not all. Your IP address will be cloaked as well, and you’ll be assigned a new one valid in the server’s region. As a result, you’ll have full access to whatever online-restricted service in the area.

For example, if the server is in Australia, the VPN will assign you an Australian IP. Consequently, 9Now and other Australian-based channels will be at your disposal.

I’ve introduced you to what a VPN is and how can it improve your internet experience. Now, let me show you how to unblock Channel 9 and watch the 2020 ATP Cup anywhere:

As I mentioned, ExpressVPN is one of the best providers to get the job done. Among all the VPNs I’ve evaluated so far, this one stands out in terms of speed, quality, and security.

You have 3000 servers in 94 countries to choose from. If that doesn’t break the internet’s limitations, I don’t know what will. Also, privacy comes first. You get features such as a kill switch, split-tunneling, zero-logging policy, and so much more.

However, if the VPN isn’t what you’re looking for, there are several others just as good. You can take a look at the table below and pick an alternative.

ATP 2020 – Inside the First Tournament

At the beginning of the article, I stated that this one is history in the making. Well, if you take a look at what’s included in it, you’ll instantly agree.

We have 24 countries competing in a tournament featuring US$15 million prize money, and a maximum of 750 singles and 250 doubles ATP Rankings points. If that’s not good stats, you tell me what is.

Top players from all around the world will be present in the competition, including Novak Djokovic and Rafael Nadal. However, one top name is missing, and you already know who that is, Roger Federer.

It doesn’t end here. As the legend withdrew from the tournament, the whole Swiss team did as well. In the first round, we have the 24 countries divided into six groups of four teams each in a round-robin format.

In my opinion, it’s the most exciting part of any competition. Sadly, Serbia and Spain are in completely different groups. I would’ve loved to see Novak and Nadal square off at the beginning of the tournament.

Below you’ll find each group and the teams it consists of:

There you have it, folks. You can now watch the first-ever ATP Cup no matter where you are around the world. All you have to do is get a VPN, connect to an Australian server, and watch it live and free on Channel 9.

Tell me, do you think Novak Djokovic and Rafael Nadal will clash this time around? Who are you rooting for? Share your thoughts and predictions in the comment section below.