How to stream Match of the Day in HD free live outside the UK? MOTD is a BBC program that broadcasts 2017/2018 football highlights and analysis. The program is extremely popular in the United Kingdom and abroad as it provides valuable insight into English football. However, fans who live outside the UK cannot follow the show due to geo-restrictions. So if you’re a fantasy league player like I am, you won’t benefit from the valuable information and tips that are presented. But what if I told you that there’s a way around those geo-blocks? Well, two ways actually. In this guide, I’ll show you how to access BBC iPlayer from anywhere in the world and watch Match of the Day using a VPN or a Smart DNS proxy. 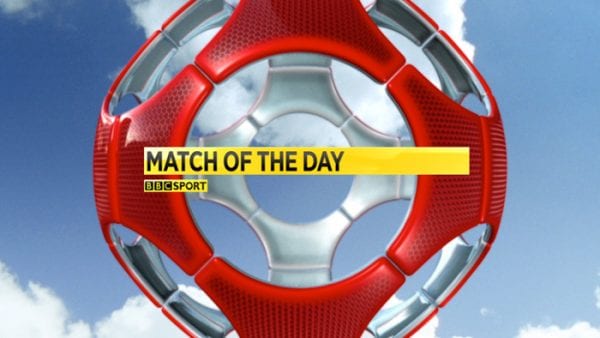 How to Watch Match of the Day Free Live outside UK?

If you live or go outside the UK, you’ll notice that several streaming channels like BBC iPlayer and BT Sport are off-limits. That’s very disappointing if you’re a football fan because not only will you miss matches, but also game analysis and highlights. Match of the Day, or MOTD for short, is a perfect example of such programs. And if you’ve tried to access it from abroad, I’m sure you’ve come against one of the following messages:

“This content is not available in your location. Please try again later.”

To fix that problem, you need to get your hands on a British IP address, and the only way to do that is with a VPN. The virtual private network allows you to connect to a remote server from another region of your choice. Once you connect to that server, your VPN will change your IP to match the country that you selected.

This means that when you connect to a server from the UK you’ll get an IP address from that region. As a result, you’ll trick BBC iPlayer to think that you’re in England and you’ll be able to watch Match of the Day.

But that’s not it. The VPN will also encrypt your online traffic, preventing anyone from reading it. This means that no side can find out what you’re doing on the internet.

Steps to Install a VPN on your Device

Want to watch MOTD from outside the UK? Here’s what you need to do:

BBC started clamping down on VPN IP addresses in 2015, and now few services still manage to get past their geo-restrictions. Therefore, you need a reliable provider that can efficiently unblock iPlayer each and every time you use it.

Now, if you’re a new VPN user, you might find that to be a bit tricky. That is why I decided to help you by rounding up the four best VPNs that still work with BBC iPlayer.

And even though all of them are very capable of giving you access to Match of the Day, the pick of the bunch has to be ExpressVPN. It might a bit pricier than the other brands on the list, but it is by far the best one. I use it myself to watch MOTD on Saturday nights when I’m abroad, and it has never failed me. Now that I think about it, I always use it when I go online because it’s the only way I can ensure my online safety and privacy.

If you simply want to bypass regional restrictions and unblock BBC iPlayer without much care for online privacy, then Smart DNS proxies are a better option for you. Each one of these services has a list of supported channels, so make sure BBC iPlayer is among them.

Proxies only redirect the location part of your traffic through their servers, which allows you to access region-restricted material. However, they don’t encrypt your traffic or hide your IP address.

Unlocator offers you a free 7-day trial period to test out its services before you make a decision. it can also unblock over 200 channels, including BBC iPlayer, BT Sport, ITV, Channel 4, ESPN, and much more.

BBC iPlayer is compatible with almost any operating system. You can watch it on any of the following devices:

How to Watch Match of the Day in HD Free Live Online outside UK?

Instead of searching the web for free MOTD streams which are illegal, use ExpressVPN or Unlocator to get Match of the Day directly from BBC anywhere in the world. You will be able to stream football highlights in HD.

Did you find this guide useful? Let us know in the comment section below.