Bitcoins and other cryptocurrencies are really changing a lot about how we handle our payments. The technology has made it possible for people to have more transparency on how their payments are handled. Cryptocurrency has also made it a lot more convenient & cost effective to do international transactions. Using bitcoins has been very well received especially within the technological world, and this has seen a wide range of services work towards accepting them as a form of payment. In the same spirit, a good number of VPN services have worked towards having their service accept bitcoins, and for a wide variety of good reasons. 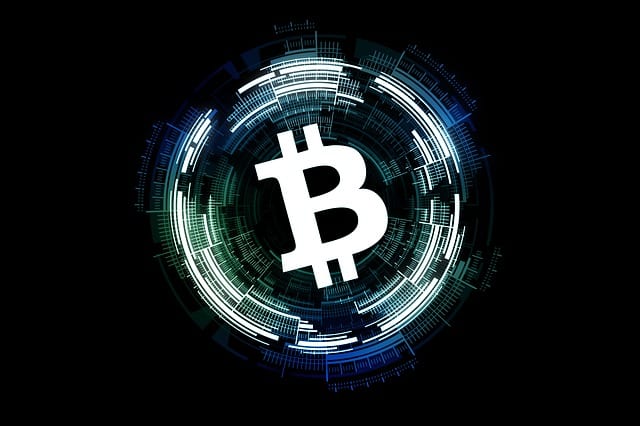 One of the biggest reasons why it makes sense to pay for your VPN subscription using bitcoins is that you’ll get to remain anonymous. Most people tend to assume that by simply using bitcoins for payments, it’ll be difficult for any transaction to be traced back to you. This is not entirely true since transactions from your wallet tend to leave a trail that would probably reveal your identity. To ensure complete anonymity, you’ll have to do things in a slightly more clever way. Our top suggestions would be to create a pseudonym to use with your Bitcoin account and to also ensure that there’s no contact between your wallet and your bank account

If you get all that done and still pay through bitcoins, then your VPN service doesn’t get to record any accurate personal details about you, thereby adding another solid layer of security to your whole online experience. Payments made through bitcoins are also much less likely to get intercepted by hackers and scammers compared to your credit card information since the technology involved is just that much more secure.

Choosing a VPN for Bitcoin Payments

As more and more people continue to embrace using bitcoins either for security or as an avenue of investment, service providers are also beginning to see how necessary it is for them to adapt to their evolving environment. This is why a number of growth-oriented VPN services make it very clear that their service supports a long variety of payment methods, with Bitcoins being rarely left out of that list.

To help you identify which service is more capable of handling your bitcoins without compromising your identity, we’ve put together a list of providers that adapted you can count on so that you don’t have to do the search by yourself. We’ve also tried to highlight a few other features that make them among the best to subscribe to. Have a look at our list of best VPNs that accept bitcoins below:

We’ve previously covered the best VPNs you can use for Bitcoin. Here are our top picks again:

ExpressVPN was founded in 2009 in the British Virgin Islands, and it set out to be the go-to VPN provider for the best protection in online security. The founders made sure to establish the company in a region where there would be no influence of data regulatory authorities, and this allowed them to promise their customers a reliable zero-logging policy. The service also relies on 256 bit AES encryption that works best with the OpenVPN protocol, but this doesn’t keep them from offering L2TP/IPSec, PPTP or both IKEv1 and IKEv2 as alternatives depending on your intended use.

ExpressVPN has about 2000 servers to its name, allowing giving subscribers access to a wide range of sites and channels from all over the world. The service also supports a wide range of payment options, stemming from Bitcoin to Paypal, Visa, Mastercard, Webmoney and a bunch of other well-known payment services. The provider also has a range of stealth servers for connectivity & security in highly censored countries, features such as split tunneling and zero-knowledge DNS, as well as the capacity for up to 3 simultaneous connections under one account. To know more details as well as what you’ll have to pay for a subscription, have a look at our ExpressVPN Review.

This Estonia based service is one of the best choices you could go with especially if you’re looking for a provider that doesn’t cut that much back on your speed. The service has a growing presence in about 22 countries, and like ExpressVPN, allows for up to 3 multiple connections to be made under one account. Security wise, the service offers the standard 256 bit AES encryption and does not place limits on bandwidth usage, server switches or speed on those that rely on its service.

BulletVPN allows you to pay for your subscription through Bitcoins, known credit card companies or PayPal and has a VPN client that is also pretty well set up. Versions of the VPN app are available for Windows, iOS, PayPal and Linux, and they’re all easy to use and navigate through. The service does unblock Netflix, and also offers a Smart DNS service to work around geo-restrictions. Customer support is also always available and can be accessed through email or live chat. To learn more about what you stand to gain from this provider, have a look at our BulletVPN Review.

In our opinion, there’s really no other service that offers such a wide range of features compared to what you’ll get from NordVPN. The provider has more than 4000 servers scattered across over 60 countries, meaning the range of geo-blocked sites and channels that you’d have access to through this service is just enormous. With a capacity for up to 6 simultaneous connections, you’ll be able to protect as many of your Internet-capable devices as you’d want.

Payments for a NordVPN subscription can be done through cash, PayPal, Bitcoins or Credit cards, with support also being available for apps such as Google Play or iTunes. NordVPN is a robust VPN provider that ensures your data is kept private and secure whenever you’re online This is thanks to its strict zero logs policy, an automatic kill switch that shuts down your connection in case VPN gets compromised, DNS leak protection to prevent DNS servers from sending unencrypted queries outside your VPN tunnel, and Tor over VPN support for increased online anonymity. Its servers are well optimized to take care of your streaming, torrenting and downloading needs, and also contain support for P2P file sharing. For more information on these and other features, take a look at our NordVPN Review.

Conclusion on The Best VPNs that Accept Bitcoins

Using Bitcoins or any other form of cryptocurrency is to pay for any service is in many ways more convenient than using money. This is why even VPNs are working towards accommodating it, and ensuring that their customers have the right to remain anonymous even as they use their service.