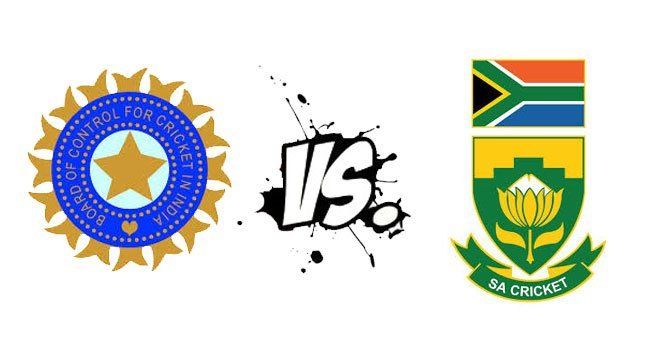 How to Watch India vs South Africa Live Cricket Online?

How to Watch India vs South Africa Series in India Online?

Sony have taken over from Star India as the television broadcaster of major cricket events in India. That means that that Hotstar will not broadcast this year’s cricket series. If you want to watch India’s Tour of South Africa live online in India, you can do so on Sony Liv. The SonyLIV app is available for all Smartphones, Tablets, iOS devices, Android TV, Sony Bravia TV and Chromecast.

In case you currently live in South Africa, you can watch India vs South Africa cricket series live online on SuperSport. The popular sports channel has exclusive broadcasting rights of various sporting events in several African countries. DSTV’s SuperSport can be watched on PC, Mac, Android, iPhone, and iPad.

How to Stream India vs South Africa 2018 in UK Live Online?

Cricket fans in the United Kingdom can follow all major cricket action live on Sky Sports. Last summer, the British broadcasting giant even launched a dedicated cricket sports channel. If you do not have a Sky Go subscription, you can alternatively sign up with Now TV which offers identical content online. Sky Sports has gained exclusive broadcasting rights of India’s Tour in South Africa 2018 in the UK. You can download and install the Sky Go or Now TV app on Android, iOS, PS4, Apple TV, Roku, and Xbox One devices.

How to Watch India Tour of South Africa 2018 Live Online Anywhere in the World?

In case you’re an expat currently working or travelling abroad, you won’t be able to watch your favorite sports channels online due to geo-restrictions. That means an Indian expat who lives in the UK, New Zealand, Pakistan, Australia, or USA cannot watch SonyLiv because it’s geoblocked outside India. The same applies to all the other channels listed above. To avoid these geo-restrictions, you have to use VPN, or a virtual private network, which allows you to spoof your location online, giving you the ability to unblock geoblocked cricket channels from around the world.

ExpressVPN are the best VPN service provider you can use to bypass geographic restrictions imposed on various sports channels. They have VPN servers all over the world and even offer a 30-day money-back guarantee. Once you sign up with them, download and install their VPN app on your streaming device. Finally, connect to a VPN server from within the app and enjoy unrestricted and secure Internet freedom.

How to Watch India vs South Africa 2018 Live Online

That’s all you need to know about how to watch the India Tour of South Africa 2018 live online around the world with the help of VPN. India have never won a Test series in South Africa. However, they recently beat both Australians and Sri Lanka, ending 2017 as the number one ICC Test team. If South Africa manage to beat India, they will surely be considered the number one test team though.